“I am concerned for the security of our great Nation; not so much because of any threat from without, but because of the insidious forces working from within.” — Douglas MacArthur 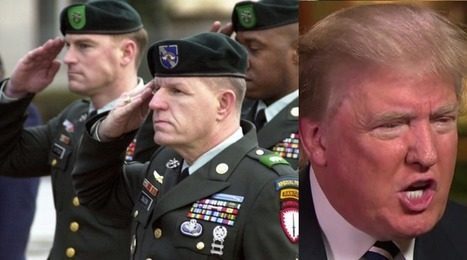 Mr. Cruz, a lot of people have noticed that you are mimicking Trump a lot lately.  For example, you have been talking a lot like Trump about a wall. You said you spoke of a wall way before Trump  did and he took your idea. Ted, there is a difference between saying something and developing a brand for something. When you turn around at a debate and declare you are going to build a wall and have Trump pay for it? That could have only been funny because Trump has spoken and described the wall he was going to build, known by all as- the Trump Wall and the kicker is, he will have Mexico pay for it. Without Trump’s branding your unoriginal mocking line of “And I’ll have Trump pay for the wall” would have fallen flat.
It is obvious that the software analyzing data equipment that your campaign is using to sift through every piece of social media to figure out the mentality of a Trump voter….does not mean you will ever be able to remake yourself into the Donald.   Nor does it mean that by saying the same things other candidates are saying you will ever get the crowds Trump is drawing. Nor does it mean if something happens to Trump that all of Trump’s supporters will flock to you.
Honestly Ted, the analyzing trend spyware that lets you know the people want this or that is about as lame as thinking a Luntz guinea pig audience wired up for emotional responses is a true indicator of what all of America wants. Why? Because it fails to apply the human element. The element that people are living beings that are in constant motion and change. They have emotions and reason. Meaning they may love you today but hate you tomorrow , then love you again, and vice versa. Your data places people into robotic slots and categories , tagged with a label. That’s all that your data does.
What it won’t show you is the heart and soul loyalty factor. That’s when your supporters are in the game with you. It’s when they love you in spite of your failings and cover your back while you get back on your feet.   It’s when their guy gets hit, they get hit. It is a real “We The People” and a real “Commander In Chief”.
Another thing your data fails to have in the equation is the heart and soul of the man named Trump. Trump could sit down and tell you every thing he knows and Ted, you can try to mimic it….but it will never work. Why? Because Trump is unique, he is genuine, the real deal, one of a kind. No matter how hard you try, you will always look like a pitiful version of “Mini Me” next to Trump. 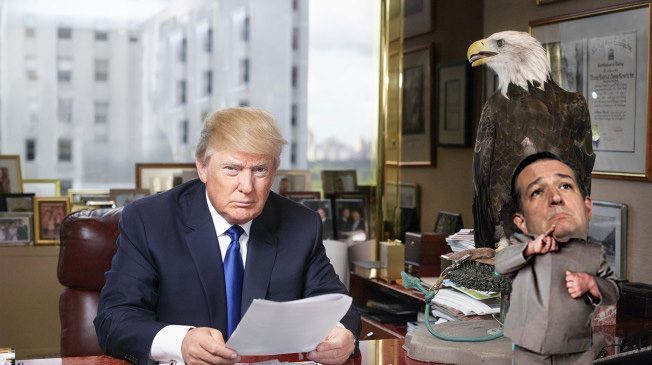 If for some reason Trump was no longer in the equation, his supporters would no more choose you than General MacArthur’s soldiers would surrender to the enemy if he went down. It is called the heart of a true American. The heart that as long as it is beating, will never allow anyone to turn their America into a north American union. So take your spyware data and your CFR friends and depart from here. Tell them I read their Task Force report that mandates the President who wins the 2016 election must make their main focus one of finalizing the development of the North American Union Goals.
I am sure Trump has too. We are no longer sheep so easily led to the slaughter.
“I see that old flagpole still stands. Have your troops hoist the colors to its peak, and let no enemy ever haul them down.” — Douglas MacArthur
Dianne Marshall