Why Do We Have 900 English Bible Translations? Yashua (Jesus) said, God is not the author of confusion.

But man says…we need more versions, and the more we have, we build back better!

What could possibly go wrong with 900 different translations? And why are so many needed?

From Dec. 2, 2009, there were 900 English translations of the Bible. according to the American Bible Society which happens to be affiliated with world organizations.

So, how many words got watered down in this process? If I were making a jello and kept adding water it would eventually reach a point where it would not gel together. I suspect we may have a bad batch of jello on the shelf….and we are selling it as the same thing as what was intended in the original recipe.

I recently took a deep dive to figure out how we got to this extreme point for the English versions of the Word of God and was led to some valuable truths.

One of the most fascinating finds was from a “Restoration” conference in Portland Oregon in July 2008. The conference showcased the archeological, historical, manuscript, textual, and cultural evidence of an original Semitic/Hebrew New Testament, presented by Jeff A. Benner.

I was very surprised to find that the New Testament was originally written in Hebrew. All of it!

This is a very interesting video series of the history of the new Testament and it’s original authors before translations began. Every item spoken of is documented and proven through the Hebrew text, it’s grammatical applications and the Hebrew Old Testament writings as well. I hope you all enjoy the videos. They are educational, and each one is short which makes it easier to view and process.

The New Testament was originally written in Hebrew. Not in Greek. Watch the video and see the real history and find how having a correct translation makes the Word of God come to life.

Part one of Six- Semitic origen of the new testament by Jeff A. Benner

Why would a Jew go out of their way to write in Greek when they were discouraged to even learn any language other than Hebrew?  We now have many archeological proofs to support the facts presented in the video, of which Benner presents clearly and succinctly.

For example, in part three, compare the King James Version of Matthew 23: 1-3 with the Hebrew translation:

23 Then spake Jesus to the multitude, and to his disciples,

2 Saying The scribes and the Pharisees sit in Moses’ seat:

3 All therefore whatsoever they bid you observe, that observe and do; but do not ye after their works: for they say, and do not.

In the above King James Version, the translation reads like Jesus is telling them to do all that the Pharisees and Scribes tell them to do, and at the same time, don’t do after their works for they say and do not. It is not clear where the dividing line is. And do it because they sit in the seat of Moses of authority.

Where in the Hebrew translation it is clear that Jesus told them to follow what the Perushiym (which are the Pharisees that teach), and the Hhakhmiym (which are the chief Jewish legislative and judicial body) tell them about Mosheh (Moses) but NOT to do their taqanot and ma’asiym (which are man made doctrines and traditions) for they say it and do not do it. It’s like saying follow the constitution, but don’t follow the laws made by Congress because they are not constitutional. For example, like COVID mandates, and gun grabs, while at the same time, they exempt themselves from the laws.

Yeshua (Jesus) is specifically telling them NOT TO FOLLOW THEIR MAN MADE LAWS.

Did Paul write in Greek or Hebrew?

Why was the Roman Tribune surprised that Paul knew Greek? Could it be because he was Jewish and Jews were discouraged to learn other languages and spoke only Hebrew? Was the Tribune surprised to hear Paul speak in his language and wondered how he learned to speak Greek? Yes!

So, even though Paul was a citizen of Rome, by birth, he was a Jew and did all the Jewish customs. It is ridiculous to even think that Paul would write his letters (instructions to the churches) in Greek to Jewish readers any more than he would speak to the Jews in the Greek language that they could not understand.

Acts 21:40 confirms this analogy for Paul then addresses the crowd in the Hebrew language.

In Matthew 5:3 it reads: 3 Blessed are the poor in spirit: for theirs is the kingdom of heaven.

The hebrew word was humble not poor in Spirit. Humble in Spirit..is genuine gratitude and a lack of arrogance,…poor is to be without. It would not make sense to say Blessed are they without spirit for theirs is the Kingdom of heaven…for that is not who inherits the kingdom. It is inherited by those with the Holy Spirit. Not without. Blessed are the humble is the best word that applies. Why didn’t our KJV transcribers say humble like the Hebrew word used?

Either translators didn’t know the Hebrew language well, or they copied it from a copy of Greek….or you can have a number of guesses…but, the bottom line is that they did not get it correct.

Keep pressing toward the Kingdom and along the way…press for truth in all things!

Very informative (and enjoyable) series of ‘lectures’. They confirm much of what I was taught some 40 years ago regarding the ‘Greek origins’ of the New Testament. Lately I have seen some videos of one Nehemia Gordon who is somewhat an authority on the Hebrew copies of the New Testament.
I was taught some 35 years ago that the NT was originally in Aramaic since there was not at that time much talk or evidence of Hebrew copies in existence. Many of the older Greek copies have Aramaic sentence structures in them, that disappear with subsequent copies. This suggests at the very least that the Greek copies were translated from previously existing Aramaic ones.
I also believe it should be said that the translations from the ‘original language’ in many cases, particularly the letters to the Corinthians would have been done very soon after their arrival in that city. Corinth was very cosmopolitan with a significant presence of Hebrews (they had a synagogue) as well as Latin speakers and of course Greek.
There is something that Nehemia Gordon brings up re: the Hebrew Mathew and that is the expansion of the Name of God, commonly transliterated Yahweh. He says that does not make sense as the early Hebrew copies of Mathew give the Name as Yahovah. Just food for thought.

I only read, speak, understand English of America. So the different languages I look up & see what the word meaning really means in that verse. I get a better understanding of the verse. Hebrew, Arabic I cannot read or look up, I start with the first page of the dictionary & work my way back till the symbols look like it. I have always studied this way. I have a lot of dictionaries, so I have company. A person learns alot page by page. 🙃

You don’t add or subtract in words or deeds.

Diane, the Apostle’s all spoke a different dialect of the Greek language. The New Testament, in its fulfillment was written in the Greek. During the time of Christ, Hebrew was only spoken during ceremonial rituals and not widely used.

the word “tongue(s)” is translated into only two words, “glossa” & “Dielectos” meaning dialect. Glossa is where we get our word “glossary”.

the ONLY bible you can trust is Textus Receptus 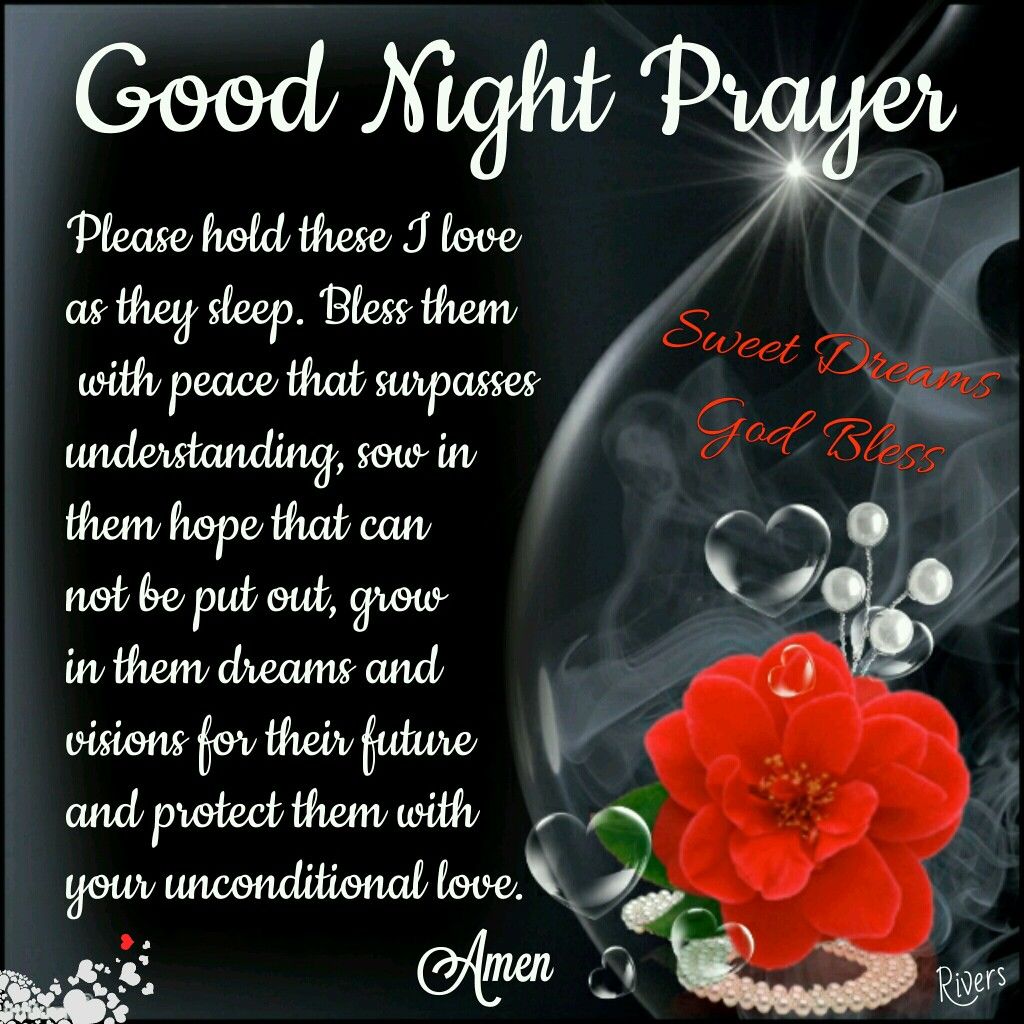 Excellent lecture by Jeff A. Benner! I have been learning biblical Hebrew for a good part of the past year using the Alef with Beth course.. I now know I don’t have to worry about learning Greek.

I hear you Frank. I have the Greek and Hebrew lexigons…and never even looked at the Hebrew because of being told the New Testament was written in Greek. That was a big lie. We have bought into so many lies. It is time for the truth!! Expose the truth and the lies fall like dominoes!

Thanks Diane for these videos. I’m going to save these and listen to everyone. There are always questions on who wrote the Bible and where did it originate. Some people say with so many translations who knows if this is really what God said. I believe every word because God said If man changes anything in the bible he will??????? be doomed? What is the rest?

It was not good what happens to those who change God’s word.

What a great post! I now go through scripture and translate it with Hebrew and it is astonishing what you get! This is why we MUST look to the Holy Spirit to be our Teacher in all the Father Gods words. No one should call any man teacher, priest, pastor, rabbi but only God.
God showed me that I must look only to Him for instruction……especially in these times it is imperative.

What God, I Am starts he finishes

Translate that for me? ☺