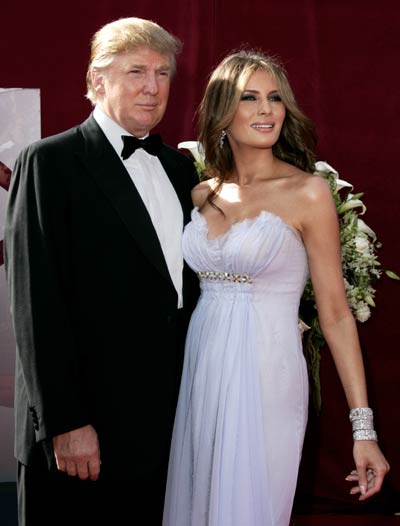 President Donald J. Trump is building two walls.  One on the border to protect USA citizens and one in the White House to keep out political swamp water dwellers!  As many have reported, the globalists are very nervous and relentlessly firing their best below the belt media bashing at our next President Trump and his entire family.
Do not believe the media lies being vomited out now any more than the ones they all spewed prior to Trump’s historic win.  There are so many spin doctors out there creating their own news and the Soro’s paid thugs are still being bussed around the country.
One of the sickest and actually most laughable media whore news lines is the one where the designer for the present First Lady (or whatever) is refusing to dress Melania Trump.  Well, I look at Melania and she needs no help from the one who dressed Michelle in her 1950’s style sundresses and black with smacks of red blotched ‘belly’ design dresses.  Michelle can keep her style along with the “Oven Mitt” designer who dressed Hillary.
I for one am looking forward to American made steel, American made cars, American made clothing, along with law and order.  It is time to get innovative and make America safe and great again!
Dianne