Soul War tells it like it is on Twitter!  An amazing thread that needs to be seen! It explains the chain of events being slung at America by our progressive darlings who desire to topple the peoples choice to make America Great Again by electing their President Donald J. Trump, and heaven forbid re-electing him. They have years of practice at regime change toppling… but, it will not work under President Trump and it will not go unreported thanks to patriots like Brent Cates, also known as Soul War on Twitter, who knows the drill. 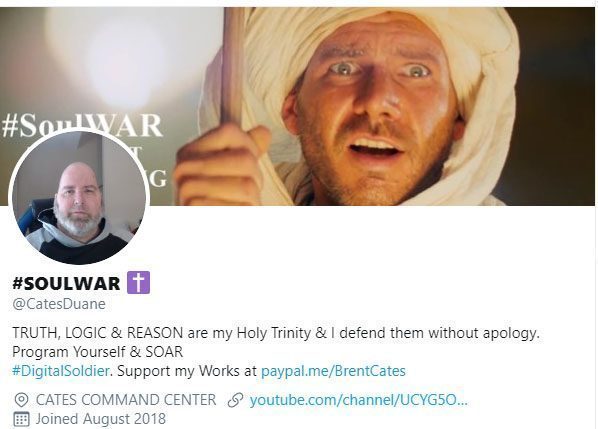 Written by Brent Cates, reprinted from his Soul War Twitter Thread
On Wednesday, June 3rd AG Barr revealed to the VILE Press & the despotic DC Denizens what He & President Trump had done to FOIL THEIR INSURRECTION & hopes for a KENT STATE 2.0 where Protesters would die at the hands of the US Military in a severe CRACKDOWN.

The STAGE had been set by the Democrat Governors & Mayors=a PERFECT STORM of chaos that would FORCE Trump to act arbitrarily=Americans being killed as their neighborhoods were ravaged & savaged by rioters, looters & arsonists. Trump’s #1 job is to protect Americans.
The Democrat Governors & Mayors were not activating their National Guard to restore order & in many Cities the Mayors were having the Police STAND DOWN & giving the Mob “space to destroy.” This was all done trying to get Trump to send in Regular Military WITHOUT THEIR PERMISSION.
When that happened their Democrat Operatives would ensure a bloodbath. There are 1,001 DIRTY TRICKS to “push” Soldiers & Protesters into attacking. Operatives dressed as Soldiers shooting Protesters. Operatives dressed as Protesters shooting Soldiers. ALL blamed on Trump.
This was beyond depraved. IT WAS DEMONIC. A long planned insurrection used the death of George Floyd to launch a Nationwide Terror Attack to bring down Trump & possibly collapse the Nation. Trump was supposed to blindly stumble into this quagmire & start a Civil War.
Every Major US City was overrun for days with massive amounts of Arson, Looting & attacks on Police. Black Americans, outraged at Floyd’s death were HORRIFIED when Antifa appeared & proceeded to burn down every business in sight, INCLUDING THOSE OWNED BY BLACKS.
Loads of Bricks, to be used as weapons & smash windows were strategically placed beforehand by someone (DEMOCRAT OPERATIVES) to add to the mayhem. President Trump was supposed to crack down HARD & overreact sending in TANKS & MACHINE GUNS. A recipe for disaster.
Trump, Barr & Secretary of Defense Esper FOOLED & BEAT ALL OF IT. Esper appeared to dither indecisively about deploying the Army & when he finally did so most of them had only Riot Shields & Batons. No Tanks or MG’s. The Arson & the worst of the Looting had ALREADY SUBSIDED!
May 27, 28 & 29 was the worst of the Arson & Looting. But SOMETHING HAPPENED over the Weekend of May 30th & 31st. We may never know exactly what occurred but the systematic Arson STOPPED on Saturday Night like someone threw a switch. On Sunday 1,000’s of Protesters were detained & sifted & KEY Arrests of High Value Targets made.
Except for places like NYC where Mayor DeBlasio still stood down the Police, most of the looting ceased by Monday. TRUMP DEFEATED A LONG PLANNED TERROR ATTACK ON AMERICA IN 3 DAYS.
By Monday the vast Mobs were just milling about.
Wednesday Barr spilled the Beans = He & Trump activated 100’s of Federal SWAT Teams from all the various Branches of the Federal Government. EPA has SWAT Teams. The Dept. of AGRICULTURE has SWAT Teams. 1,000’s of Agents. US Marshalls, ATF, Federal Prison’s SORT Teams.
So as Esper TRICKED these degenerate Sh**weasels who had set the Stage for their longed for bloodbath (BYE BYE, TRUMP!) These Teams were quietly deployed to all major Hot Spots & restored order as Federal Agents can be deployed without Democrat’s permission! NO KENT STATE 2.0!
No Kent State replay on Trump’s watch.
The MSM threw a FIT when Barr explained what he & Trump had done. MSM=BY WHAT AUTHORITY CAN YOU DEPLOY THEM? Barr=They’re Federal Agents, not Military, **WE DO NOT NEED PERMISSION.** What happened within minutes of that Presser ending? #DefundThePolice!!
They hoped the PANDEMIC would collapse the Nation. Nope. They tried to collapse the Nation with LOCKDOWNS. Nope. Now comes their loooong planned INSURRECTION! FAILED. You just witnessed a FOREIGN INFLUENCE’S (Communism’s) LAST DESPERATE GASP!
I often talk about the devastating impact of Foreign Money & Influence on America. I don’t hate the people of other Nations per se I DO hate people & Nations that actively attempt to destroy my Nation & freedoms. MANY, MANY, TOO MANY of our Politicians are OWNED by other Nations.
When you **take the Money** THEY OWN YOU. I post these pics FOR NO REASON WHATSOEVER! Pic 1(below) “Tell Vlad” (Who owns me LIKE HIS BITCH…)
Pic 2 Trump is probably thinking of DEAD AMERICAN OPERATIVES in Iran & China via Hillary’s Unsecured Server.
Understand & hear this CLEARLY=The Foreign Influence which was like a IRON GRIP on our Throat is being BROKEN. Some of these Governors & Mayors are all in, utter ideologues. But some had NO CHOICE. OWNED. DO AS YOU’RE TOLD. They thought Trump would GO BRUTAL like they would…
They FUNDAMENTALLY misunderstand Trump & Americans as our Enemies always have. WE are nothing like THEM.
@SecPompeo

warned our Governors months ago. “WE READ YOUR MAIL, IDIOTS” Now would be a great time to end your “relationship” with the CCP.

Oh well…
So they tried an insurrection. Using BLM Protests as a COVER. With anywhere from 200-400 FOREIGN TERRORISTS attacking us on OUR SOIL Nationwide.
https://twitter.com/i/status/1267458055140192256
Rioters outside #WhiteHouse. Man says in Mandarin Chinese, “Go, go, hurry up, leave quickly!”
@realDonaldTrump

@SecPompeoinvestigate, you need to investigate what kind of a role #CCP is playing in this when #US and world want to hold CCP responsible for #CCPVirus #pandemic.

AMERICA SWALLOWED THEM. (B-U-U-U-R-R-R-P!!) In ONE NIGHT. 1 Day to realize the NATURE of the Attack. Thur. May 28 1 Day to deploy COVERTLY & monitor movement. May 29 1 Day to take them out/capture them.
Saturday May 30th Geneva Convention DOES NOT APPLY.
Eight DECADES of planning, scheming, positioning in Hollywood, the Courts & Academia just came CRASHING DOWN IN FLAMES. Frankfurt School, Alinsky, Ayers, ALL THEIR EFFORTS come to nothing. They will not recover from this. Trump is only going to grow STRONGER.
Antifa is flailing about, DECAPITATED. The crowds of Protesters are still coming out, but without the KEY AGITATORS there to guide/direct them to attack police or loot & destroy property most of these Riots have turned into ACTUAL PROTESTS that look like Block Parties.
The MALEVOLENT Influence over those Crowds, that delighted in degenerating them into violent Mobs is GONE. Federal Agents are on over watch to stop any violence. We are now witnessing the Protests as they SHOULD HAVE BEEN.
All it took was THREE determined Americans unafraid to find a solution & DEFEND AMERICA. Stability & Prosperity are going to come ROARING BACK! As America’s Enemies grind their teeth in USELESS RAGE.
Foreign Operatives & Domestic Concern Trolls descend to disparage Esper in 3…2…1! /End
Thank you to Brent Cates, AKA- Soul War, for his investigative reporting and spot on exposure to what is really taking place.
Fake news will not expose the truth. It takes honest patriots like Brent Cates to expose the corruption and deceit.
If you would like to support his work, you can donate at this link. (any & all support is greatly appreciated!)
@drawandstrike