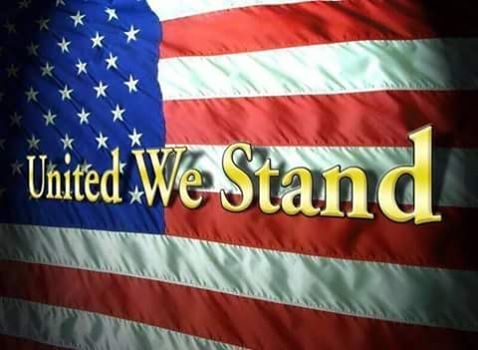 Who is Heidi Cruz? She is one interesting lawyer! Did you know that she sat on a Council on Foreign Relations task force for the North American Free Trade Agreement (NAFTA)?
WHY do you people think our Government won’t secure our border? Do you think it is Incompetence? Ignorance? Is it to destroy the nation? Well a lot can be said about all of those at this point but lets just say the SPP (Security and Prosperity Partnership) CFR and that sweet little task force has other plans! Open up the borders and go deeper south into Mexico and beyond!! Awake yet?? Yes they are actively working to create a new nation of North America, called the North American Union, (NAU) just like the EU, with a controlling politburo, where members are NOT elected by the people.
Maybe this election year where everything is all chaotic is a test run for the up and coming process of new appointments in leadership?  Did anyone ever think of that one yet?  I sure am. Why else would they all be laughing and carrying on like election fraud is normal.  The only ones this seems to be driving crazy are the good guys!
You see nothing that looks chaotic at this time REALLY is.  Everything has a reason, and a plan.  We the people are supposed to be too stupid to figure things out. For the most part…they do score an A on that one.  Yet, there are a few of us that see what they are doing and we have an obligation to God and Country to share the truth, even if it falls on deaf ears.
So as Trump pointed out early in the primaries husbands have a way of sharing things, kinda like bouncing things off, with their wives.  And vice versa. So it is HOG WASH to believe that Ted Cruz did not know anything of his wife’s work, and vice versa. So let’s look at the big picture for a minute.
Heidi Cruz was also the “SPECIAL” Assistant to Ambassador Robert Zoellick. So? Who is that? He just happens to be former U.S. trade representative, deputy secretary of state, president of the World Bank, and vice chairman of Goldman Sachs (2006-2007). As U.S. trade representative, Zoellick played a key role in the passage of the Central American Free Trade Agreement, the U.S.-Vietnam Free Trade Agreement, the Jordan Free Trade Agreement, and the restoration of fast track negotiating authority via the Trade Act of 2002. He was also a top U.S. negotiator during the General Agreement on Tariffs and Trade (GATT) negotiations that lead to the formation of the World Trade Organization (WTO).””U.S. Trade Representative Prior, Zoellick was appointed United States Trade Representative and assumed office on February 7, 2001.
As a member Bush’s Cabinet, he served with the rank of Ambassador. Zoellick is a member of the Council on Foreign Relations, as well as the Trilateral Commission, and was one of the signers of the January 26, 1998, Project for the New American Century (PNAC) letter to President William Jefferson Clinton. Zoellick completed negotiations to bring China and Taiwan into the World Trade Organization (WTO), developed a strategy to launch new global trade negotiations at the WTO meeting at Doha, shepherded Congressional action on the Jordan Free Trade Agreement and the Vietnam Trade Agreement, and worked with Congress to pass the Trade Act of 2002, which included new Trade Promotion Authority.
In an October 2007 speech to the National Press Club, Zoellick stated that “we are working with our Board to significantly step up our assistance to the international efforts to address climate change. At our upcoming Annual Meetings and at the UN Climate Change Conference in Bali this December, I hope to outline a portfolio of ways the World Bank Group can help integrate the needs of development and low carbon growth. We need to focus particularly on the interests of developing countries, so that we can meet the challenge of climate change without slowing the growth that will help overcome poverty.
Now why is this important?  If you haven’t figured it out yet this has all been part of Obama’s policies.  And now, the man running for president named Cruz, who was all for TPA, and said he was against TTP, yet, because he was against it made the move for the final vote to require only a 51 vote simple majority that got it passed to head to President Obama’s desk to be signed. Why?  Gee?  To insure that the corruption in the TPA was no longer prevalent. Oh my head hurts. (Are you understanding how this is all connected yet?)
In addition to being the Special Assistant to Ambassador Robert B. Zoellick, U.S. Trade Representative  HEIDI S. CRUZ is an energy investment banker with Merrill Lynch in Houston, Texas. She served in the Bush White House under Dr. Condoleezza Rice as the Economic Director for the Western Hemisphere at the National Security Council, as the Director of the Latin America Office at the U.S. Treasury Department, and of course her CFR contributions for a North American Union Merging Task Force for five years.  Prior to government service, Ms. Cruz was an investment banker with J.P. Morgan in New York City.
There seems to be a reason Rafael Cruz has his hands in so many things and specializes in the art of double talk. The dangerous thing is, he is in the Senate insuring the establishment sustainable development goals are accomplished and plays games of innocence regarding his involvement. Please enjoy the video. And please understand, if Cruz isn’t elected, the establishment will merely find another. Like a Rubio perhaps? The only one standing up against all of the establishment plans is Donald J. Trump.

Dianne Marshall
NOTE: Everything is merging together in this election to create chaos, ridiculousness, and it will increase to the point, (mark my words) where the people will say – we don’t ever want to see an election process like this again! The system is broken and MUST BE CHANGED.  In so doing….they get what they are designing.  A north American union where the leaders are appointed, based on sound resumes and principal.  The same as any CEO of a great company. That way we will never have to go through all the crazy stuff again. That will probably come about in the election of 2020 or 2024 – the year they have the final pieces in place?  Or before….?  Know the game.  It’s beyond chess now.
AMERICA THIS IS IT….THERE IS ONLY ONE LAST CHANCE TO GET THIS RIGHT.  TRUMP IS THE ONE WHO CAN DO IT.