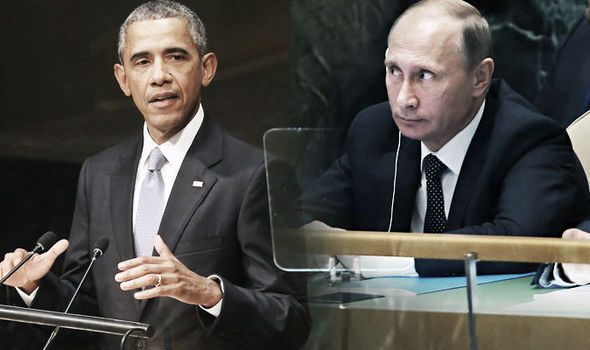 The Russian Ambassador to the UN, stated that both Turkey, and the US failed to notify UN Security Council of ISIS oil smuggling.
“Under Resolution 2199, adopted on our initiative in February, countries are obliged to provide information (about financing terrorists) to the Security Council – if they have such information. That means the Americans had to provide such information, and of course Turkey, which should have reported any illegal [oil] trade going on there. They didn’t do it,” Churkin said.
The UN Security Council unanimously adopted a resolution targeting ISIS finances that would give strict consequences to nations who turn a blind eye or deliberately allow  such actions.
The Czech President, Milos Zeman, stated that ‘Turkey acts like ISIS ally, and should not be an EU member.  He boldly declared that Ankara sometimes behaves like an Islamic State (IS, formerly ISIS/ISIL) ally, even though Turkey is part of NATO. “I think Turkey is indeed a member of NATO, but sometimes behaves as if it’s more an ally of Islamic State. It removes oil from Syria which finances Islamic State,” said the Czech President.
President Zeman also dismissed the EU’s intention to pay €3 billion (US$ 3.28 billion) to Ankara in order to better cater for the needs of 2.2 million Syrian refugees in the country, an agreement that was made in November with Turkey and the EU.
“The Roman Empire, before it collapsed, also paid tribute money to barbarians for them not to pilfer its territory. Turkey, on its part, is able to accept these refugees not only because they make up a mere fraction of its overall population, but also because they share the same religion [with Turks],” he said.
He added that he does not see “danger in Islam as such” but in “transferring these [Muslim] habits to Europe.”
Once again, Trump was correct in the folly in accepting Syrian refugees into western nations.  It just is a wrong thing to do.
It is apparent to the entire United Nations council that the US foreign policy has failed in defeating ISIS, and succeeded in making it worse. Backing off from toppling Assad seems to be a move to prevent more demonstrative actions taken against the US for what appears to be willfully allowing the financing of ISIS, and other scrutinized maneuvers in the region.
https://www.youtube.com/watch?v=Tc6Fg-fDL8I