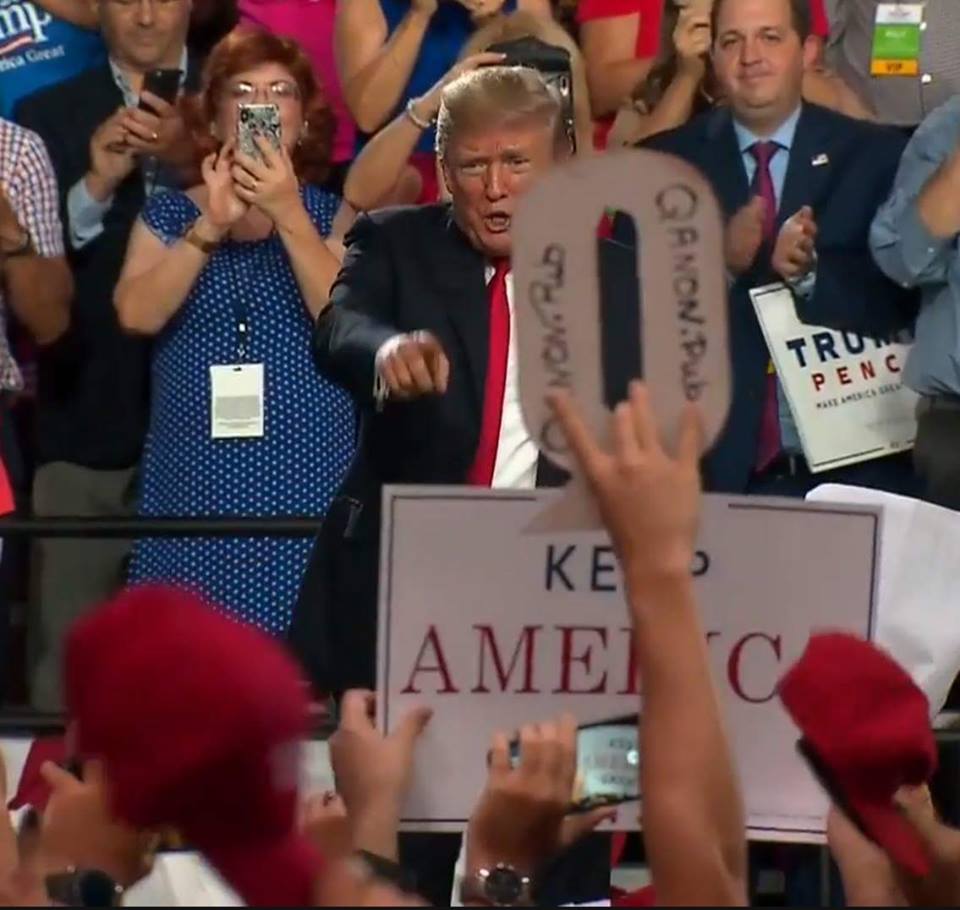 Mainstream Media has finally been confronted with addressing Q after numerous Q supporters were present at President Trump’s recent rally in Tampa, even Wikipedia has put up a page upon Q Anon now… All because of a larp? All for an internet troll? Obviously not. While MSM down play the number of people interested in the Q drops upon 8chan, the truth is unquestionably that tens of millions of people now follow the intel drops from Q.

The Q phenomenon has truly gone world-wide.  TIME Magazine recently acknowledged that Q was one of the 25 most influential people upon the internet, they also admitted that over 130,000 videos have been made upon Q on YouTube. That was a month ago, where are we at now 150,000? All for a larp? All for an internet troll? Obviously not.
Q is said to be in close contact and in close coordination with the Trump Administration and indeed with President Trump himself. Among the drops have even been photos taken aboard Air Force One, from Camp David and even from the President’s desk in the Oval Office. 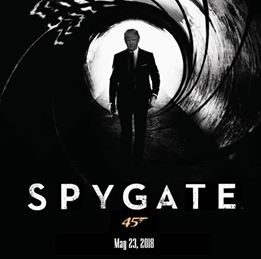 Q has also been confirmed by the President’s Twitter feed numerous times as the President has tweeted out the same phrase and/or key words shortly after Q has dropped. Even the odd phrase “tippy top” came from the President himself at the White House Easter Egg Hunt after Q mentioned it… The proofs of all of these things I just mentioned are well documented, so a long tirade upon the legitimacy of Q is utterly pointless. That brings us to the purpose of Q? 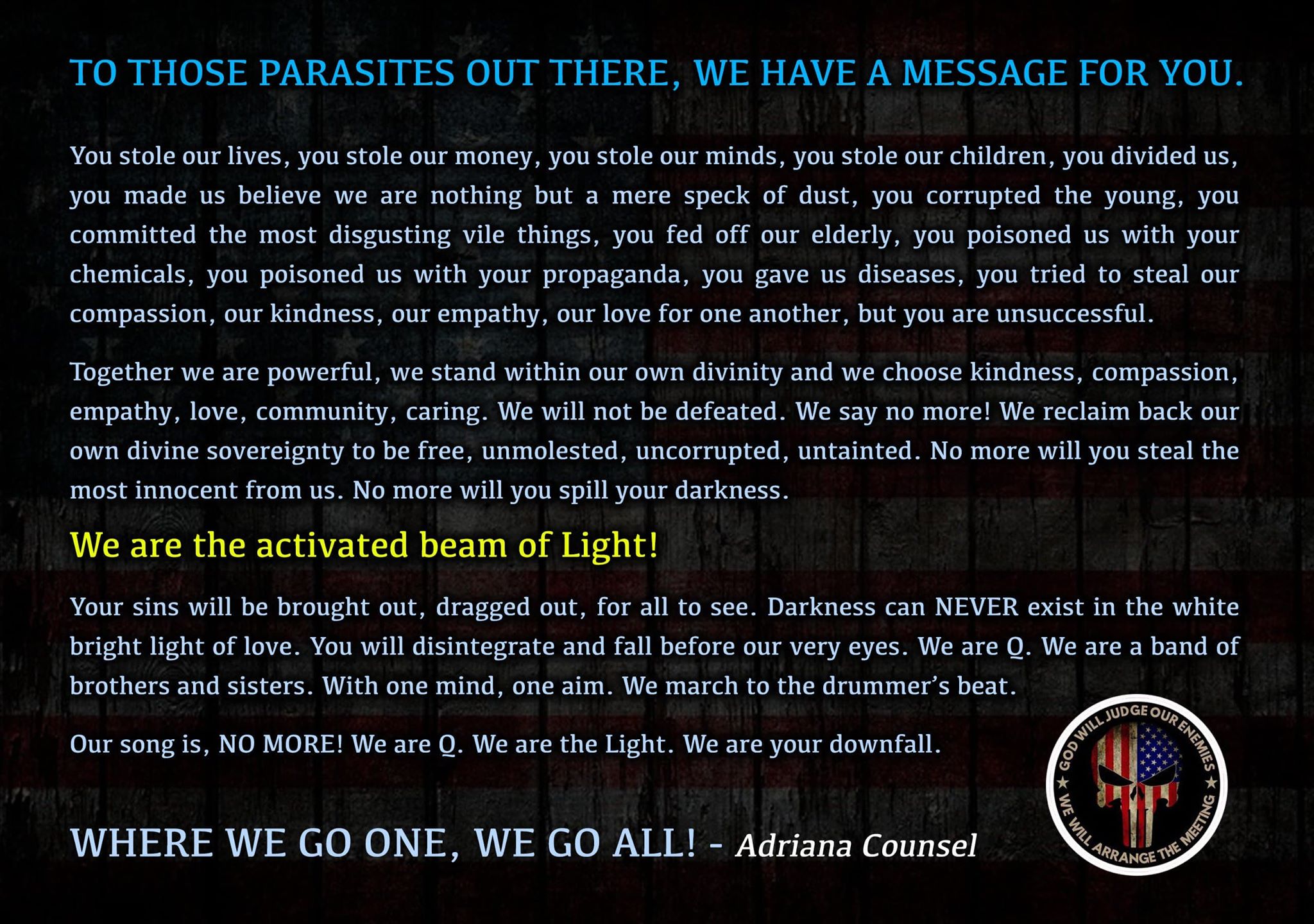 Why indeed is this happening and why has it become an international phenomenon?
Q quite simply is a well- organized information source that can bypass the corrupt Mainstream Media and communicate directly with those who will research and spread the information. It is the President’s way to let us understand what is taking place, what we are up against and how everything is being dealt with… To be precise Q has informed us of THE PLAN. 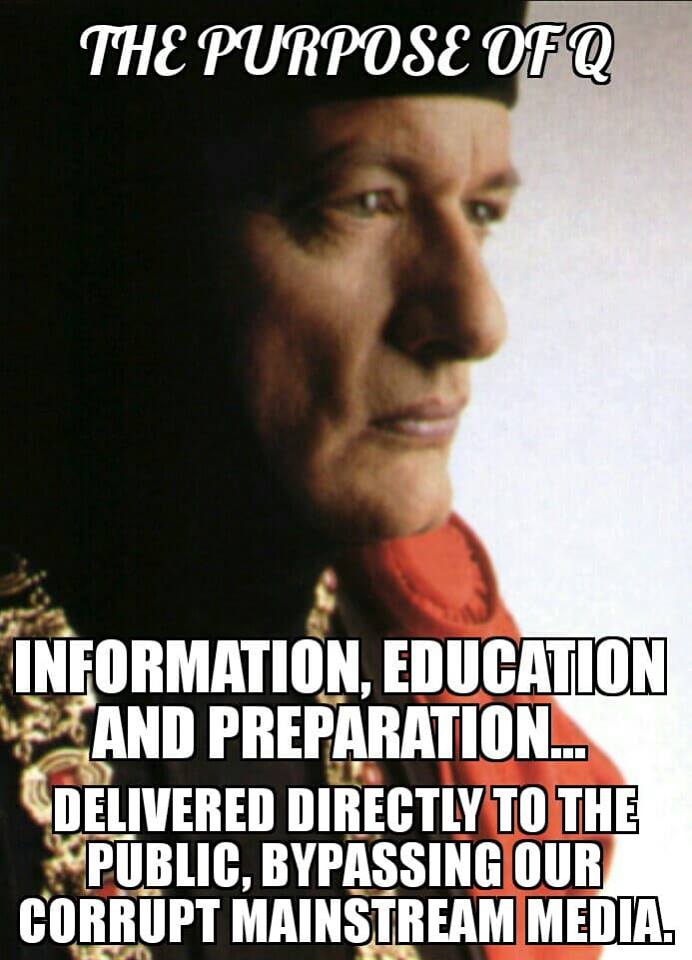 It is literally a plan to save the world. One Patriot, (JOE M / @StormIsUponUs) has even made a video that outlines the plan both correctly and in its’ entirety in my opinion.
Indeed many key phrases are increasingly becoming synonymous with Q: We Have It All, No Coincidences, No Deals, These People Are Stupid, Future Proves Past & Enjoy The Show to just name a few. It’s a must watch – view it below.

https://www.youtube.com/watch?v=3vw9N96E-aQ&feature=youtu.be
One though stands alone in underlying the gravity of what we are up against: Pure EVIL. Most of the problems humanity currently are suffering from can be directly connected to elite and powerful people involved in unspeakable crimes primarily against CHILDREN. As Q has also stated: This Is Not A Game. Q has become a phenomenon because once essentially everyone begins to research the Q Intel, they quickly understand the truth of it.