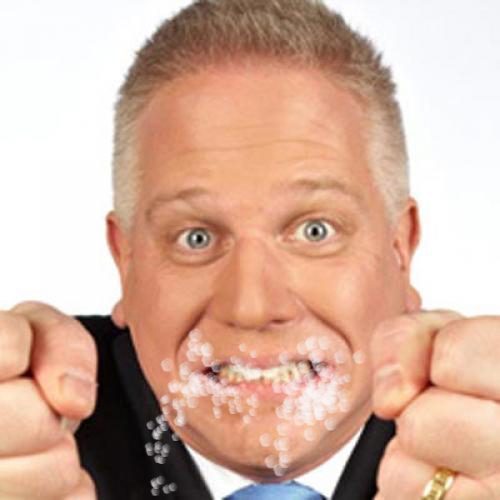 There is no other polite name for the award Beck has won other than  pathetic. Watching Cruz smile with devious delight as Beck rips apart any and all who think differently than his establishment controlled mind (that is now totally unhinged) is all but laughable. Worse yet is listening to his plea(s) touting he was the ONLY ONE who ever warned the about the doom and gloom coming to America.  He warned us, yes he did.  All the poor people were supposed to go out and buy gold to save them from the coming evils while they were losing their jobs and being foreclosed on.  Yea Glenn, that worked real well for them, now didn’t it?
Mr. Beck, I too saw what was coming and wrote about it in a book in 2007 and in 2009, and again in 2010. And so did many others.  We too have seen the writing on the wall and we too listened to you and heard you simply repeat what people like us were already saying – only reworded with ghostwriters. We too saw it….we too warned others. In fact, I’ve been talking of this very moment in history  that was coming since 1970! And many others have for a longer time.  It’s Biblical Beck!!
We also warned on issues that you denied and instead said there was no Bilderberg Group, there was no such thing as Bohemian Grove. You also said to question with boldness and all who did you called truthers, birthers and tin foil hats. You never once questioned us with boldness of why we believed such things, nor did you ever once give any evidence showing why we were all wrong – you merely called all who had questions bad names, laughed and mocked them.
Things that later you decided were true…like FEMA camps and things you once denied, even though people were showing you it was created by Oliver North in “REX 84” documents in the Reagan administration as you laughed in their face and hung up on them.
You started a 912 group while Americans were forming a “tea party”. You quickly infiltrated that movement and made it your own. Sarah Palin who was and is its’ voice has now been replaced with hate spewed speech. Sad, very sad. Now you condemn her, again and again…sad, very sad.
So Glenn you miss the mark a lot. All the things you shouted made no difference for you failed to oust the establishment elite puppets whose donors owned them. Instead you blamed Obama and Saudi’s and never let others know that the same establishment elite that donate money to all candidates were also Bilderberg Group members that actually met once a year. Today, that is all common knowledge – you admit it now, yet then you denied it. I guess that’s because they were also writing your sponsor checks and paying your hire.
It is now obvious that to you, it just depends on where the money is, who your sponsors are, and how much Vicks you have in your pocket to bring the tears to your eyes. My tears were real.

I see you are still crying , begging and calling those who disagree very bad names.
I guess, as long as you think that is working….don’t change it. So keep on crying, begging and telling partial truths. Keep condemning all who question with boldness and be sure to collect your gold and high five your sponsors for a job you perceive as well done.
https://www.youtube.com/watch?v=yT13IxLNI8c
Meanwhile, it is now 2016. The silent majority are awake. They found their voice in Trump and it doesn’t have a nasal whine nor does it beg – it commands with bold, politically incorrect tone! They have replaced their tears with cold anger and are too busy supporting Trump to engage in your unethical name calling games. They have yanked back the curtain and are staring at all the political establishment donors, the same ones who sponsor you and your candidate’s idea of neoconservatism! They are also the very same ones who sponsored Obama in 2008 and 2012!

They know what Marxism is and they know what establishment puppet masters are.  They know what tyranny looks like, what it feels like, and they are tired of watching it grow and feeling its’ whip on their backs.   They know what hate is and what hate speech sounds like and they have no time to listen to yours.   The only thing they have time for is to support and defend the one man who has their voice and their backs, that man is DONALD JOHN TRUMP!
There is too much to be done to waste time listening to you call their candidate names, nor time to return the name calling, they are focused on going forward to make America great again!
Give it a rest.
Dianne Marshall