OR NOT – ALL ROADS LEAD TO “In-Q-Tel”. BIGGER THAN BIG BROTHER!

Because of all the truth rising to the surface, it was time to go back into the archives and dust off another article written in November 24th of 2017. It was pretty much ignored then as everyone had all the answers they wanted and if Q didn’t say it…it just wasn’t worth looking at. No one cared about the DARPA/CIA rabbit holes. They were out to do the math and solve riddles. So this just shot over the heads of most all.

So, to save the leg work and deep diving…here is a jump start to understand what happened and what is what… also known as some proven facts. 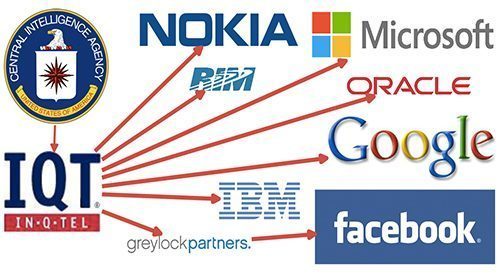 Q Clearance Anon?  Are people being suckered or just sucked in?  What are the real clues that Q is providing?  It appears to me that the real rabbit hole to go down is that of the data mining wonderland.  I’ll start with Jim Breyer, head of Accel which is an American Venture Capital Firm with partnership to International Data Group named IDG Accel. CLICK here to find out more about IDG-Accel

Breyer invested 13 million dollars into Facebook, the same year Gilman Louie joined the Board of National Venture Capital Association of America (NVCA) who was also the first CEO of the CIA startup “In-Q-Tel” which is an American Venture capital firm in partnership with IDG Accel.  CIA owns Facebook? 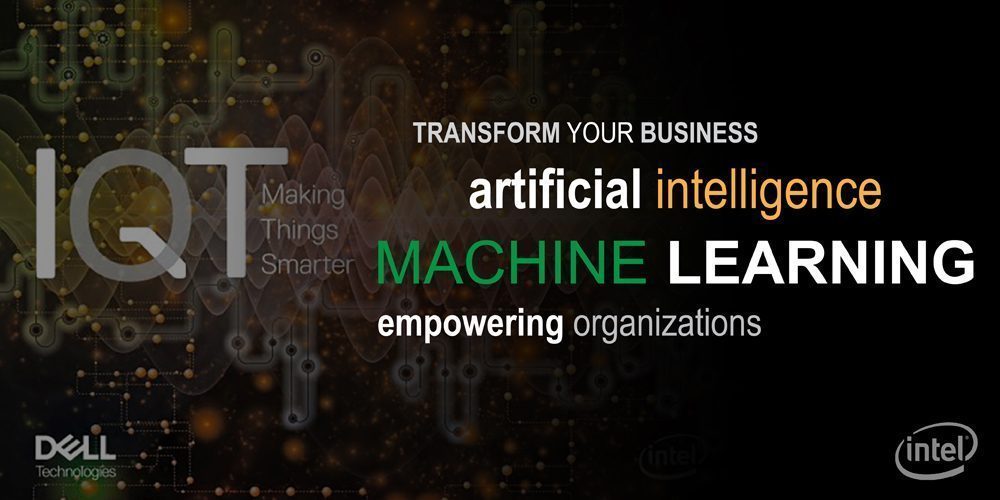 In-Q-Tel is the strategic investor for the U.S. Intelligence and Defense Communities that identifies and adapts cutting edge technologies that (supposedly) make our nation safer.   In-Q-Tel was founded in 1999 for the purpose of funding companies that could develop technologies that the CIA could USE TO GATHER DATA.

IQT Labs (short for In-Q-Tel) explore the art of possible emerging technology in areas of interest to national security.  These areas include cyber security, biotechnology, commercial space, and advanced data analytics.  Click her to read about IQT Labs

In a nutshell, The CIA Is and has been Investing in Firms That Mine Your Tweets and Instagram Photos from the onset.  Why?  To protect you?  Think again.

While so much speculation has been placed on “Who is Q Anon?” Q has told the readers that he has the highest security clearance there is.  Everyone runs to the President or someone in his top advisory capacity as the highest clearance so they think one of these must be “Q“.  Meanwhile the agency that even the President can’t dig into is the CIA.  The CIA has grown to be a monster of its’ own making.  A secret deep state society of its’ own.  Meaning although the President can use Military to control it – the CIA appears to have gone rogue and take orders from some place other and can withhold information, even from the West Wing.  We are seeing that now.  It is now proven that the CIA has such secrecy it can even plan the assassination of the Commander in Chief, i.e. the President of the United States as they did to President John F. Kennedy. And get away with it.

Therefore, President Trump, who already communicates with his people daily in Tweets, and can use the emergency broadcast system any time to speak to the people and the world,  would not have to go on Reddit channel and seek a select group of people on line to give clues out hoping they will connect dots and be the next “we the people” CIA????  While there are indeed crumbs and many that only high clearance would know about…. the CIA’s In-Q-Tel is such a source, and a much more likely one. 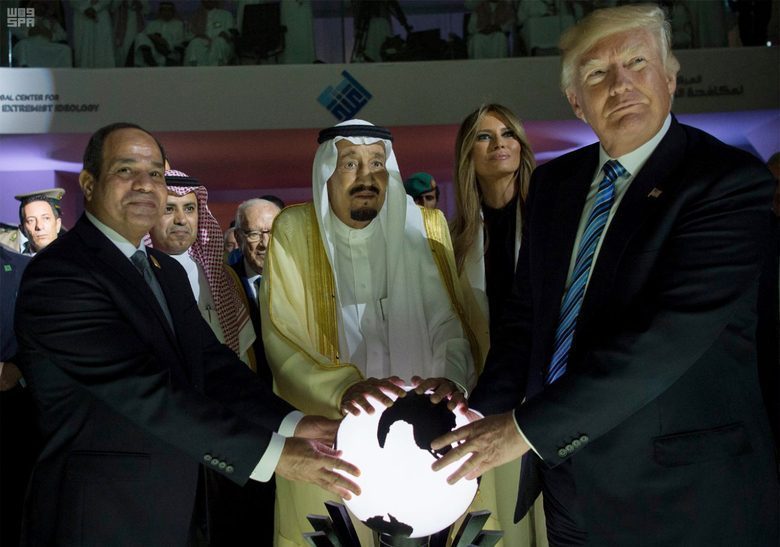 REMEMBER when President Trump visited Saudi Arabia, King Salman showed him the mother of all “terrorist finding” cyber technology.  Remember also CIA is Mossad (Israeli Intelligence).  Mossad is in league with the House of Saud which is an arm of the NWO Cabal, and the CIA is in control of In-Q-Tel.  The secret intelligence agencies have seemed to morph into its’ own infiltrated monster and is unrecognizable as the agency it was originally  set up to be.  President Trump has the task of cleaning that part of the swamp out as well as all the other alphabet agencies.

There are many questions to ask that no one is talking about on main stream media. Like, why did King Salman arrest the House of Saud? What does this new cyber technology hold?  What is President Trump holding?  What can it do?  What does President Trump think of Saudi’s new artificial intelligence?  What do you think of it?  What is the real purpose of CERN?

I believe all dots connect and point to Q-Annon as being CIA’S In-Q-Tel.  Why?  To use a new form of data mining that I shall call – effective trolling.  Approach alternative media truth seekers in their own (secret) forum – 4-Chan.  Come in like one of them to do some real time data mining.  Why?  They could want to find what type of  “I- Q’s” human critical thinkers have by playing real time data finding games with real live people?  Is “Q” an artificial program?  Or a real person?

I am sure there are more reasons, these are the ones just off the top of my thoughts.  Before you laugh, remember they (In-Q-Tel) are already data mining everything you say on google, Facebook, Twitter, Instagram, and all social media sites.

We all (at least those that will be reading this story) know the NSA  has breeched our privacy rights and Google, Twitter, and Facebook are data mined to monitor everything we post, tweet, and use algorithms  to spy on our on line communications to find out our friends, likes, dislikes, etc. from our computers, TV’s, smart phones and other devices. 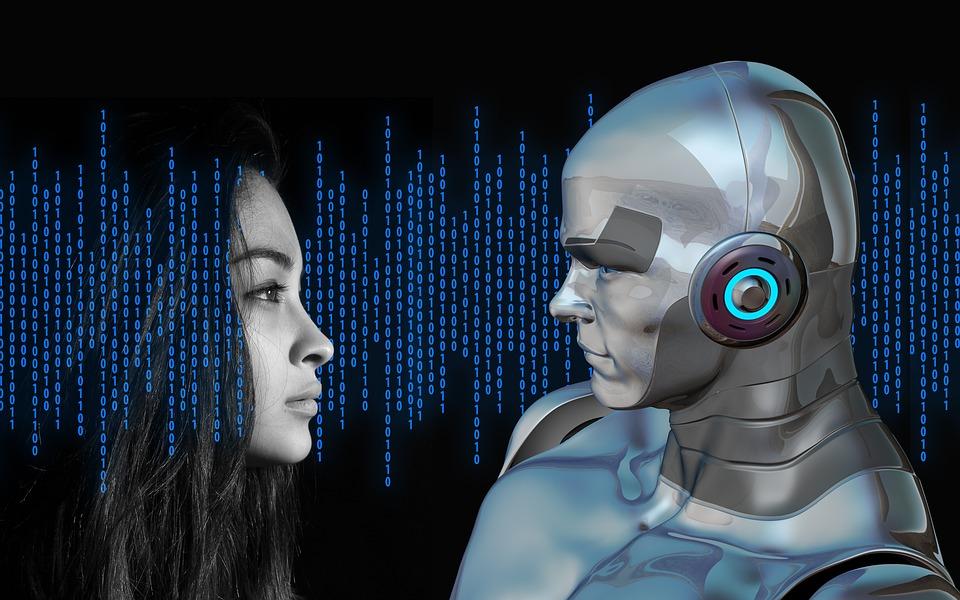 What many may not know is the long arm of Q (high level security clearance) behind it all.  SOFT ROBOTS THAT can grasp delicate objects, computer algorithms designed to spot an “insider threat,” and artificial intelligence that will sift through large data sets, are just a few of the technologies being pursued by In-Q-Tel, the CIA’s venture capital firm, according to a document obtained by The Intercept. This is a must read – click here for “Intercept Article”.

Excerpts from “Intercept Article Titled: The CIA Is Investing in Firms That Mine Your Tweets and Instagram Photos”:
There are numerous undisclosed companies receiving In-Q-Tel funding, the research focus that stands out is social media mining and surveillance; the portfolio document lists several tech companies pursuing work in this area, including Dataminr, Geofeedia, PATHAR, and TransVoyant .  Those four firms, which provide unique tools to mine data from platforms such as Twitter, presented at a February “CEO Summit” in San Jose sponsored by the fund, along with other In-Q-Tel portfolio companies. 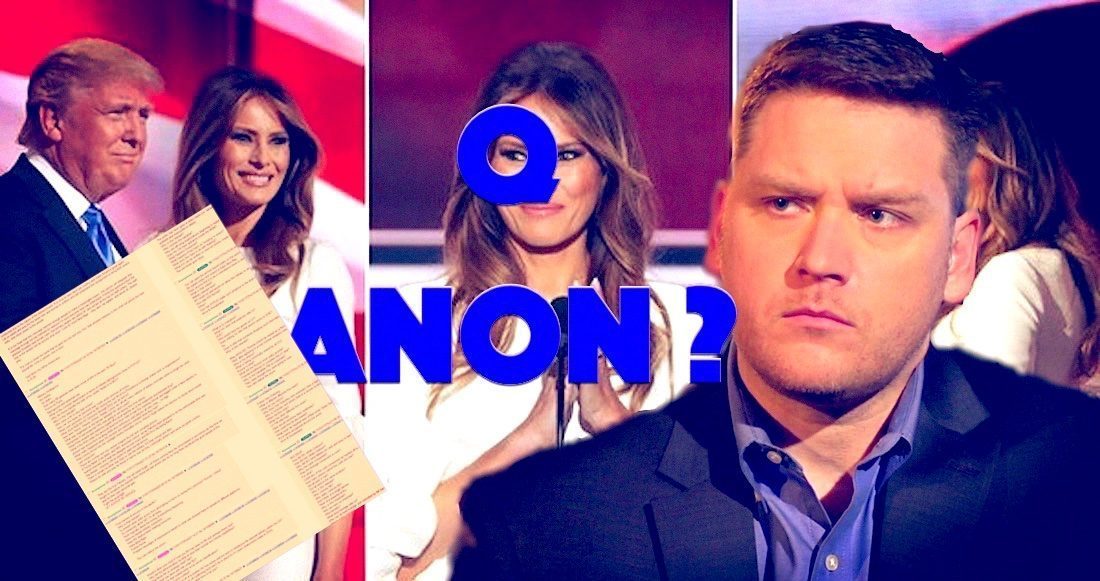 The investments appear to reflect the CIA’s increasing focus on monitoring social media. Last September, David Cohen, the CIA’s second-highest ranking official, spoke at length at Cornell University about a litany of challenges stemming from the new media landscape. The Islamic State’s “sophisticated use of Twitter and other social media platforms is a perfect example of the malign use of these technologies,” he said.
Social media also offers a wealth of potential intelligence; Cohen noted that Twitter messages from the Islamic State, sometimes called ISIL, have provided useful information. “ISIL’s tweets and other social media messages publicizing their activities often produce information that, especially in the aggregate, provides real intelligence value,” he said.
The latest round of In-Q-Tel investments comes as the CIA has revamped its outreach to Silicon Valley, establishing a new wing, the Directorate of Digital Innovation, which is tasked with developing and deploying cutting-edge solutions by directly engaging the private sector. The directorate is working closely with In-Q-Tel to integrate the latest technology into agency-wide intelligence capabilities.
Dataminr directly licenses a stream of data from Twitter to spot trends and detect emerging threats.
Dataminr directly licenses a stream of data from Twitter to visualize and quickly spot trends on behalf of law enforcement agencies and hedge funds, among other clients. 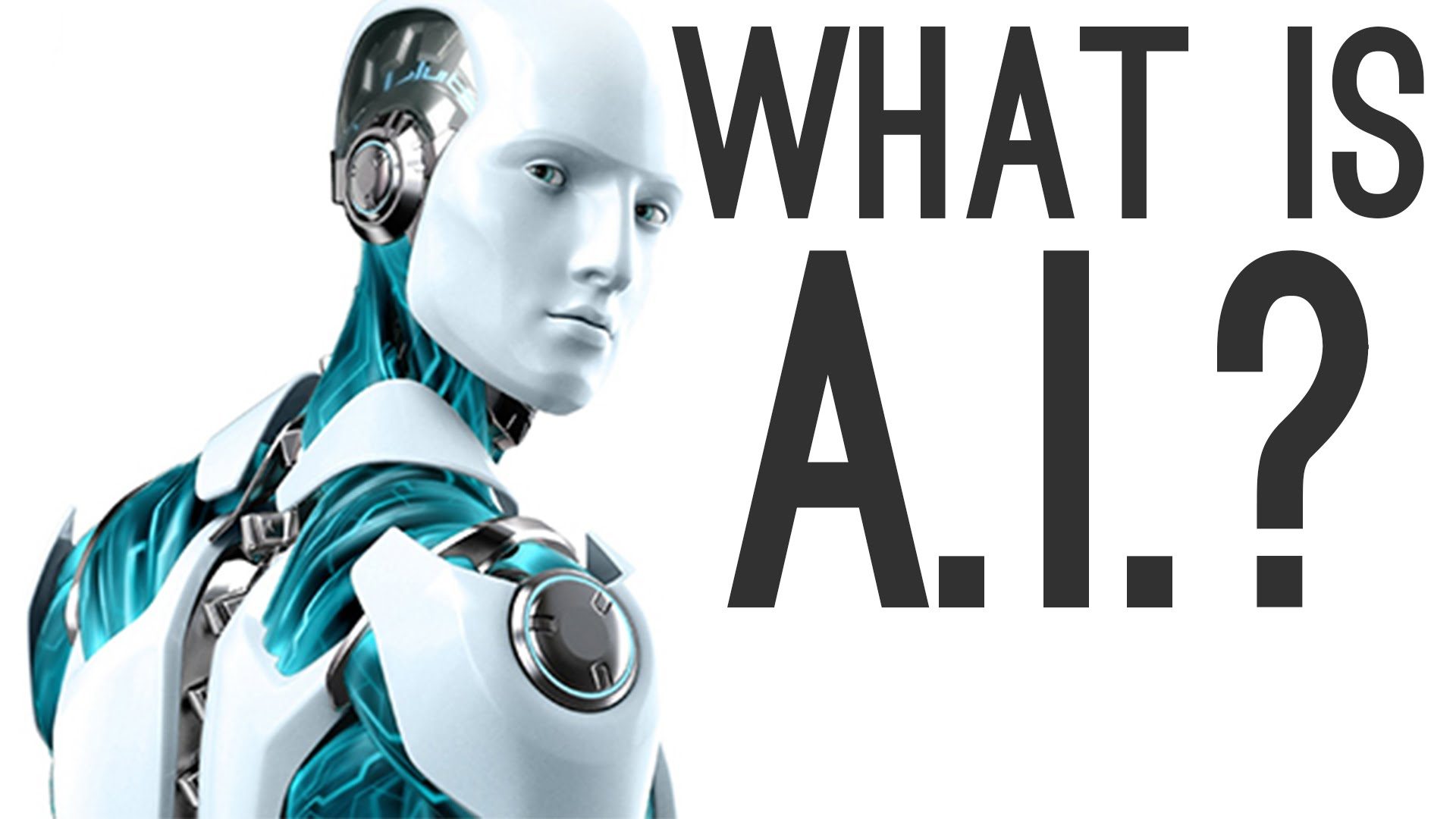 Geofeedia collects geotagged social media messages to monitor breaking news events in real time.
Geofeedia specializes in collecting geotagged social media messages, from platforms such as Twitter and Instagram, to monitor breaking news events in real time. The company, which counts dozens of local law enforcement agencies as clients, markets its ability to track activist protests on behalf of both corporate interests and police departments.
PATHAR mines social media to determine networks of association.
PATHAR’s product, Dunami, is used by the Federal Bureau of Investigation to “mine Twitter, Facebook, Instagram and other social media to determine networks of association, centers of influence and potential signs of radicalization,” according to an investigation by Reveal.
TransVoyant analyzes data points to deliver insights and predictions about global events.
TransVoyant, founded by former Lockheed Martin Vice President Dennis Groseclose, provides a similar service by analyzing multiple data points for so-called decision-makers. The firm touts its ability to monitor Twitter to spot “gang incidents” and threats to journalists. A team from TransVoyant has worked with the U.S. military in Afghanistan to integrate data from satellites, radar, reconnaissance aircraft, and drones. 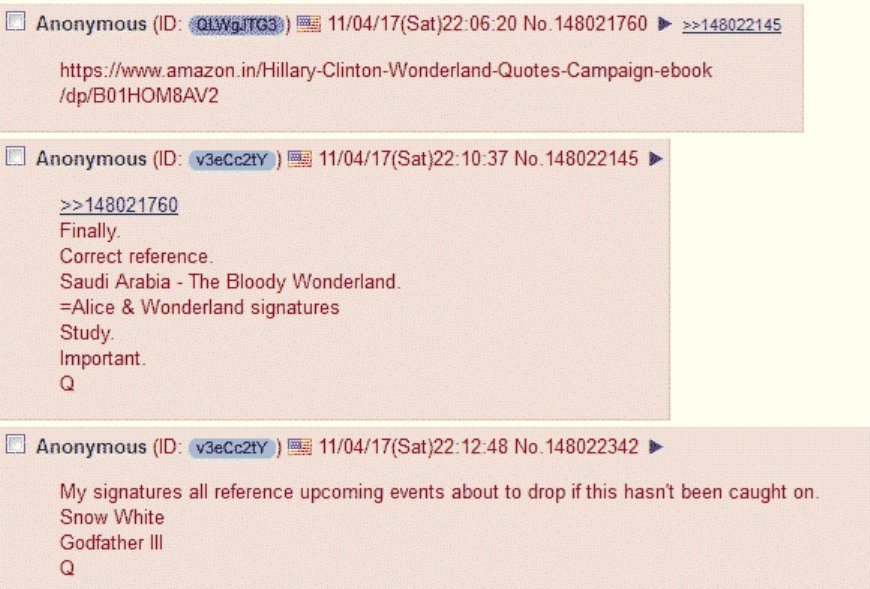 After researching In-Q-Tel further, you will see it is far reaching and has grown into a monstrous data mining organization.

“Lee Rowland, a senior staff attorney with the American Civil Liberties Union said, “When you have private companies deciding which algorithms get you a so-called threat score, or make you a person of interest, there’s obviously room for targeting people based on viewpoints or even unlawfully targeting people based on race or religion.  There is a dangerous trend toward government relying on tech companies to “build massive dossiers on people” using “nothing but constitutionally protected speech.”

Now I will ask you this…..why would Twitter take down Rosanne  Barr’s account for asking who “Q” Annon was?   I believe the algorithm told on itself. 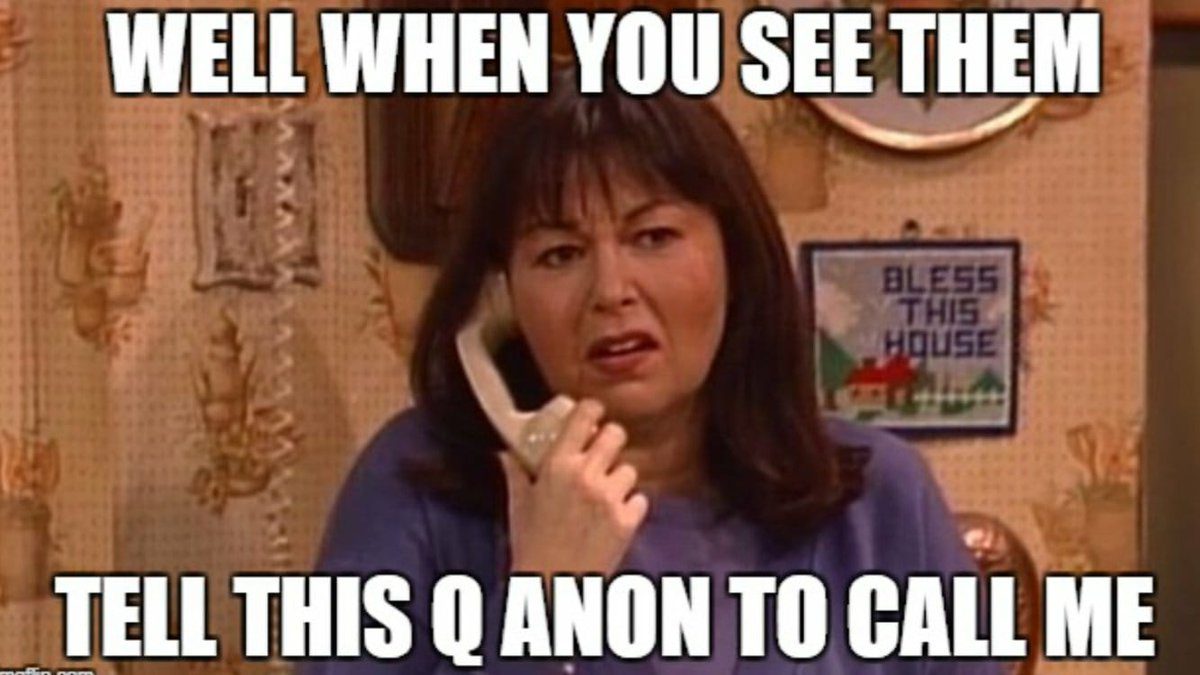 UPDATE:  An article from 2000 revealed that the 7 mega computers at the CIA are named after the 7 dwarfs.  Read article here: Spy VS Spy.    Those following Q (In-Q-Tel) be aware of all things.   Who is Snow White?  CIA and its’ 7 dwarfs?

Excerpt:  “Global intelligence computer databases deep inside Central Intelligence Agency headquarters here are named Doc, Dopey, Grumpy, Sleepy, Happy, Bashful and Sneezy?
Yes, the CIA has indeed named its huge computers after the Seven Dwarfs — and for all I know has a slinky blond in its cloak-and-dagger Directorate of Operations code-named Snow White.”  So is “Q” legit?  Or is it something more sinister?  Or is it simply someone trying to steer people away from news they were finding on their own?  Time will tell.

Join 6,429 other subscribers
wpDiscuz
You are going to send email to