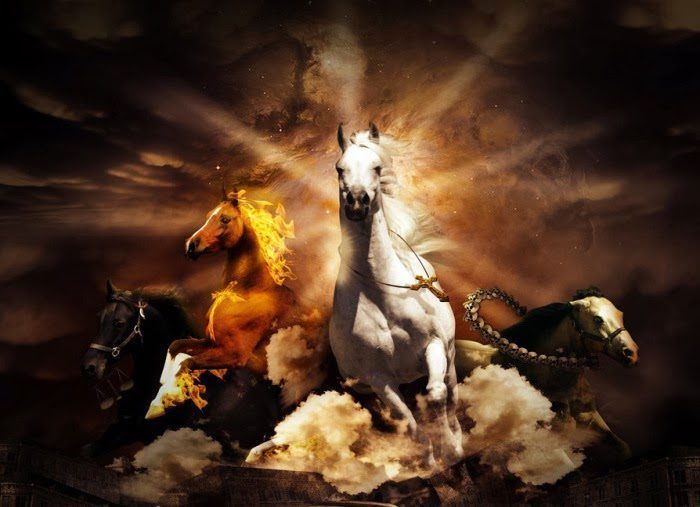 After the last 8 years of lawlessness and watching the media and governing bodies openly lie, steal, cheat and turn what is good into bad and what is bad into good ….I thought I had seen it all, yet, it was just beginning. Gone are the decades of deceit behind closed doors, today they are simply in our faces as though we didn’t exist. Perhaps that is because after decades of secret placement, the deep swamp has so many layers of infiltration they believe they can get away with anything.
As the trials of these last days surmounted and lawlessness became the rule of the land, God heard the prayers of his people and lifted up a man of good heart to the most powerful government position in the world. The mission was clear. He was chosen to protect and to lead God’s people through the turbulent storms ahead. His name is President Donald J. Trump. 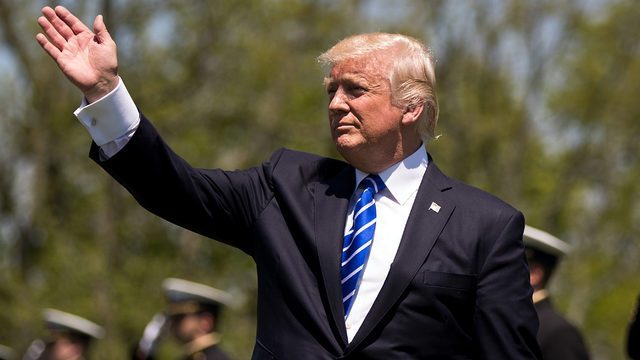 When campaigning Trump stated that he didn’t want to run for President and he hated politics, but he loved America. He stated that he always knew if America was in danger of falling he would step forward and run for president….that day had come and he stepped forward.
Immediately after he declared he was running the people began to support him. Why? Because his words resonated in the hearts of the average God fearing American.
Also immediately after Trump announced his run, the media and establishment elite began their attacks on every thing about the man. 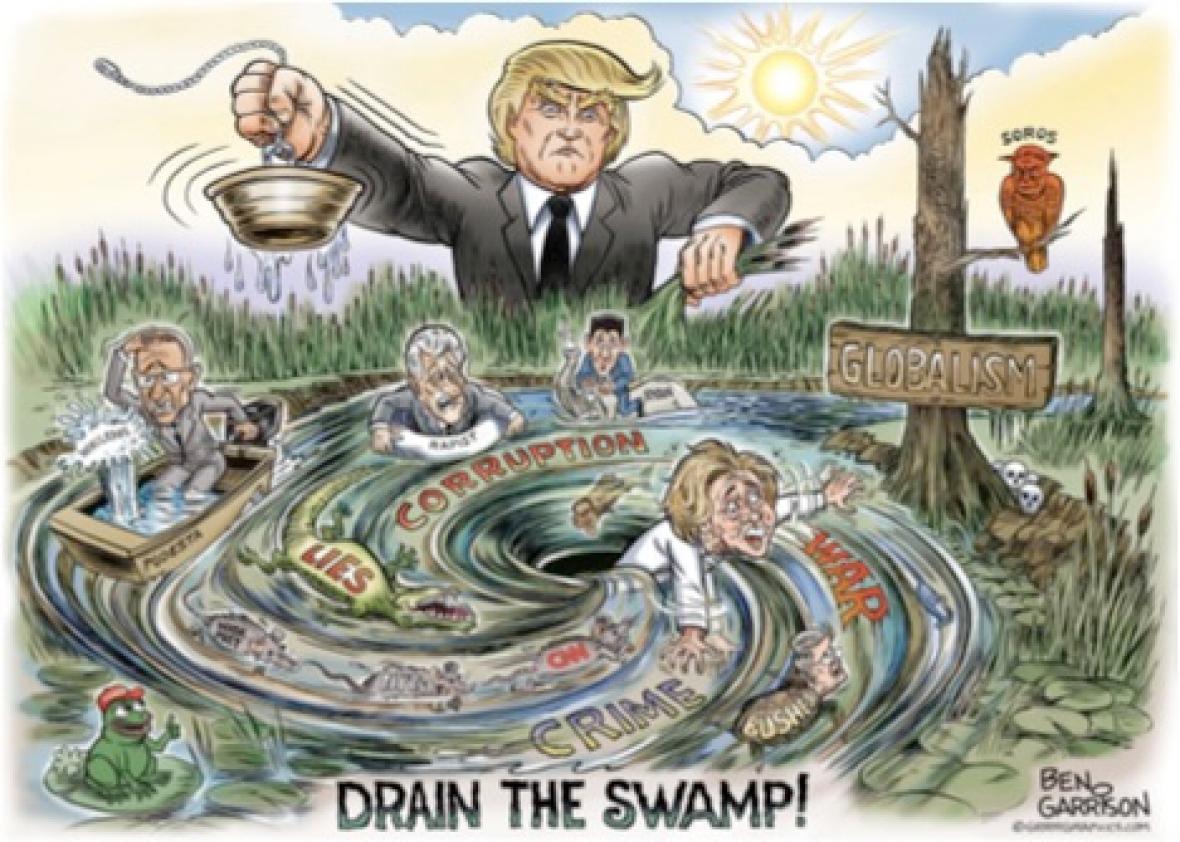 President Trump’s mission was to “Make America Great Again”. It wasn’t long and he realized that to do that he had to first drain the swamp. Somewhere in the muck and mire, among a few sticks, swamp creatures and alligators laid America’s roots that made her great. Those roots are based in God’s word and all of his promises to a nation called by his name.
Those who know their Lord have realized that America has gone astray and reaped the chastisement for a nation called by God’s name who has turned away from his commands, as spoken clearly in Leviticus 26.
Leviticus 26:15-17

15 And if ye shall despise my statutes, or if your soul abhor my judgments, so that ye will not do all my commandments, but that ye break my covenant:
16 I also will do this unto you; I will even appoint over you terror, consumption, and the burning ague, that shall consume the eyes, and cause sorrow of heart: and ye shall sow your seed in vain, for your enemies shall eat it.
17 And I will set my face against you, and ye shall be slain before your enemies: they that hate you shall reign over you; and ye shall flee when none pursueth you.

God also promised that a nation called by his name, if they repent and return to his commands and statutes he shall have mercy and restore the nation.
DEUTERONOMY 26: 42 Then will I remember my covenant with Jacob, and also my covenant with Isaac, and also my covenant with Abraham will I remember; and I will remember the land.
As we spiral into the tribulation of these last days, it becomes most evident that the only way to drain the swamp and overcome great evil is with the Lord. Through our own complacency and politically correct blind eyes, hell has enlarged itself and is preparing to unleash all of its’ dark minions in full force just as it prophecies in Revelations 9.
Revelations 9: 1-3
1 And the fifth angel sounded, and I saw a star fall from heaven unto the earth: and to him was given the key of the bottomless pit.
2 And he opened the bottomless pit; and there arose a smoke out of the pit, as the smoke of a great furnace; and the sun and the air were darkened by reason of the smoke of the pit.
3 And there came out of the smoke locusts upon the earth: and unto them was given power, as the scorpions of the earth have power.

Some believe that in fulfilment of this prophecy the globalist elite CERN project is about to open the bottomless pit and unleash demonic spirits in great numbers. It is no longer a secret that they are preparing to open dimensions and regularly perform Satanic rituals and occult enchantments. Rev. 9 verse 11 states: “ And they had a king over them, which is the angel of the bottomless pit, whose name in the Hebrew tongue is Abaddon, but in the Greek tongue hath his name Apollyon.” Ironic that they acknowledge Apollyon as well as Shiva the Destroyer.
These things the Bible calls locusts are described as very ominous evil things designed to torture with stings in their tails that hurt so badly, men and women will desire to die and not be able too.
Whatever happens, and whatever form of monstrous thing CERN opens up, or where ever the bottomless pit is opened up from and what comes out of it, fear not for God’s people have been given mercy as to the evil that will arise from there.
REVELATIONS 9: 4 “And it was commanded them that they should not hurt the grass of the earth, neither any green thing, neither any tree; but only those men which have not the seal of God in their foreheads.”
So as the globalists march forth with their evil plans to depopulate the earth, and pursue their evil agenda to rule the world with their anointed handful of elite…. You can either stand on the promises of God or succumb to their evil agenda. Remember complacency is the same as agreeing to their evil. The Lord himself said he hated the lukewarm church of Laodicea and would vomit them out of his mouth.

As we enter into these final battles against evil there are whispers and even shouts of a looming civil war. Many are already proclaiming we have entered into it and it is fomenting. Not just in America, but a world-wide civil war, which is said to be breaking out in many nations as we speak. This is all according to the agenda 21 new world order globalist plans (also Biblical). But, again, I want to remind everyone that the Bible tells us – in the end God’s people win. Remember the Lord is returning to set up his Kingdom and rule the world with a rod of iron! Hold that thought. Isaiah 9-7. 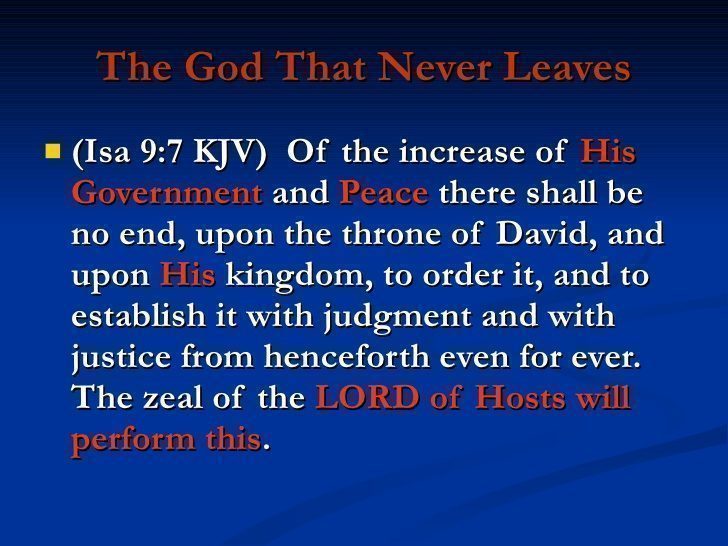 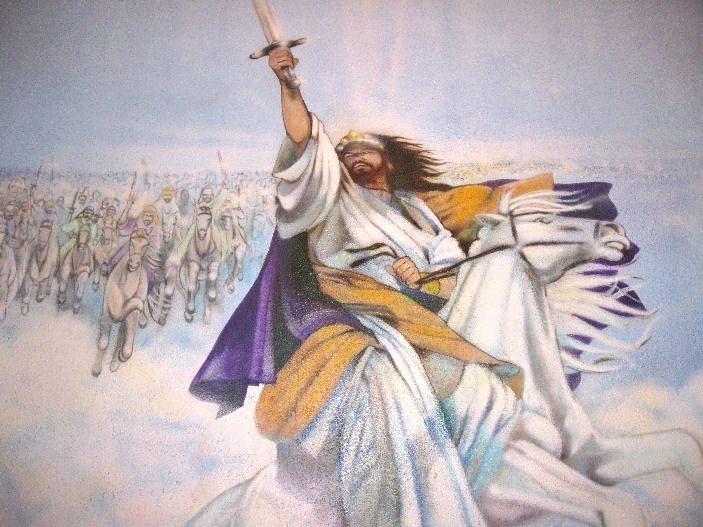 JUDE 10- 25
10 But these speak evil of those things which they know not: but what they know naturally, as brute beasts, in those things they corrupt themselves.
11 Woe unto them! for they have gone in the way of Cain, and ran greedily after the error of Balaam for reward, and perished in the gainsaying of Core.
12 These are spots in your feasts of charity, when they feast with you, feeding themselves without fear: clouds they are without water, carried about of winds; trees whose fruit withereth, without fruit, twice dead, plucked up by the roots;
13 Raging waves of the sea, foaming out their own shame; wandering stars, to whom is reserved the blackness of darkness for ever.
14 And Enoch also, the seventh from Adam, prophesied of these, saying, Behold, the Lord cometh with ten thousands of his saints,
15 To execute judgment upon all, and to convince all that are ungodly among them of all their ungodly deeds which they have ungodly committed, and of all their hard speeches which ungodly sinners have spoken against him.
16 These are murmurers, complainers, walking after their own lusts; and their mouth speaketh great swelling words, having men’s persons in admiration because of advantage.
17 But, beloved, remember ye the words which were spoken before of the apostles of our Lord Jesus Christ;
18 How that they told you there should be mockers in the last time, who should walk after their own ungodly lusts.
19 These be they who separate themselves, sensual, having not the Spirit.
20 But ye, beloved, building up yourselves on your most holy faith, praying in the Holy Ghost,
21 Keep yourselves in the love of God, looking for the mercy of our Lord Jesus Christ unto eternal life.
22 And of some have compassion, making a difference:
23 And others save with fear, pulling them out of the fire; hating even the garment spotted by the flesh.
24 Now unto him that is able to keep you from falling, and to present you faultless before the presence of his glory with exceeding joy,
25 To the only wise God our Saviour, be glory and majesty, dominion and power, both now and ever. Amen.
Stand strong and know these are the days of Noah and all things have been foretold. In the end we win if we faint not.
Dianne