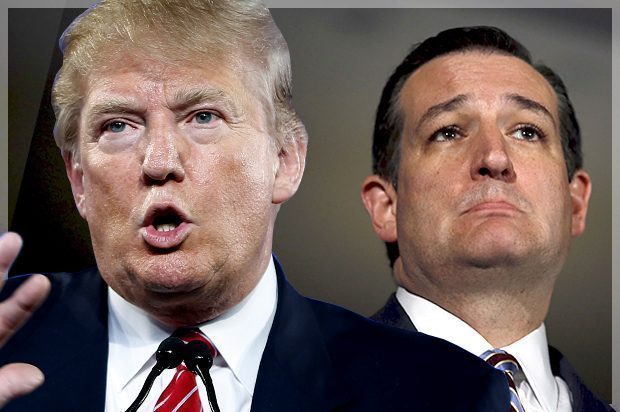 Ted Cruz’s plan is to shut down the IRS entirely and have a flat tax on everyone!  How will Cruz end the IRS?  I guess he could just try and shut down the private corporation?  He could open a new facility to collect taxes to pay off our debt, but then that would still require the United Nations approving the new tax collecting corporation; after all it’s their debt being collected and they are in charge of hiring people to collect it.   Or is it all a scam on the United States citizen?
From the link below, we see some very interesting facts.  The IRS is trained and operated by the United Nations.  According to the 1994 US Government Manual, at page 390, the Attorney General is the permanent representative to INTERPOL, and the Secretary of Treasury is the alternate member. Under Article 30 of the INTERPOL constitution, these individuals must expatriate their citizenship. They serve no allegiance to the United States of America. The IRS is paid by “The Fund” and “The Bank.” Thus it appears from the documentary evidence that the Internal Revenue Service agents are “Agents of a Foreign Principle” within the meaning and intent of the “Foreign Agents Registration Act of 1938” for private, not public, gain.
The IRS is directed and controlled by the corporate Governor of “The Fund” and “The Bank.” The Federal Reserve Bank and the IRS collection agency are both privately owned and operated under private statutes. The IRS operates under public policy, not Constitutional Law, and in the interest of our nations foreign creditors. The Constitution only permits Congress to lay and collect taxes. It does not authorize Congress to delegate the tax collection power to a private corporation, which collects our taxes for a private bank, the Federal Reserve, who then deposits it into the Treasury of the IMF (International Monetary Fund). The IRS is not allowed to state that they collect taxes for the United States Treasury. They only refer to “The Treasury.”INTERNAL REVENUE SERVICE IS JUST ANOTHER THIRD PARTY DEBT COLLECTOR “.
So what is this debt we owe?  It is our debt to the United Nations.  Our share of maintaining it’s operations, including its peacekeeping efforts, which include peace enforcement and peace building. (Like that sure has worked out well in the world? NOT!) Most Americans have no idea where their payroll deductions are going, nor why.  Most believe these tax dollars operate our government or go to pay off our trillions of national debt.  This is not so.  The US allows the IRS to collect your dollars and forward those to the United Nations. And guess what folks, you are funding their new world order!
That being understood, we now have a question for Ted Cruz.  How does he plan to abolish this?  Has he laid out his new ideas yet?   What could they be?  After all, Cruz is now going up against the entire system of world debt collecting which is monitored by the International Monetary System.  So what is his home grown, grass roots plan of action? If he plans to abolish the United States ties with the United Nations…he will definitely win votes.
If he really wants to help Americans – he would simply end this IRS scam all together.   Stop all payments to support the U.N. and send them a bill for the trillions of dollars spent on wars they encouraged in their peace keeping efforts and a bill for our veterans medical bills.  We owe them nothing.
I smell a lot of New World Order stink in the air.  Either that or the biggest lie in the history of campaigns.
Trump’s tax plan eliminates the majority of households from having to pay into this scam and places the burden on the necks of those making money off the sustainable development UN schemes, which are the wall street boys, the banksters and the establishment tycoons!  They made it let them pay!   I high five TRUMP on that one!
Until someone can figure out how to get out of the United Nations New World Order all together and out from under the Central Banks,  I vote for Trump’s tax plan.  It makes the most sense and puts the smack on the wallets of those who have been creating the entire sustainable development mess.
When it is all said and done, all fingers point to central banks and a dastardly plan for the establishment elite to rule the entire world. America has been duped. But, after all, one can only reveal so much when running for office.  Even Trump.  Read more. https://www.devvy.com/notax.html


Is the IRS a 3rd party debt collector for "The Treasury" of a foreign corporation? from Niki Hannevig