It is well known that the Kingdom of Saudi Arabia is one of the largest contributors to the Clinton Foundation. The exact amount the Saudi’s have donated is unknown as our Justice Department under Loretta Lynch has refused congressional demands to investigate or audit the foundation. Conservative estimates put the Saudi donations to the Clinton Foundation in the tens of millions of dollars. 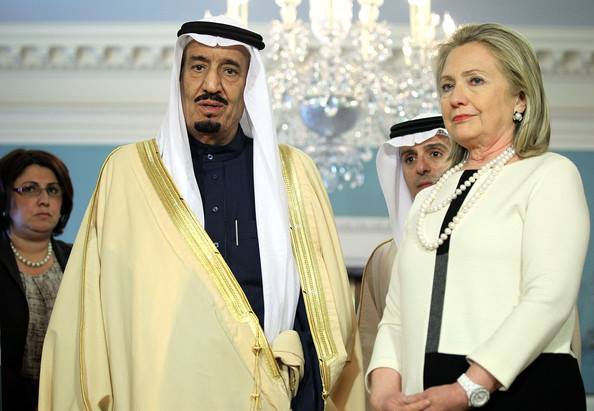 Hillary & Prince Salman
Saudi Deputy Crown Prince Mohammed bin Salman has even boasted publicly that he is funding 20% of Hillary’s presidential campaign.  A boast that is illegal under US election laws forbidding foreign nationals from funding a campaign. Could Prince Salman be referring to his contributions to the Clinton Foundation?
If so, that clearly puts Saudi contributions to the Clinton Foundation into the hundreds of millions. If we had an honest Attorney General at the Department of Justice we would have answers upon this. Let that sink in.
But all is good right, I mean the Saudi’s are one of our allies correct? Saudi royals have always been close with  American presidents, remember Bandar Bush? Well, that would be another story, but let’s just say it explains why the administration of George W never released the 28 pages of the 911 Commission Report that showed the Saudi’s funded the 19 hijackers we are told were responsible for the attacks on September 11th.
Aside from funding terrorism, including those we refer to as ISIS, the Saudi’s have the honor of being listed as a ‘Tier 3′ human trafficking’ country by the United States Department of State. Wasn’t Hillary recently employed there?
What a tier 3 designation means is “countries whose governments do not fully comply with the minimum standards and are not making significant efforts to do so with human trafficking. 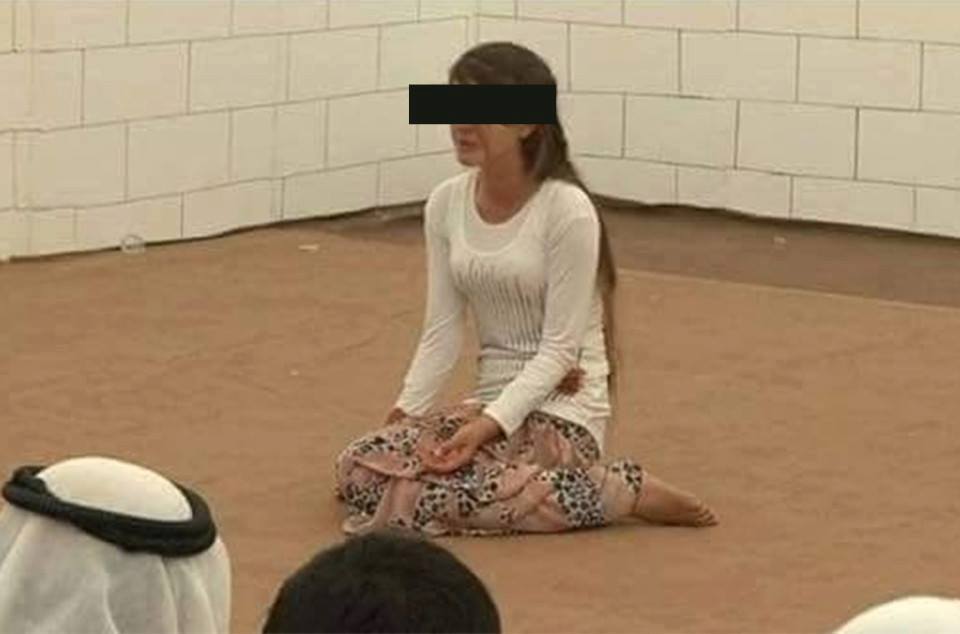 Yahzidi girl detained by ISIS is being sold on a sex slave market in Saudi Arabia.
So literally Saudi Arabia is a country in which slavery exits. Slavery. Let that sink in. Sex slavery in particular is what the Saudi’s are best known for. Their ISIS puppets are actively taking women and young girls from war torn areas of Syria & Iraq and delivering them to sex slave markets, auctions, in Saudi Arabia. Read more here. 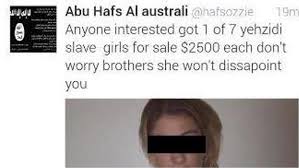 Aside from their having slaves, slave auctions and punishing homosexuality with the death penalty they have one of the worst human rights records in the world and refuse to this day to sign up to United Nations treaties to change any of these practices.
But as Secretary of State Hillary Clinton turned a blind “Hillary, the self-declared champion of women’s rights keep in mind…” eye to all of this and as Democratic Presidential Nominee Hillary Clinton has remained blind. Saudi money is green and that is the only thing that Hillary Clinton chooses to see. Let that sink in and look upon her motto of ‘Stronger Together’ in a new light.
Read more here.
John Miranda