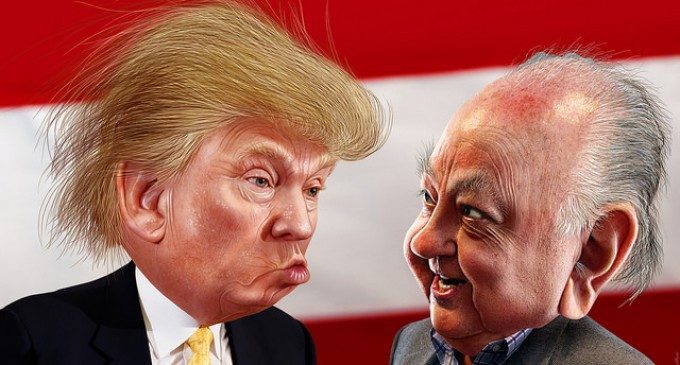 Trump is on O’Reilly tonight and I will not be watching the bloviating, pompous man who killed all the good men in his books with his arrogant opinions of their lives.  Especially  “Killing Jesus”.

I haven’t forgotten the mean and awful things he said about you President Trump.  I forgave him because of his ignorance, but I will not go for round two of his demeaning act of trying to be the only adult in the room, let alone the media.  I think you should just tweet an interview.  That would work much better as the ratings war goes forward.  But, that’s just my opinion.

As far as Roger Ailes goes, a leopard does not change it’s spots.