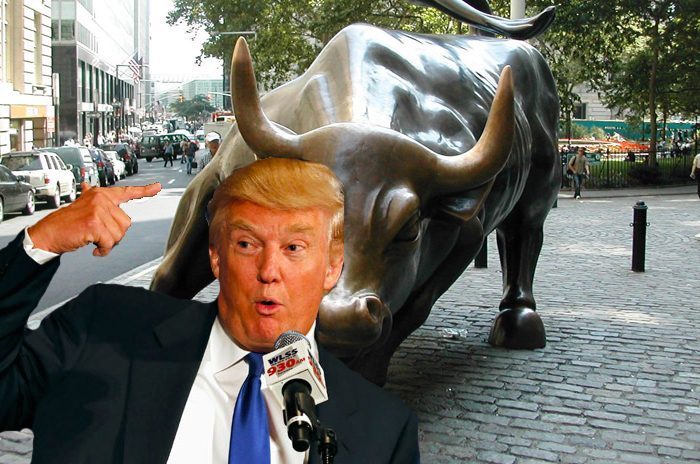 Somewhere in time, I was judging the yearly Hog Show somewhere.  I judged a lot of hog shows in the past and had awarded a lot of FIRST PRIZE WINNERS.  Believe me I know what a good sow is and a good boar.  That is why I was  asked to judge this event.  Or so I think.  Anyway, I was there to judge the winners and losers at the 2016 GOP Hog Show Election.

Please listen as I tell you that when I was moving about the stalls eyeing the contestants before ring time, I ran across what I thought was a big mistake in the GOP Hog Show.  There as big as life itself stood one of the biggest dang bulls I had ever seen.  He was a prize winner if I ever spotted one.

I looked around for the bull’s handler but no one claimed him.  Seems the bull entered the competition all by himself.  I stood there amazed looking at him and, just for fun (because bulls can’t talk),  I asked him, “So what on earth are you doing here?”  To my surprise the bull answered, “It was the only way to change the GOP Hog Show.  Everything about it was stinking!”

Shocked I took a double take and shook my head. “But bulls can’t talk,” I said.

“And you can’t put lipstick on a pig,” he answered. “Now move out of my way or come to the Hog Roast, I’m about to clean up what’s stinking at this GOP Hog Show!”

Suddenly I heard the starting bell ringing….I opened the bull’s gate and he was off and running ….and then I awoke and sat up in bed.  Dazed I shut off my alarm clock and sat and wondered.  I smiled and thanked the Lord for sending us a Bull for the GOP Hog Show Race.

Although in my dream the bull did not give me his name, I knew it was Donald John Trump.