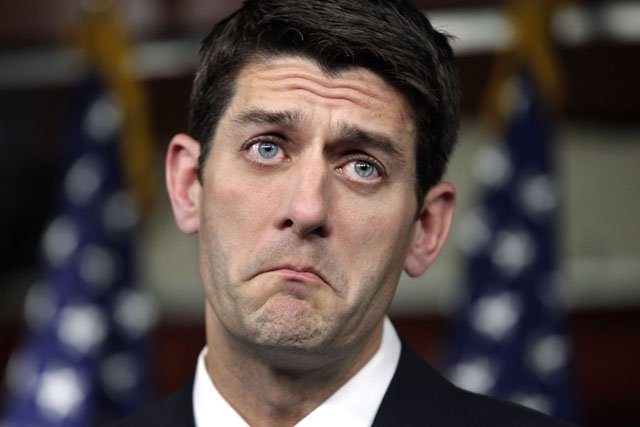 Will someone tell Ryan that Islam is not a religion it is a governing body of extreme law with mandates to kill the infidel which are all those who do not practice it. Sharia law is not a religion. It is a cruel, barbaric and torturous rule of law that should be banned and is banned in the USA.
We truly do have idiots in the government.  Trump is right on that one.
Ryan needs to shut up and look up what the heck Sharia law is.  He then needs to step down as his remarks are treasonous.  So is Obama’s remarks.  Treason is screaming out and these liars and idiots are demanding Americans to shut up and eat it or else.  Well, thank God we have Trump standing up and saying – I will not allow those that hate us and want to kill us to use our constitution and hide behind it like a mothers skirt in order to kill us on our own soil!
Dianne Marshall