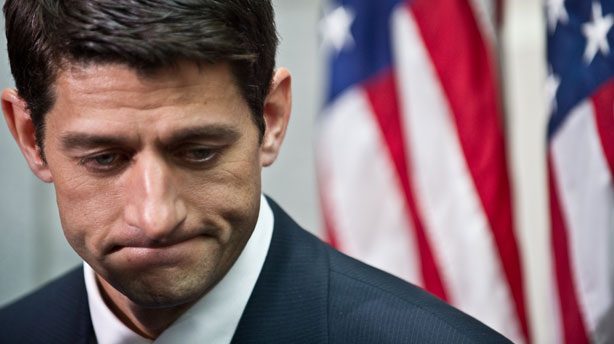 Paul Ryan just kissed the boots of the GOP puppet masters and their donors who desire new world order.  Let it be noted this 8th day of December 2015 that those in high offices have condemned the citizens right to be kept safe from forthcoming terror attacks at home, and applauded the opportunity to allow radical Islamic refugees more rights than its citizens.
Listening to the sickening rhetoric of Ryan, and the white house press secretary is enough to open the eyes of this American to see how low they have stooped to devour the republican front runner.
Ryan would have you all buck up and let the Trojan refugee horse ride right up to your door step.  Take note of each one and their logic in offering more constitutional rights to those that hate you than to you, the citizen.
Have you had enough of giving constitutional rights to those that desire a world Ottoman Empire?  Rights to those who are at Jihad war against you?  We are not talking about Muslims who desire to live in peace, we are talking about radical Islamic jihadist.  We are talking about a government that seems to have no method of determining how to authentic a real visa a real passport?  They have as any liar does, skewed the facts and made it about a fictitious story that has nothing to do with the real issue.

Ryan has not impressed the people in his new position as speaker of he house.  He has already pushed a budget that 75 percent of the people did not want.  He didn’t care what you wanted at all. He still does not care. He takes his orders from NWO operatives and establishment donors. Brace yourselves.  More evil is coming our way.
This is not about keeping you safe.  The same ones that are shouting to take your guns are the same ones shouting – Trump should resign.  Will you listen to their spewed rhetoric or will you stand for the one man who is doing all he can to defend America?
I stand with Trump.  Shame on all the evil NWO liars.  They have all proven that their loyalty lies with donors and puppet masters.  They spit on you America.  They are vipers who desire to bring chaos to your door.
Dianne Marshall
https://thehill.com/homenews/house/262422-speaker-ryan-condemns-trumps-muslim-ban#.VmcnUXKTc5M.twitter