RULES FOR ELECTING TRUMP - RADICAL GUIDELINES... - The Marshall Report Skip to the content 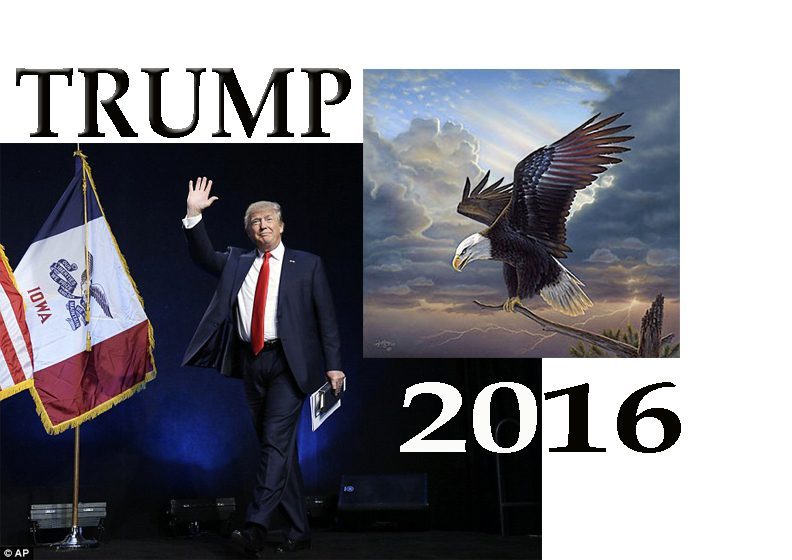 Introducing the invincible, almost scathingly impossible to convict for she yells and yells and even threatens the Oval Office Command Post – for she believes it is rightfully hers, more like, “MINE, ALL MINE!”,  HILLARY  CLINTON.  She is a wretch of a woman who is in total denial of her absolute inevitable forthcoming jail time.  What makes her keep on going?  Aside from her obvious total loss of true reality, she is a pro·té·gée of Saul Alinsky the man who wrote the book Rules For Radicals  in 1971.  Alinsky took the reigns of the protesting hippies and showed them how to organize.  He began by cleaning them up and making them look establishment by giving them cookie cutter suits, ties and new hair cuts.

He promptly inducted this new army who would one day attain the majority of all significant  bodies in government into his “RULES FOR RADICALS”.  This form of tutoring came easy for the newly cleaned up bunch for it was everything they had dreamed of, only in a well organized written form.  Today  the left have it down pat, as well as the right winged RINO’s and now the conservative silent majority have finally decided to pick up the once banned book and read it.  Conservatives are a lot smarter and much more intelligent, so they have all caught on very quickly of how to use the best pieces and leave the hype for the left wing pickers.  In a nutshell here are the rules….please read them and be aware they have been the golden pitchforks used by the controlling establishment long before Saul wrote them out for his street soldiers to follow.

Sadly the good people have known of these but never thought to use them for themselves until recently.  Please read and employ.  I prefer to call them, RULES FOR ELECTING TRUMP.

FROM THE BOOK : “RULES FOR RADICALS”

Let us begin with his famous quote, written in the dedication,

first radical: from all our legends, mythology, and history (and who is to

know where mythology leaves off and history begins—or which is which),

did it so effectively that he at least won his own kingdom—Lucifer.”

…Always remember the first rule of power tactics: Power is not only what you have but what the enemy thinks you have.

…The second rule is: Never go outside the experience of your people.

…The third rule is: Whereever possible go outside the experience of the enemy. Here you want to cause confusion, fear, and retreat.

…The fourth rule is: Make the enemy live up to their own book of rules.

…The fourth rule carries within it the fifth rule: Ridicule is man’s most potent weapon.

…The sixth rule is: A good tactic is one that your people enjoy.

…The seventh rule : is: A tactic that drags on too long becomes a drag.

…The eighth rule: Keep the pressure on.

…The ninth rule: The threat is usually more terrifying than : the thing itself.

…The tenth rule: The major premise for tactics is the development of operations that will maintain a constant pressure upon the opposition.

…The eleventh rule is: If you push a negative hard and deep enough it will break through into its counterside.

…The twelth rule: The price of a successful attack is a constructive alternative.

Here are some other key excerpts from Saul’s book:

One acts decisively only in the conviction that all the angels are on one side and all the devils on the other. A leader may struggle toward a decision and weigh the merits and demerits of a situation which is 52 per cent positive and 48 per cent negative, but once the decision is reached he must assume that his cause is 100 per cent positive and the opposition 100 per cent negative. He can’t toss forever in limbo, and avoid decision. He can’t weigh arguments or reflect endlessly — he must decide and act. — P.134

It should be remembered that you can threaten the enemy and get away with it. You can insult and annoy him, but the one thing that:  is:  unforgivable and that is certain to get him to react is to laugh at him. This causes irrational anger. — P.134-135

I have on occasion remarked that I felt confident that I could persuade a millionaire on a Friday to subsidize a revolution for Saturday out of which he would make a huge profit on Sunday even though he was certain to be executed on Monday. — P.150

For example, since the Haves publicly pose as the custodians of responsbility, morality, law, and justice (which are frequently strangers to each others), they can be constantly pushed to live up to their own book of morality and regulations. No organizations, including organized religion, can live up to the letter of its own book. You can club them to death with their “book” of rules and regulations. This is what that great revolutionary, Paul of Tarsus, knew when he wrote to the Corinthians: “Who also hath made us able ministers of the New Testament; not of the letter, but of the spirit, for the letter killeth.” — P.152

The difference between fact and history was brought home when I was a visiting professor at a certain Eastern university. Two candidates there were taking their written examinations for the doctorate in community organization and criminology. I persuaded the president of this college to get me a copy of this examination and when I answered the questions the departmental head graded my paper, knowing only that I was an anonymous friend of the president. Three of the questions were on the philosophy of Saul Alinksy. I answered two of them incorrectly. I did not know what my philosophy or motivations were; but they did! — P.168

Many of the lower middle class are members of labor unions, churches, bowling clubs, fraternal, service, and nationality organizations. They are organizations and people that must be worked with as one would work with any other part of our populations — with respect, understanding, and sympathy. To reject them is to lose them by default. They will not shrivel and disappear. You can’t switch channels and get rid of them. This is what you have been doing in your radicalized dream world but they are here and will be. — P.189

The entire book can be read through this on-line PDF.  Please read it.  You may want to even print it out.

Isn’t it way past time for all who desire to help TRUMP MAKE AMERICA GREAT AGAIN to know the tactics the enemy has forged on us?  Fight fire with fire the old rule goes.  I say it’s time to quench their flames with a tsunami of flame retardant!  Pile it on Trumpers! Pile it on!