RUBIO SLAMS TRUMP AS CHARLIE ROSE AND PUTIN SPANK HIS BEHIND. - The Marshall Report Skip to the content 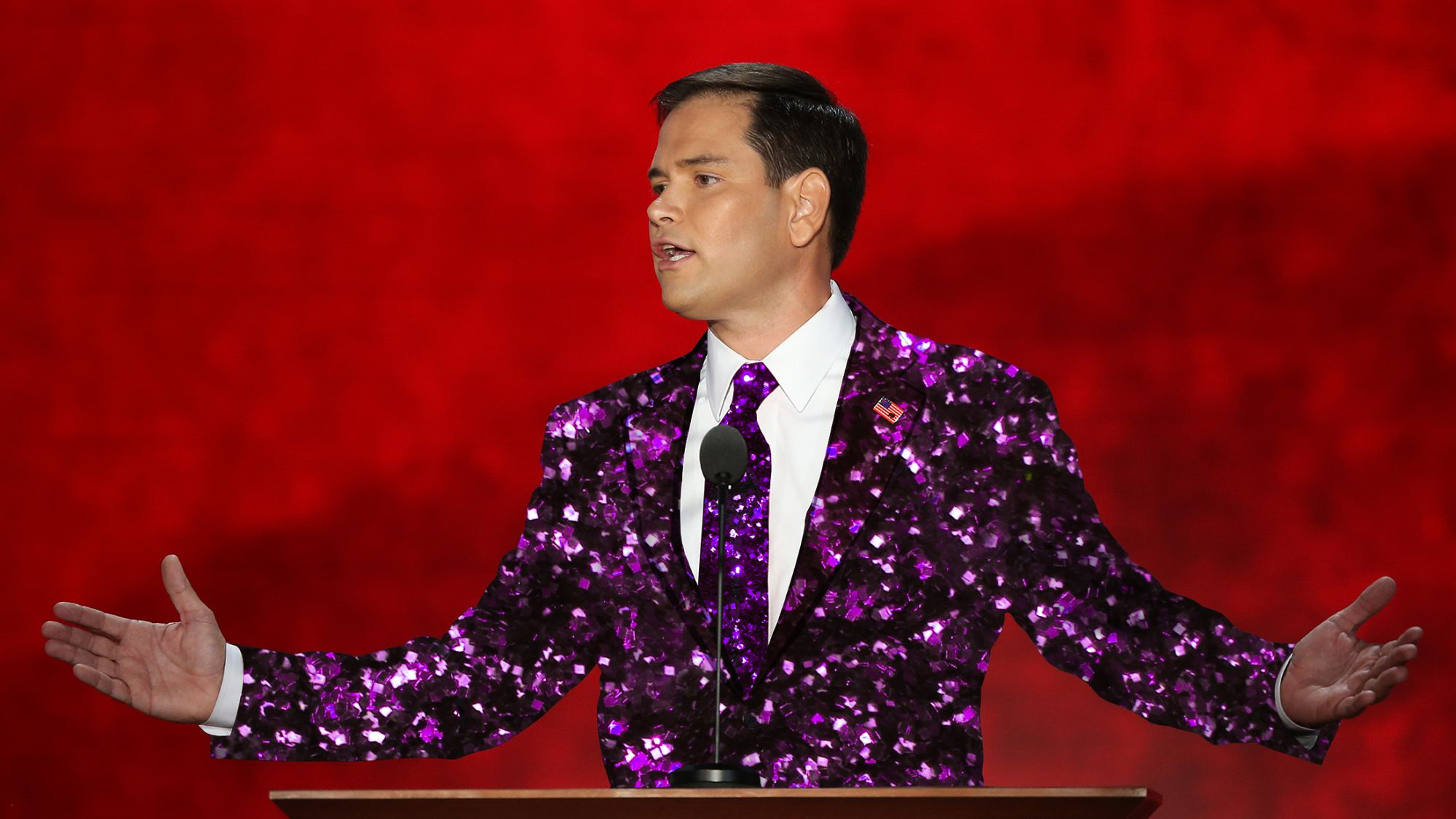 Monday in an interview with NPR, little Marxist I mean Marco Rubio slammed trump calling him a “clown”.  He also said,  “Well look, I’m not interested in the back and forth to be a member or a part of his freak show,”

He went on to say even more asinine things just like he did at the CNN Debate where he stated he would not sit down and talk to Putin and said Putin ran Russia like a gangster.  Well, Charlie Rose did sit down and talk to Putin and must have wanted to teach little boy Marco a lesson.  On 60 minutes for the entire world to see with ratings out the roof, he tossed boy Marco’s impish, childish words at Putin. I’m sure he did this to both show little boy Marco how foolish and child like he was, and to get Putin to second it.  Naturally Putin mocked the little boy fool just as Charlie knew he would.

Putin responded in a manner that he would respond to any idiot question, ” “How can I be a gangster if I worked for the KGB? Come on. That does not correspond to reality.” Putin very smartly pointed out that the little boy clown Marco had no clue to what  the “KGB” even was or did.

It was obvious that little boy Marco needs to get his head out of the Cuban hog wash he grew up with and learn what international terms refer to.  After all he is shouting off his mouth a lot.  So far he has only proven he is unfit to hold any office and thank goodness he curled up his nose and told the world he wasn’t running for the senate again…..he didn’t like that job.  It just wasn’t his thing.

Well, he can go back to Cuba and run for office there.  It will save  him from wasting all the time and energy he is spending trying to turn the USA into the little Cuba Marco always wanted.  And spare us from having to listen to his child like ideas and watching him behave like the real freak show he accused Trump of hosting.

One more thing.  In response to another remark Rubio said as he pulled up his little big boy pants, “But this election is not going to be about Donald Trump,” he continued. “He thinks it is. But it’s not about him. It has to be about the issues confronting our country. And my sense of it is that every time issues become prominent, he will say something outrageous or do something outrageous so that he doesn’t have to talk about it.”

Well, TRUMP is not avoiding any real issues. He is the only one calling out the establishment elite for their failed sustainable development agenda 21 new world order takeover, and the only candidate to submit real policies to be reviewed.  Detailed policies on Immigration, Gun Control, and a Tax Plan. More are on the way.  Meanwhile little boy Rubio has no time for any real policy making.  He is too busy memorizing his Cuban dream act and raising campaign funds to continue what ever it is he thinks he’s running for.

Does anyone have an Excedrin?