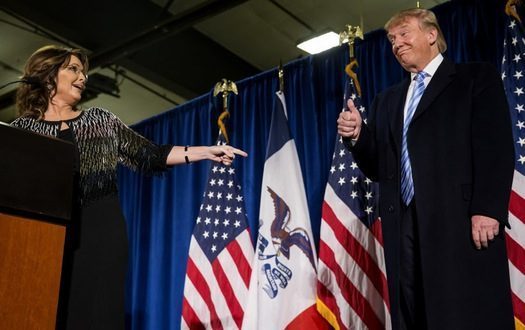 The Cruz bots are going nuts because no one cares about their idea of conservatism. Levin is absolutely going insane over the fact that people want American over conservatism. Beck was already insane, so don’t even try to figure him out. Rush is just going for the money and trying to figure out whether to go all American with the noisy majority or keep feeding the dying horse of conservatism. So far he’s got a blanket and a feed bag on the dying horse, hoping it will turn into the thoroughbred rating machine it once was.
It is now obvious when looking at the pathetic display of inaction in the congress and the senate from so called conservatives, that the term conservatism is now being exposed for the sheep herding tool it really is. It is nothing more than a “big donor buzz word” to go with the RINO in name only that “we the people” NO LONGER SUPPORT.
It’s time to ride the American wave to make America great again and quit looking at yesterdays politically incorrect labels that only served to lead the blinded sheep to the voter booths for the establishments darling candidate.
My energy, support, and hope for America to thrive again does not lie in a republican name brand!   It lies in the one who will lead America and stand against the entire establishment who is out to shove their puppet down our throats once again in this election cycle.
I am sure Sarah regrets having ever endorsed the republicans who have turned around and shown their establishment lap dog ways. There are more than Cruz guilty of that. There is also Nikki Haley ….and I am sure a few more. Sarah learned her lesson as did all of the serious people who are tired of the deception.
I and millions of other Americans choose the one that is exposing all the lies and ilk. The one who is AMERICAN THROUGH AND THROUGH – THAT ONE IS DONALD JOHN TRUMP!
Dianne Marshall