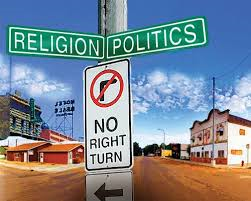 What is worse?  A hypocrite or a person who doesn’t pretend to be anything but what they are?  A holier than thou persona who covets the high places for himself, or a humble person who merely wants to take care of their family and pursue their liberties?
I am sick of watching the prosperity preachers asking for money so some poor schmuck can get a blessing.  This is not a teaching of my Lord.  This is just a part of what the Lord told the people to watch out for….woe to them who do such things, he said.
In this election cycle, I am tired of watching those who use religion as some barometer of who is worthy and who is not worthy to be a president of this nation.  Especially following the worst falling away and turning our backs on Godly principals  in modern day times.  Christians are being slaughtered, and tortured throughout the world and we sit on our hands and listen to TV land pastors ask for dollars to spread the word and feed the poor.  When they are through they get in their luxury cars and drive off to their luxury mansions and all because they have been blessed by your meager offerings and their 501-C3 tax status.
Oh but their message is aired to the starving people in Africa and India.  All those who can’t afford food or shoes, let alone a TV or electricity to watch the message your contribution supposedly goes toward.  Forget about those who never got to see their program because they were hiding from Islamist extremists trying to survive another day as a Christian.  Forget about the past and present slaughters of newfound Christians in Africa because of radical Muslim’s killing them for not converting to Islam.  But, don’t worry, be happy for the Lord has blessed you in your giving.
Why do I bring this up?  Because this election cycle looks so much like a prosperity preacher’s hook on begging for dollars while the world is under attack.  Each day my email is flooded with a particular evangelical candidate asking for money because the world is just beating him up in the media. What his pleas for dollars should be stating is for me to  “Send money so they can fight the evil forces that they themselves have awakened by seedy maneuvers and false actions.”  Not to mention to pay the salaries of those in charge of such passing around such email collection plates.
Well, this particular candidate can possibly fool those who are already up to their armpits in the evangelical send me money for a blessing game…..but, not for those who are sick and tired of the political correct con jobs and false shepherds preaching on giving to get.
This nation is in serious disarray and it will take a leader who can help lift up out of the pits all the people  from all walks of life in order to turn it around.  Not a biased group looking down upon the sins of others with distain and disgust. Worst yet, labeling a people from where they may hail from.
I am for the one who looks beyond the person and sees what each can be if given the opportunity.  Not for those who long for the finest seats in the synagogues and high praise in the market place.  I am for the one who tells it like it is and has rolled up their sleeves to make a difference for every American, regardless of their perceived sins and shortcomings. That one is Donald John Trump.
So, let each cast their vote and let it be wise.  I am so tired of saying ‘I told you so’ after each election and warning what would be.  We have been shown a life boat….I’m getting in….who else will?
Dianne Marshall