Putin's Next Move! He Doesn't Like Being Stabbed In The Back! - The Marshall Report Skip to the content

Putin is on the edge of a serious situation and wasting no time in gathering his allies together to size up what his next move in the WWIII game of chess will be.  Obama and his brotherhood have been plotting their next moves and it looks like they are sacrificing a few pawns to grab a knight in the game.  But then again, it really looks like a game of checkers where Obama is about to get crowned.  Just not in the way he would like, for he is leaving a very sloppy trail and the entire world knows he created ISIS and has been arming them.
Saudi Arabia is getting a few glares from Putin in their part of the arms exchange and the last thing they want is a war.  Putin is fully aware that the gas canisters that were planted in Syria a few years ago had the name Saudi Arabia and USA printed on them.  And fully aware they are gun runners for the USA.  Why do you think they will not allow any  Syrian refugees inside their borders?  They are in the business of supplying arms to make more of them.
There are many hidden facets of high intelligence that Putin and other nation leaders exchange in private conversations.  Putin has many satellite images of wrongful acts performed by nations who are lying to their people about the middle east crisis.  At the recent G20 Putin exposed  the 40 nations and two G20 nations who have been aiding ISIS by providing military equipment and arms, as well as those who purchase the ISIS stolen oil from Iraq and Syria oil wells. Mainstream media doesn’t talk about this.
So let’s look at what is taking place with Russia.  Yesterday Russia blew up many more ISIS controlled oil refineries.  Today a Russian jet was shot down by Turkey.  It looks a lot like they did not like their oil sources being cut off any more than ISIS did.  Today, Putin exposed Turkey as a major  purchaser of  ISIS oil, and reminded the world this was an act of willful funding of ISIS.

Turkey is the world’s most powerful Muslim Brotherhood nation and it’s President Erdogan is very close with Obama.  Within hours of the Russian fighter jet being shot down by Turkish anti-aircraft fire, Obama sided with Turkey.  What is more revealing is that Turkey went right to NATO with the news of shooting down the Russian jet and made no contact at all with Russia.
https://www.youtube.com/watch?v=7343nXyGS0s 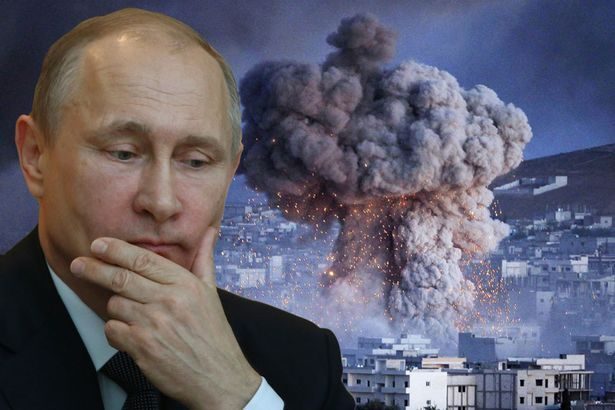 Putin referred to this entire act as a “stab in the back”.  Now, when Putin refers to an event as a stab in the back, that is very serious.  Mark my words, Putin is not going to let this just go.  He is definitely looking a major move.  He has a lot of intelligence that Obama and the NWO do not want released.  I bet he will be releasing a few things very soon. A few things that will shake up the game of “whose side are you on”.  Watch, it is coming.
Dianne Marshall
Read more at https://dcwhispers.com/#S3pmwOU2D2P6RjjS.99