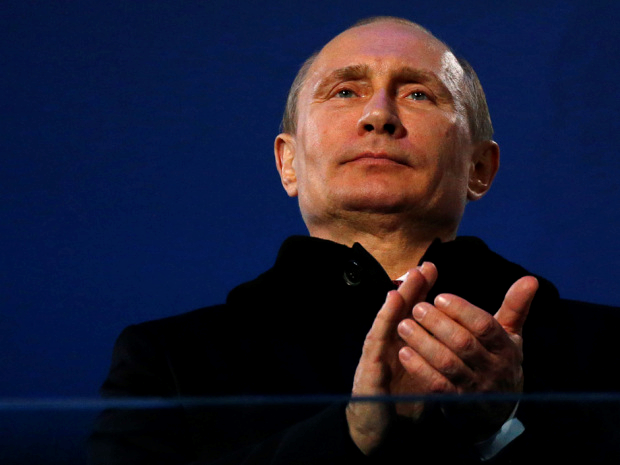 Putin exposes the New World Order and lets them know the game is over at the Valdai conference in Sochi October 2014.  As the world order pushes forward with its’ back room deals, it is good for everyone to at least know the key points of Putin’s message.

Thank you to sott.net and Dmitry Orlov
ClubOrlov for this commentary. (see more at link below)

1. Russia will no longer play games and engage in back-room negotiations over trifles. But Russia is prepared for serious conversations and agreements, if these are conducive to collective security, are based on fairness and take into account the interests of each side.

2. All systems of global collective security now lie in ruins. There are no longer any international security guarantees at all. And the entity that destroyed them has a name: The United States of America.

3. The builders of the New World Order have failed, having built a sand castle. Whether or not a new world order of any sort is to be built is not just Russia’s decision, but it is a decision that will not be made without Russia.

4. Russia favors a conservative approach to introducing innovations into the social order, but is not opposed to investigating and discussing such innovations, to see if introducing any of them might be justified.

5. Russia has no intention of going fishing in the murky waters created by America’s ever-expanding “empire of chaos,” and has no interest in building a new empire of her own (this is unnecessary; Russia’s challenges lie in developing her already vast territory). Neither is Russia willing to act as a savior of the world, as she had in the past.

7. Russia does not wish for the chaos to spread, does not want war, and has no intention of starting one. However, today Russia sees the outbreak of global war as almost inevitable, is prepared for it, and is continuing to prepare for it. Russia does not war – nor does she fear it.

8. Russia does not intend to take an active role in thwarting those who are still attempting to construct their New World Order – until their efforts start to impinge on Russia’s key interests. Russia would prefer to stand by and watch them give themselves as many lumps as their poor heads can take. But those who manage to drag Russia into this process, through disregard for her interests, will be taught the true meaning of pain.

9. In her external, and, even more so, internal politics, Russia’s power will rely not on the elites and their back-room dealing, but on the will of the people.

To these nine points I would like to add a tenth:

10. There is still a chance to construct a new world order that will avoid a world war. This new world order must of necessity include the United States – but can only do so on the same terms as everyone else: subject to international law and international agreements; refraining from all unilateral action; in full respect of the sovereignty of other nations.

To sum it all up: play-time is over. Children, put away your toys. Now is the time for the adults to make decisions. Russia is ready for this; is the world?