Putin Strikes Back At Turkey! - The Marshall Report Skip to the content 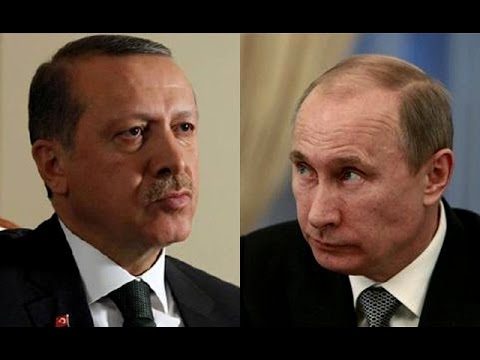 Putin wasted no time in showing Turkey there will be heavy consequences for shooting down the Russian Su-24 warplane above Syria on November 24.  To start with RUSSIA is TERMINATING ALL MILITARY COOPERATION with Turkey, and joint commercial projects will be closed down as well.
Turkey’s  22-billion-dollar contract with Russia for the construction of Akkuyu nuclear power plant is now in jeopardy, and  Putin has terminated all gas supplies to Turkey.
Russia’s Gazprom will have to assess the feasibility of building the Turkish Stream pipeline – the company had signed the memorandum of building the pipeline with Turkish company Botas.
I wonder if President Erdogan thought through the potential consequences before he listened to his brotherhood buddy Obama?
Until recent events, Turkey was Russia’s fifth largest trade partner. In 2014 Russia-Turkish contracts totaled over 44 billion dollars.
– See more at: https://english.pravda.ru/news/russia/132698-turkey_russia_aftermath/#sthash.sVaT7Acz.dpuf

Putin has called Turkey an accomplice of terrorism and indicated Turkish ties with Obama on the attack.  He pointed out that Turkey’s  President  Erdogan  made no contact with Russia after the plane was shot down and contacted NATO.  Fox news reported that President Erdogan contacted President Obama first and told him of the downed plane and that Obama then directed Erdogan to contact NATO.  That sure sounded to me like  Turkey was reporting directly to Obama.  What do you think?  Why would the first person to be called (pending such a serious act) be another nation’s leader unless that leader was in league with the act?
Turkey claimed that the Russian plane violated Turkish airspace, but did not provide any proof for that. According to Russian officials, the Turkish side did not even try to contact the Russian pilots prior to firing a missile at the Russian jet.
Dianne Marshall
Also Read:  https://shoebat.com/2015/07/20/turkish-prime-says-that-obama-is-the-black-man-we-needed-in-the-white-house-and-vows-to-revive-the-muslim-ottoman-empire/