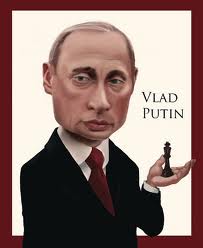 Russia issued its’ first airstrike in Syria, near the city of Homs  and told Obama to order his military out of the area.  Obama said no.  Is this a jockeying of power and control?  Or is this the beginning of a chain of revealing events?

Is Putin flushing out some cold hard facts here in a Trump-like style?  Will Putin’s actions reveal a truth that Obama is not after the insurgent terrorists but in reality actually trying to topple the Syrian government through mercenaries?  You know, mercenary fighters like the ISIS the US has trained, the same ones the US has paid to fight in Syria?  Who are the same fickle jihadists that get paid by  the highest bidder to fight other peoples enemies?  Time will tell.

What we do know is the Russian parliament gave President Putin approval to use the air force in Syria and Putin has told the United States that it should not fly its warplanes in Syria while they are doing such strikes.  Meanwhile, for some reason U.S. decision makers have said U.S. missions will continue as normal.  Whatever normal is or was?

The Kremlin Chief of Staff Sergey Ivanov said that after a request by Syrian President Bashar al-Assad for military assistance in fighting ISIS,  “The Federation Council unanimously supported President Putin’s request 162 votes in favor of granting permission.” (according to ITAR-Tass)

At this critical moment, time will tell if Obama is truly the “Monkey with a hand grenede ” that Putin has called him in the past.