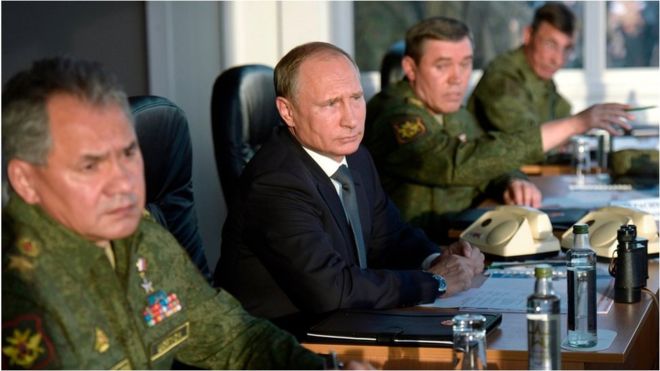 In reports from the Kremlin, the  ISIS COMMAND structure near Raqqah  is NO MORE!

Su-34s hit their target with concrete-piercing BETAB-500s setting off a series of explosions and fires that totally wiped it out!

Surgical airstrikes by Russian fighter jets have knocked out a number of Islamic State installations in Syria, including the battle headquarters of a jihadist group near Raqqa, according to the Russian Defense Ministry.

“A bunker-busting BETAB-500 air bomb dropped from a Sukhoi Su-34 bomber near Raqqa has eliminated the command post of one of the terror groups, together with an underground storage facility for explosives and munitions,” the spokesman said.

Commenting on the video filmed by a Russian UAV monitoring the assault near Raqqa, Konashenkov noted, “a powerful explosion inside the bunker indicates it was also used for storing a large quantity of munitions.

“As you can see, a direct hit on the installation resulted in the detonation of explosives and multiple fires. It was completely demolished,” the spokesman said. 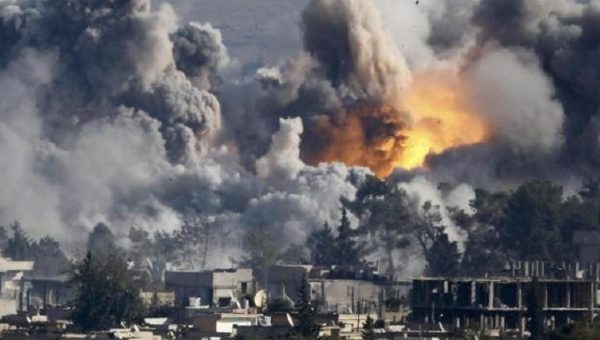 If these reports from the Kremlin are true, it certainly makes the world sit up and ask a lot of questions.  Beginning with – why didn’t the American super power Commander in Chief, Obama do that? Why did Obama give the impression it would take years and years to stop ISIS?  And why is the world being asked to take in Syrian refugees for the next 6 years?  Most of all – how long will it be before we send these refugees back where they belong?

It is obvious to the world that the middle east mess was created by toppling regimes that kept the many diverse Islamic groups in line.  It is also clear that many tactics and underhanded secret deals are about to come out into the open.  I would say an international investigation for treasonous acts against sovereign nations is in order for the near  future.  But will that ever happen?  Time will tell. 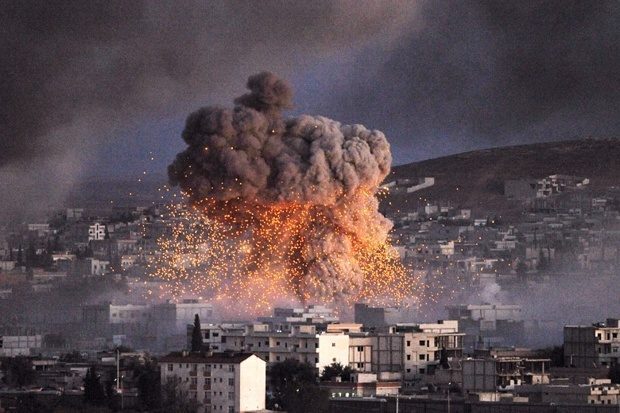 Meanwhile, if Putin finishes blowing all the command centers up and confiscating the funding machine (oil wells), then the entire western establishment checker board will have been turned upside down.

Pundits are already calling this “embarrassing” for Obama.  I say wake up and look around and see the mess this embarrassing situation has created on a world scale!  Who cares if he’s embarrassed – impeach the bunch of them who were behind the entire Arab Spring that led up to the Christian beheading, liver eating bloody mess we have today!