Vladimir Putin and Russia have kicked Hillary Clinton and her idea of democracy to the curb.  In fact Putin “Reset” Hillary and there will be none of her democratic election rigging and voter fraud allowed in Russia and none of her activists groups.  They just aren’t welcome there. 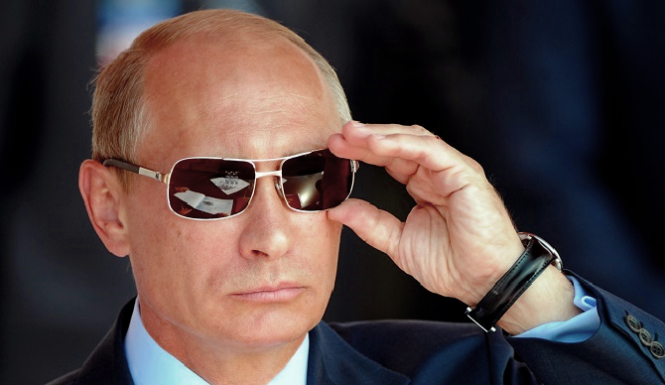 On September 18, 2012, shortly after Benghazi, in the middle of gun running to ISIS and the Arab Spring still blazing from Hillary’s idea of democracy, Putin ordered the departure of USAID’s as part of a   broader crackdown on Russian civil society groups. Groups like this one were responsible for the fraud-tainted parliamentary election the year before. Hillary’s democratic civil rights activist groups prompted massive anti-government protests. Putin blamed Washington for trying to destabilize Russia and accused Secretary of State Hillary Rodham Clinton for signaling the start of demonstrations.
So what America is experiencing from the start of another election year is once again the result of Hillary’s communist Saul Alinsky rules for radicals and all the minions she can stir up to help. Heck we have been experiencing this slow boil since the Clinton presidency.  It is just that Obama and Hillary together have turned up the heat so high- the frogs are jumping out of the pot! 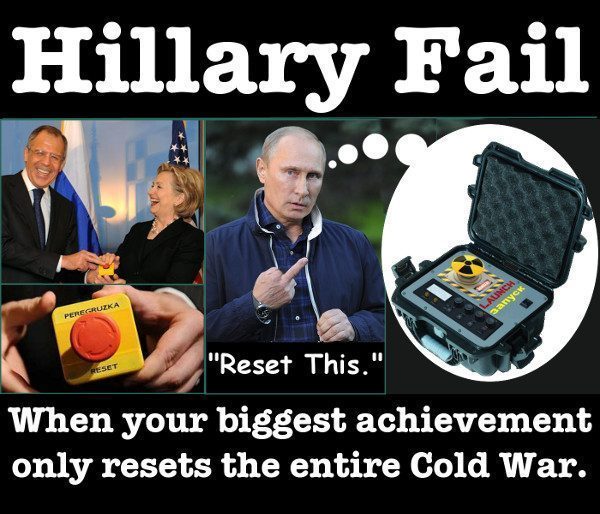 USAID’s money went under the guise of “fighting AIDS and tuberculosis, helping orphans and victims of trafficking, and improving the protection of wildlife and the environment” while “about a third of annual funds went to governance, human rights and democracy programs.”
In 2009, Secretary of State Hillary Clinton and Russian Foreign Minister Sergei Lavrov symbolically “reset” relations by pressing a red button together.  And in typical Clinton fashion, as the door was hitting their little democracy groups on the way out, the USAID’s stated they would remain committed to supporting democracy, human rights, and the development of a more robust civil society in Russia and look forward to continuing their cooperation with Russian non-governmental organizations. (See Link) 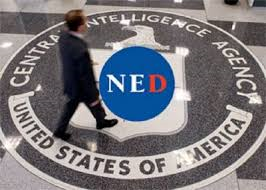 Another Clinton favorite, The National Endowment for Democracy (NED), which spearheads American efforts to foster democracy throughout the world, (and helped to bring about the Arab Spring) was formally kicked out of Russia in July 2015.    In late May 2015, Putin signed a new measure into law that allows the Prosecutor General’s Office and Foreign Ministry to declare activities of “undesirable foreign organizations” illegal – those posing a “threat to the constitutional order and defense capability, or to the security of the Russian state.”  NED’s real agenda was to  push Russian citizens into accepting a propagandistic viewpoint – that the Russian actions were crazy and that Putin was, according to many of its’  Post’s headlines, “power mad.”
Yes, it is the same thing our media is doing here in this election cycle.
Russia’s Deputy Foreign Minister Gennady Gatilov called the undesirable organizations law “without any question a step in the right direction.” Many so-called NGOs (like NED) are agents of foreign governments.  It’s ideas to bring about democracy does the polar opposite.  It’s a global mischief-maker – a rogue agency financing anti-democratic groups and initiatives in scores of countries worldwide. Its objective is regime change – notably in independent nations like Russia. It subversively interferes in its electoral practices among other ways of targeting its sovereignty. (See link)  In a nutshell,  NED – founded by the CIA, funded by US Congress and headed by a neocon the National Endowment for Democracy was an instrument of a regime-change-minded foreign government. (See Link)
Russia had enough of western crowd funding in its’ political elections to undermine its’ national interests. Their new Law on Undesirable Organizations justifiably targets foreign organizations posing a “threat to the constitutional order and defense capability or the security of the Russian state” – subversive groups no governments should tolerate.
https://www.youtube.com/watch?v=j9FfX0B8ujA
Groups included in the Federation Council’s stop-list  “known for their anti-Russian bias.” include:
NED, the Open Society Institute, the International Republican Institute, National Democratic Institute, MacArthur Foundation, Freedom House;  Charles Stewart Mott Foundation, Polish-based Education for Democracy Foundation, East European Democratic Center, Ukrainian World Congress, Ukrainian World Coordinating Council, and Crimean Field Mission on Human Rights. 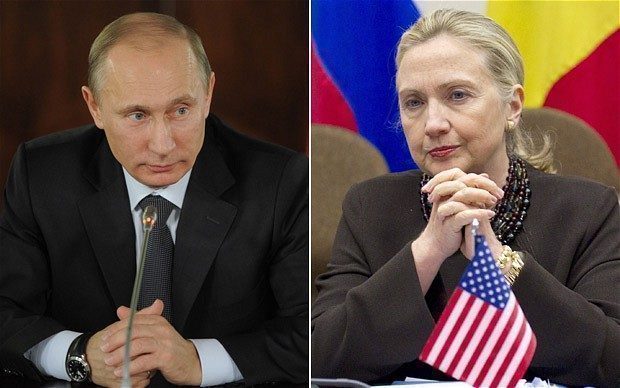 As you can see, Russia and Putin are familiar with Hillary and all her political propaganda methods of manipulating public opinion and campaigns.  They are fully aware of how nation toppling and regime change starts by dividing a people from within and when you own the media – it is a cake walk.  Unless, a people awake, expose the evil and take back their rights!
Putin keeps warning Americans – keep your guns! I agree.  It’s time to expose the liars with every bit of truth there is.  Meanwhile – stand by Trump and pray for the strength to stand!
Dianne