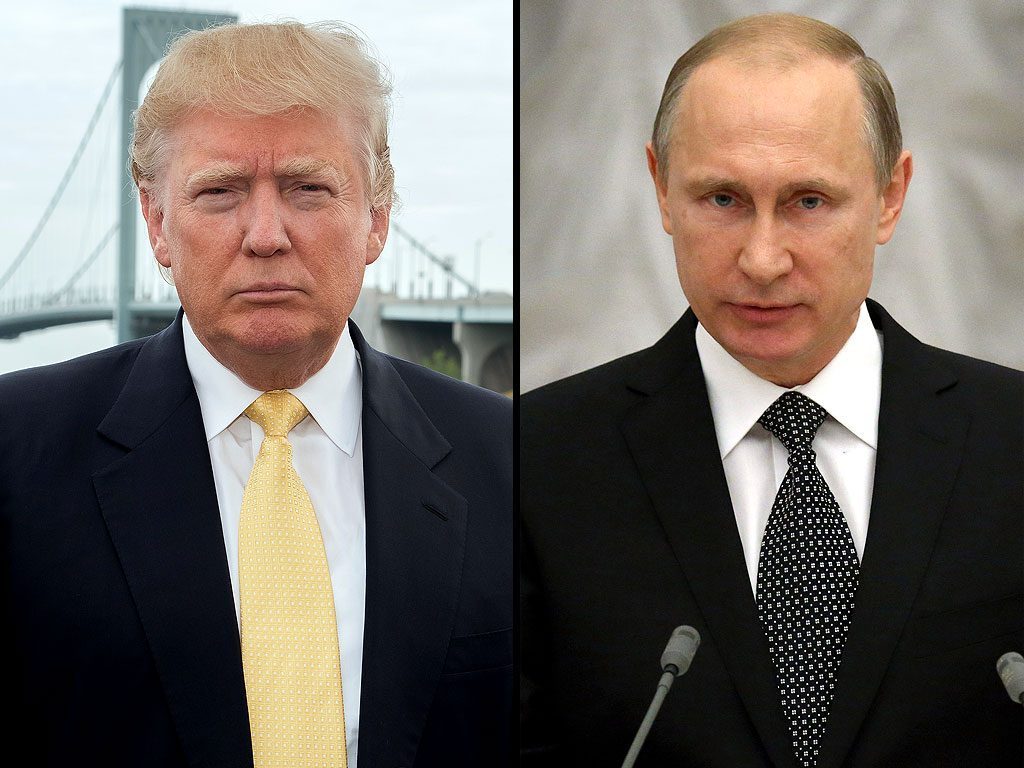 Both Vladimir Putin and Donald J. Trump have stepped out and sworn to the people that they will do what it takes to stop the persecution of Christians in the world.

They have both expressed their distain for the brutal butchering of innocent people by Islamist extremists.  Imagine what can be accomplished should Trump become our next president and they both use their forces to stand against this world wide injustice.

Regardless, Putin is putting his hand to the plow to do exactly what he has sworn to the head of the Russian Orthodox Church to do.  He has sent soldiers into Syria to stop the so called insurgent rebels, and assisted President Assad in military equipment. These are the same rebels that have been trained, equipped, and  funded by (I shamefully say) the Obama administration and the NATO western alliance.

Putin has taken a stand to say enough is enough and help President Assad put an end to the endless murdering, raping, liver eating, and beheading of Christians in Syria.

What the news will never tell you is the fact that Syria is under an ongoing terrorist attack involving the CIA created ISIS and backed by  the Elite Establishment’s puppets at the United Nations and shamefully, our President Barack Hussein Obama.

Meanwhile, I again shamefully say, Obama Et Al, is head strong on toppling Assad and offers no refuge or protection for Christians, only Muslims who the majority (according to all European nation leaders) are predominantly able body men and mostly Islamic radicals and ISIS supporters.  Some have come out and publically stated that the majority of those coming into their countries are simply ISIS.

The problem is real and it has created a crisis throughout European nations.

Sadly Russia is the only nation that has taken a stand to send assistance to President Assad to stop this evil.  Ironically what the Elite Establishment has desired to do to Syria has now come back upon their own nations.  The very same radicals they have financed, trained and encouraged to fight Assad have shown up on their own door steps.

It is what it is.  Meanwhile, our media is silent on this issue and has decided to lift up a banner for the Muslim world and condemn any American who would dare to think any ill about the actions of these who have confessed their faith to Kill the Infidel.  It is a shameful display to watch these celebrity commentators and political pundits make such a stance to uphold radical Islamic extremists like CAIR over decent Christian candidates and citizens who have merely honestly answered gotcha questions by a pathetic, bound for hell media.

I applaud Vladimir Putin for taking the stand to say enough is enough and following through with the action to crush the head of the snake created by a group of greedy elites whose desire is to rule the world under their own misguided set of unsustainable development goals.

There is one thing the main stream faux media will never tell you about Putin.  When he took office he vowed to rid it of communism and set in place systems to insure that it will never be taken over by radicals again.  He did that and also kicked out the Rothschild’s Central Banking Systems, arresting them and setting up Russia’s own national banks.  He also forbid Hilary Clinton’s sponsored western propaganda press machine from ever interfering in their elections and feeding western lies to the people of Russia again.  He denied them access to do any spreading of lies.

When people take a good hard look at the establishment that is fighting tooth and nail to destroy Trump on the campaign trail, they will see why the same ones do not want him in the White House.  It would ruin the last hundred years of choking America and all but bringing her to her knees in order to bring about a borderless America and create chaos that will lead to a North American Union, and later fall into a global governance.  There is no other candidate who can truly take a stand to stop this evil from taking place except for Trump.

I am praying that Trump will be elected and do for America what Putin has done for his Mother Russia.

I believe when the two of them meet, Trump and Putin will get along just fine.