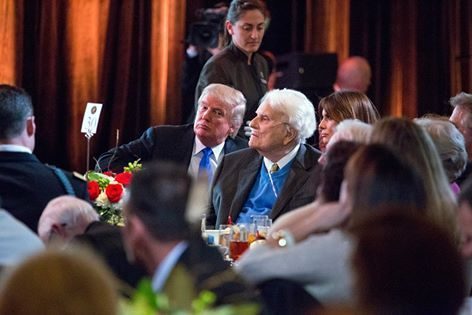 Sadly, our government owned media uses psy-ops on the people in every form possible in order to herd the masses until they either buy into or surrender to their propaganda. The puppet masters are drunk on the power they wield from spinning false narratives, be it about world leaders, the war on terror, Russia, Syria, ISIS, refugees, illegal immigrants, Obama care, TTP, racism, or political candidates (especially Trump). Deception and propaganda (psy-ops) is nothing new, it dates back to Adam and Even in the garden.
The term Psy-ops, or psychological operations is used by our own government’s “strategic communications” (statcom) to describe the techniques of psychological manipulation used in warfare and on its people. It treats information as a “soft power” weapon to spin false narratives, deceive, confuse, disrupt and demoralize the enemy, thereby weakening the enemies resistance and causing them to surrender.
In the 2016 election we are watching this soft power weapon in full swing! We are all witness to the obsession among the establishment elite to sway the thinking of the masses with every method of social media available. Their false narratives are delivered to the public through newspapers, TV, radio, the internet, You Tube, cell phones, bill boards, magazines, and any other means that can convey information.
For generations Americans have been bombarded by the State Department, the White House, Pentagon, NATO and other agencies pushing various narratives to sell the American people and other populations on how they should view U.S. policies, rivals, allies and politics. Who and what is good and who and what is bad. They have mastered the art of blending psychological operations, propaganda, and public relations into one big pitcher of Kool-Aid that we are all told to swallow.
Yet, today, something has happened that the establishment wasn’t expecting. Little by little critical thinkers found the truth and boldly distributed it to the masses through the same social media sources posting the propaganda. As the deceived awakened, they were angry at those that told them the only thing to drink was the Kool-Aid.
Then, something else happened the establishment wasn’t expecting. Donald John Trump stepped out to run for president of the United States. He told the truth, the same truths the people had been discovering and he had answers to turn the mess around.
Trump pointed the fingers at the guilty. The same guilty ones the people had discovered but could do nothing to stop. Trump gave common sense answers to ongoing problems that were purposely designed to destroy America from within. Trump gave new clarity to the chaos and showed how the inner workings fueled it. The people were finally validated that what they had known, felt and watched was indeed the true reality. For now there had emerged a powerful leader with the grit, and boldness to call the deceivers out and lead the way to make America great again.
The establishment fought back so hard with every form of psy-op propaganda and then resorted to out right lies. Each time, Trump, the people’s leader called them out. He exposed the lies, their strategies their arsenal of “soft power” weapons were useless. The tables were now turned. The people exposed the lies faster than the propaganda media could spin them. They learned well from their leader Trump to expose them before they say it.
Like a great general, Trump led his supporters like troops and trained them well on the strategies of the enemy. His lines of communication were and are always opened. Trump lifts their moral and leads the way. Minute by minute the supporters are informed of any move the opposition is making.
So, this year the politics are very different. The “strategic communications” used by the establishment elite and their political puppets have been exposed for all to see.
Their one size fits all lies to herd the masses aren’t working any more. As the eyes of the wide-awakes open, one thing is certain. No one who has been awakened is going back to sleep!
Dianne Marshall