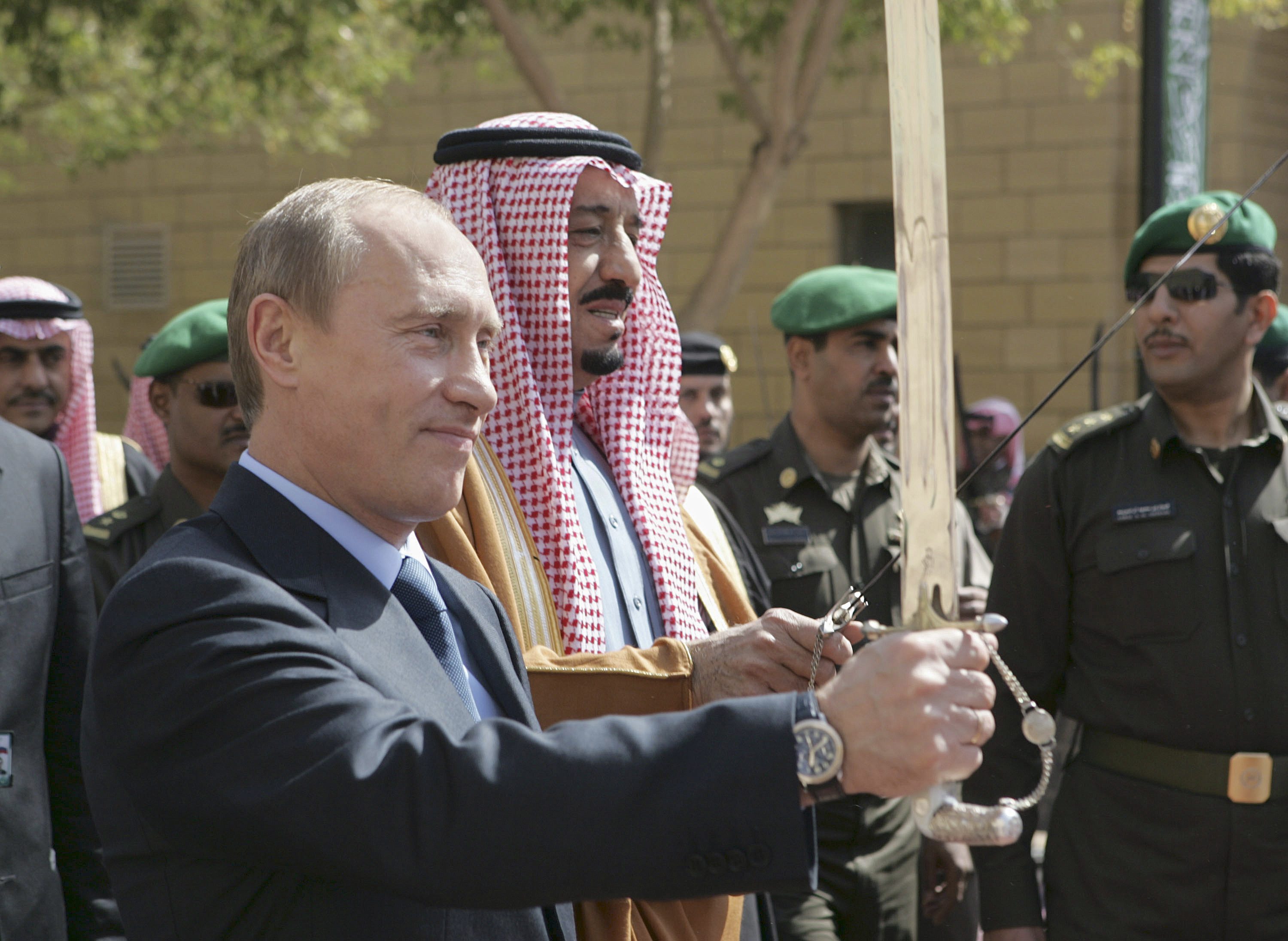 1,700 domestic bank accounts frozen as a result of the Saudi purge! From Saudi Princes, businessmen, executives to lower level managers and officials – an EPIC CRACKDOWN on the Saudi house of Cards has the world’s eyes watching, even though main stream media would rather talk about who’s running for president in 2020. And why wouldn’t they? Things have taken an extreme right turn for the Cabal and the media narrative of  Russia, Russia, Russia!  Even Fox Network is in the Epic limelight with the arrest of Prince Alwaleed (who owns a lions share of it and the biggest share in Twitter! Did I mention the Wall Street Journal? Yes, Alwaleed owned that too.  It seems the biggest contributor to Hillary Clinton’s campaign and a number of the Saudi royals that kept the Clinton Foundation money train a chugging are now arrested along with a slew of other notables.

Here is the list of the Saudi Prince’s arrested so far: 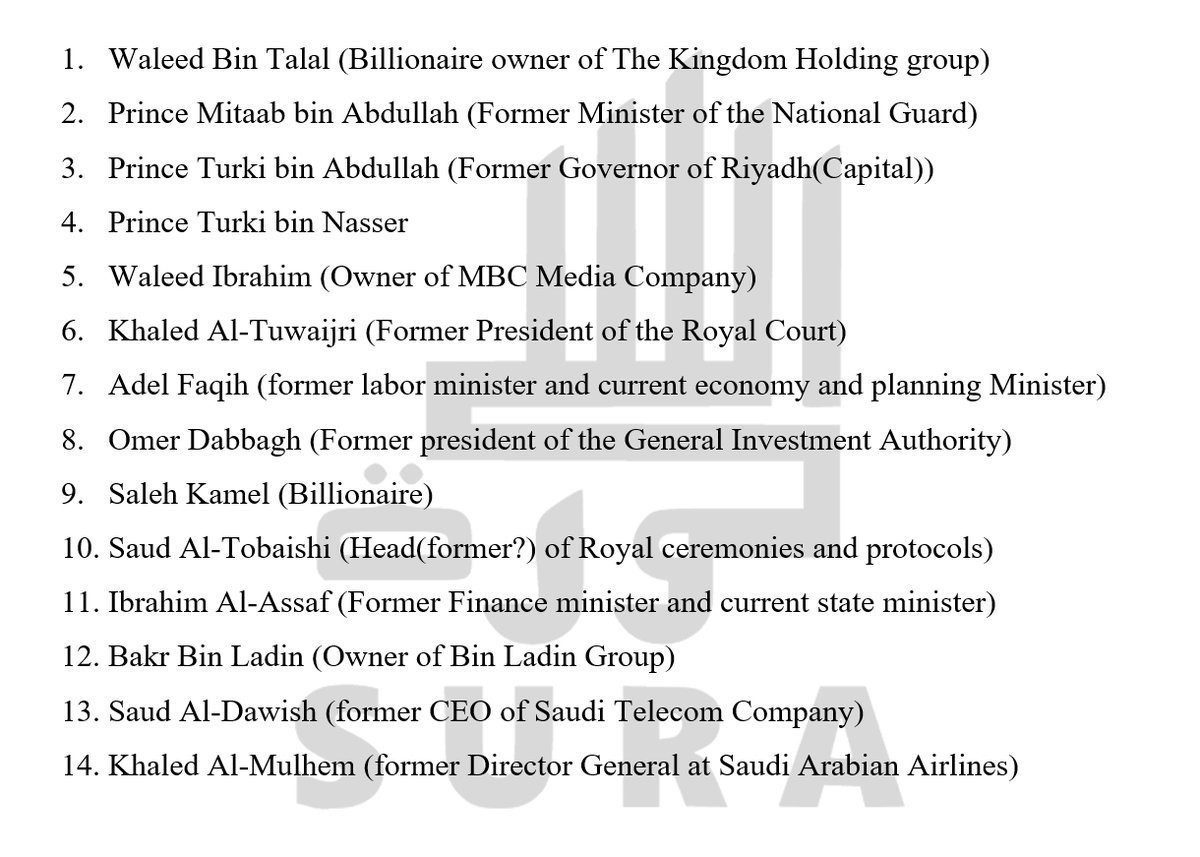 According to Reuters, many Saudis have cheered the purge as an attack on the theft of state funds by the rich. President Donald Trump said, “Those arrested had been “‘milking’ their country for years”.
The U.S. State Department said it had urged Saudi Arabia to carry out any prosecution of officials detained in a “fair and transparent” manner.

It’s been no secret that Prince Alwaleed Talal has been very active in funding ways to get what he wants in both US and world politics and business deals. He is loved by most all the progressive globalist politicals, or at least his money was.  But, now with the crackdown on corruption in Saudi Arabia, his own towers are falling.  He is now arrested and his bank accounts have been seized by the Saudi Government, along with a bunch of his friends.  So far it has been reported that over 800 billion dollars in accounts have been frozen and more are expected. 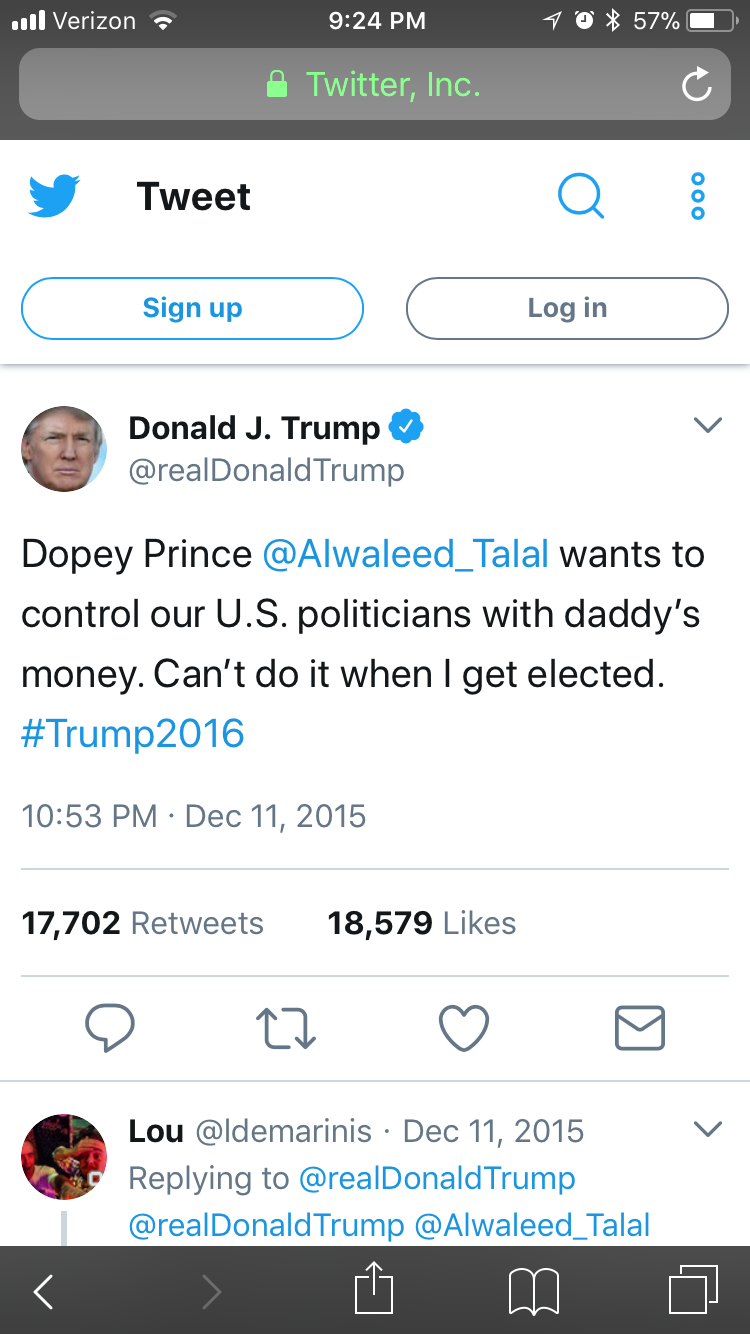 The abrupt action to snuff the corruption by King Salman and the Crowned Prince has many Western officials apprehensive at the possible ramifications, I guess you could say their jaws are still dropped. After all, Saudi is the world’s largest oil exporter. 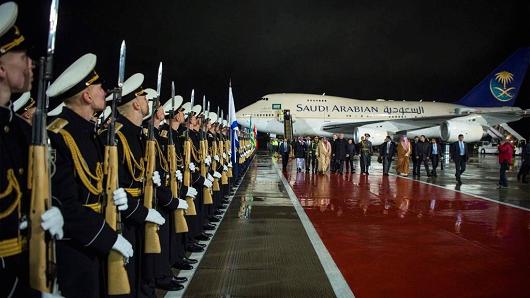 Global jaws are either clamoring or jammed shut wondering what is taking place as they connect the dots. October 4, 2017 King Salman made history by his visit to Moscow to speak to President Putin. This was the largest ever foreign delegation to Moscow. King Salman doesn’t do courtesy calls, nor does he do photo ops; the visit signaled that Saudi Arabia is serious about their mission to diversify its economy and its role in the global economy and ending the corruption.

Economists and analysts are trying to hold their narratives together by noting that Russia and Saudi Arabia’s increasing closeness is due to a desire from both sides to form a strategic alliance beyond energy, with political and economic cooperation likely to accompany closer energy deals. 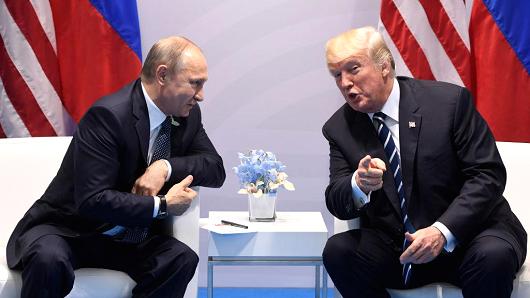 Media pundits are squawking that the US alliance with both Russia and Saudi Arabia is cold and US influence in the middle east is on the decline. But, that is far from the truth. President Trump has built a strong alliance with King Salman and the Deputy Crowned Prince. President Trump has applauded King Salman for his “Purge” and encouraging stock market options to help boost their economic efforts. On Saturday Nov. 4, 2017 President Trump personally lobbied Saudi King Salman to list the Saudi Arabian Oil Co. on the New York Stock Exchange during a phone call, according to a readout provided by the White House.  He also sent out a tweet. 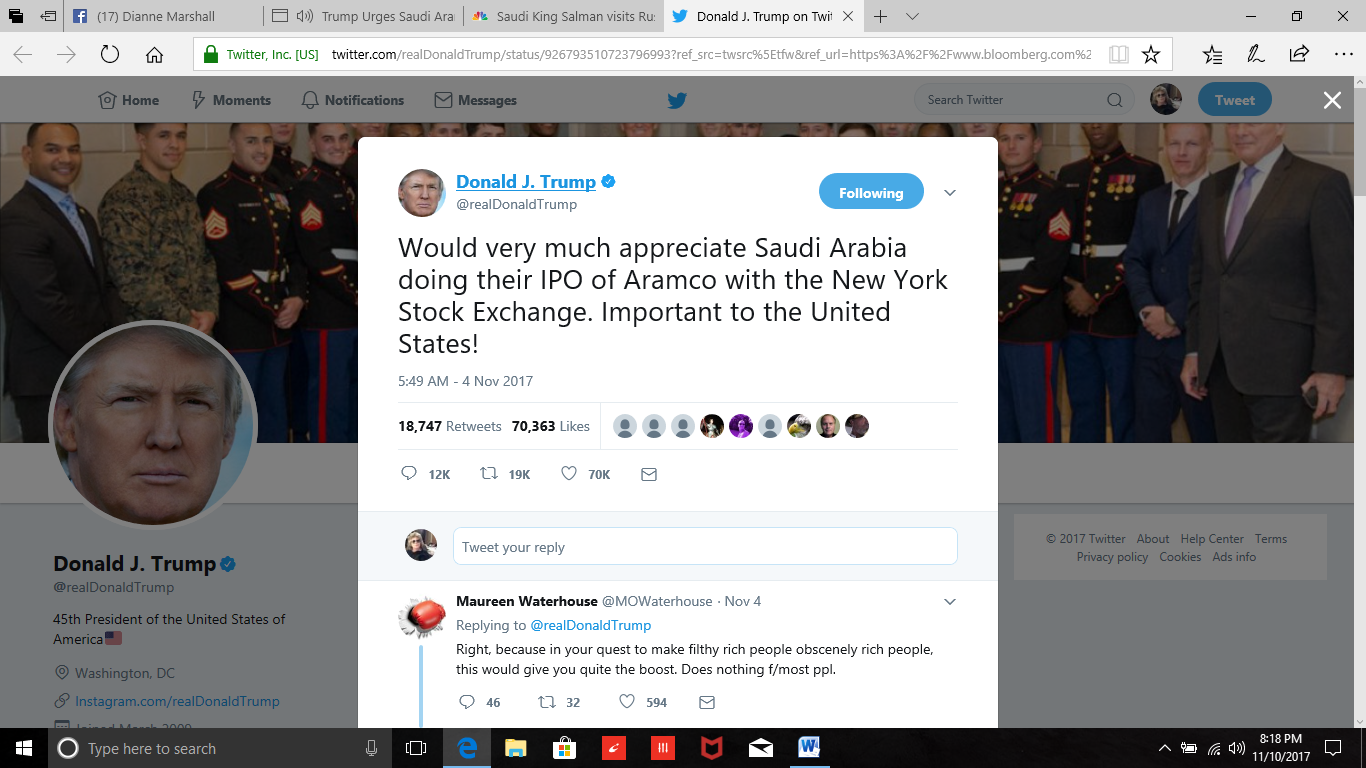 The truth is, the oligarchs and talking heads are scrambling for life jackets while the puppets are playing music to distract.  They are jumping into overcrowded boats with no sense of direction in the same manner it was done on the day the Titanic struck the iceberg.

It will be interesting to see how the oligarchs and their puppets will react. Especially those who have awakened with the taste of a  BIG FAT RED PILL in their mouths. In knowing they are done with nothing to lose, how will they react.  Will they hot wire the nukes and blow up the world? Will they pull everyone under the bus with them, or will they, like Hillary, continue to shout they don’t know what the world is talking about and shout “What difference does it make?”

I’m not worried about the middle east tribal gangs like ISIS, etc., after all t he oligarchs and their puppets created all that.  What concerns me are all the desperate oligarchs AKA- great merchants who are on their way down.  What are they capable of?  Especially when they know it’s all over and there is nothing more to lose.

Meanwhile, I look forward to the new alliances and am excited to hear all about President Trump’s trips to the nations abroad.  Connect the dots of the nations he has just visited.  Look at his reception in all and smile.  All is well – but hang on, it’s not any where near over. It appears to have just begun.