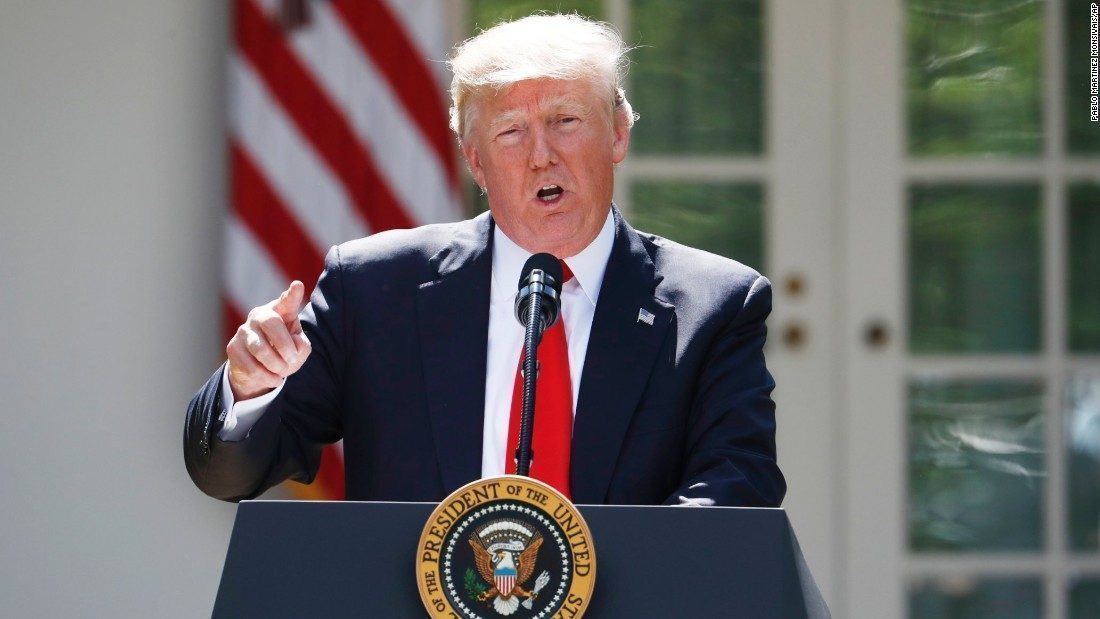 President Trump is holding true to his campaign promises and not giving America’s greatness away to Merkel, Macron, India, China, and the rest of the world!  Not when America has to lose 86% of its’ coal production and India and China get to increase theirs!  President Trump read off a list of upside down giveaways that would all but turn the USA into a third world nation while losing over 3 trillion of its Gross Domestic Product (GDP)!

All while the world’s top polluters are enabled to continue to pollute and take over production of products now manufactured in the USA.  From paper, automobiles, cement, to energy, iron and manufacturing of steel!  President Trump says NO!   Today he pulled the US out of the Obama treasonous Paris Accords that was never okayed by the Senate!  He untied the hands of Americans saving over 6 million jobs and giving an open door to create more while saving each household a minimum of $7,000 a year and in some cases more.

Now Europe must decide whether they want to continue their global agenda 21 to destroy their sovereignties and welcome radical Islamist refugees  or whether they will realize they are on their own and salvage what they have left.  The USA is no longer going to flip the bill for NATO either.  Let that soak in to the heads of the EU collective.

On this day, President Trump has declared to the world and especially to its’ people that America comes first!  He expressed he is willing to negotiate a fair deal….and if so good, if not that’s okay too.