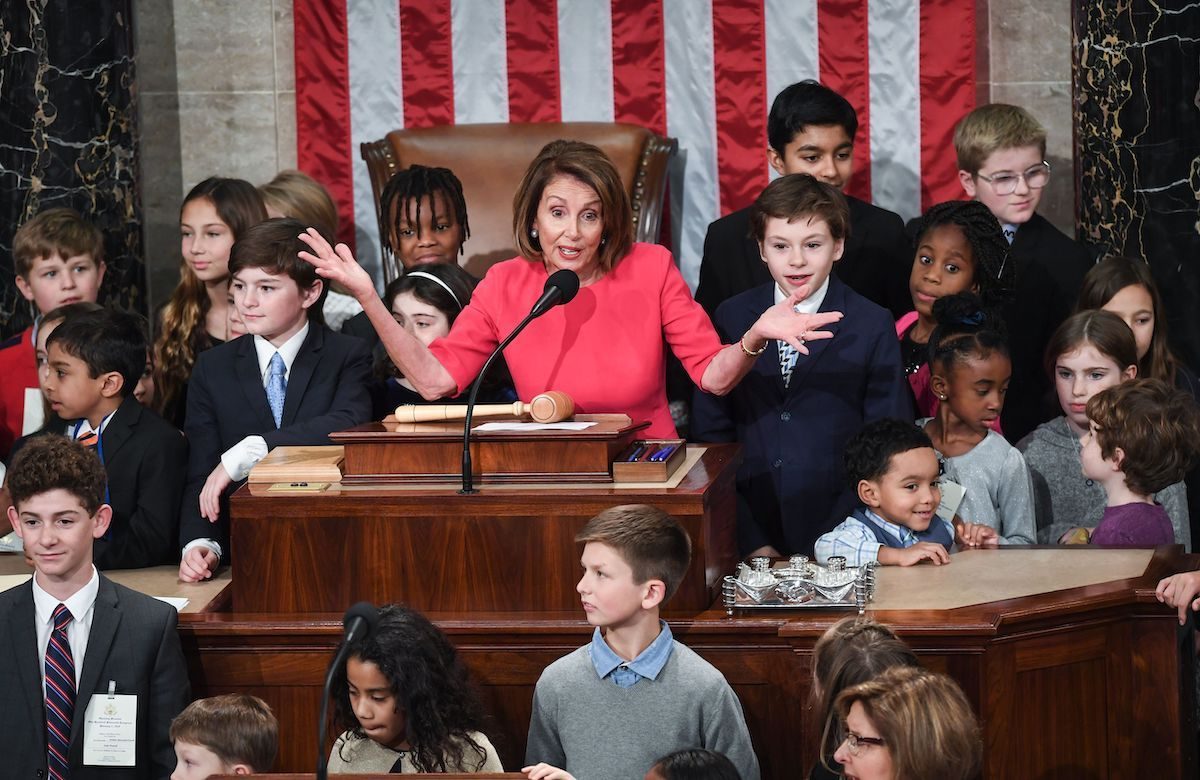 Why did Pelosis have all of her children and grandchildren – 93 family members going with her on her trip to Egypt, Afghanistan and Brussells? And 7 congress members? Who takes 93 family members (mostly children) on a secret government business trip on military aircraft, paid for by tax payer dollars? 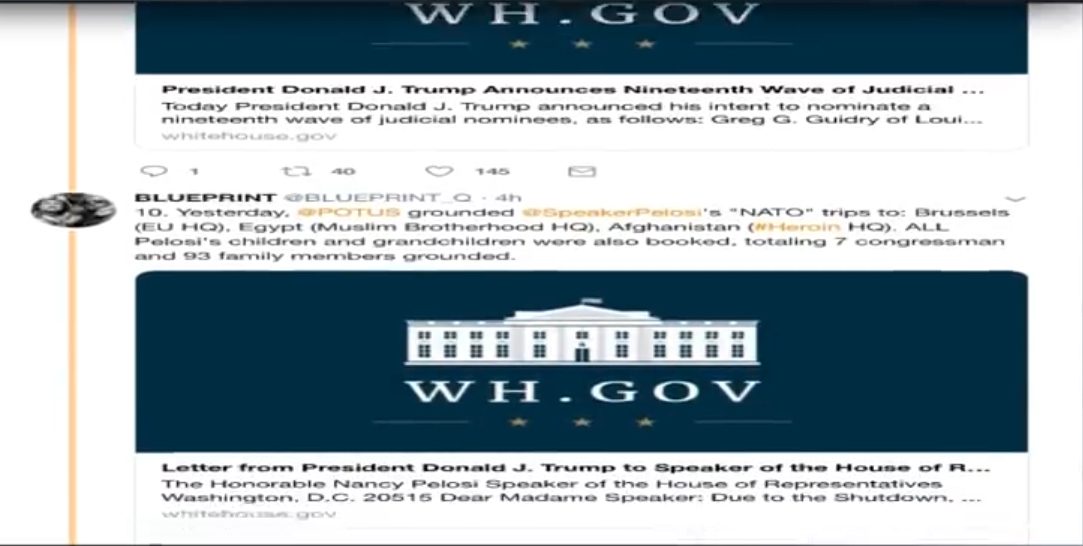 What ideas were rolling around in her head? If true, as so much gets spinned, what was she thinking?  Doing? 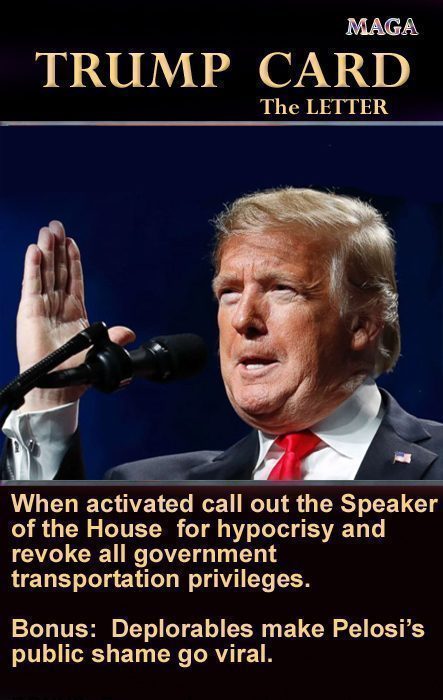 President Trump grounded her from whatever it was she was planning to do.  But what exactly was she planning? The Commander In Chief has access to classified information and knows far more than any of we who are watching this circus. So, knowing there is a war going on between nationalists and globalists, and the globalists are having their meeting next week in Brussels to plan world economics, trade, climate change and a new GLOBALIZATION roadmap… and knowing Pelosi is power hungry and other things…it’s not far fetched to rummage through your wildest imagined conspiracy box and come up with something very real and valid.  I’ll give it a shot.

Was Pelosis planning for the Jihadist Attack that was intercepted by the FBI a day or so ago, in Georgia to be successful? Remember he had rockets. And or was the Georgia arrest a first step leading into an upcoming false flag? Was it planned to take place while POTUS and V-P were together in the Oval Office or in one of the several buildings that were earmarked? 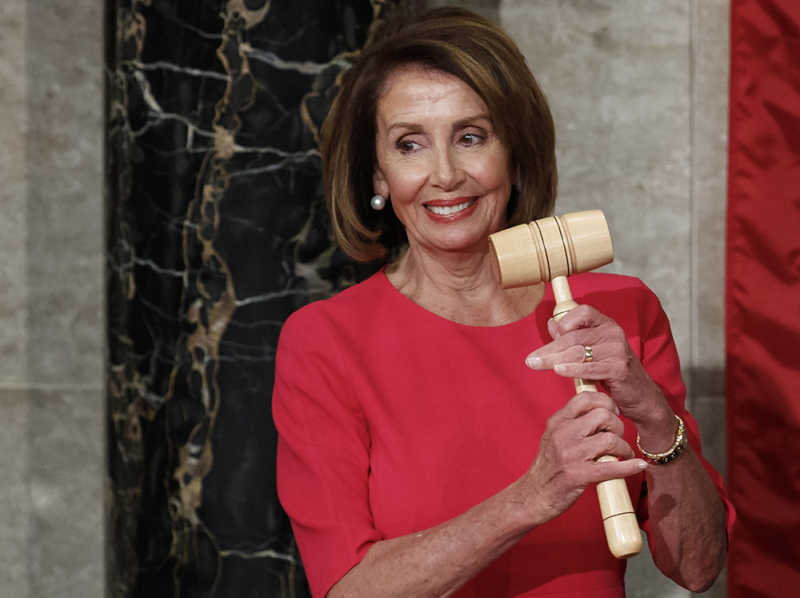 Pelosi is Third in Line of Succession, so if POTUS and V-P were both killed, (GOD FORBID) she would be the next President. Being out of the states (good alibi) the news would coordinate their talking points and gasp as they report how fortunate America is that Pelosi was not in DC! They would make up something like, “If she hadn’t been working overseas she would have been in that meeting and killed too”.  All media would have the same talking points that would be jumbled up and leading to the findings that the Georgia Jihadist was not working alone as they had thought. It was a big operation with several sleeper cells. Etc.

The next question is -why would she be going to Brussels, Egypt and Afghanistan? Was she going to meet her deep state handlers in Brussels for her globalization instructions? Was she negotiating a new batch of mercenary’s from the Muslim brotherhood in Egypt? Was she checking on deep state “Poppy Bush’s” CIA opium lab in Afghanistan?  Maybe she was carrying out some diabolical scheme for the UN and NATO?  Who knows? 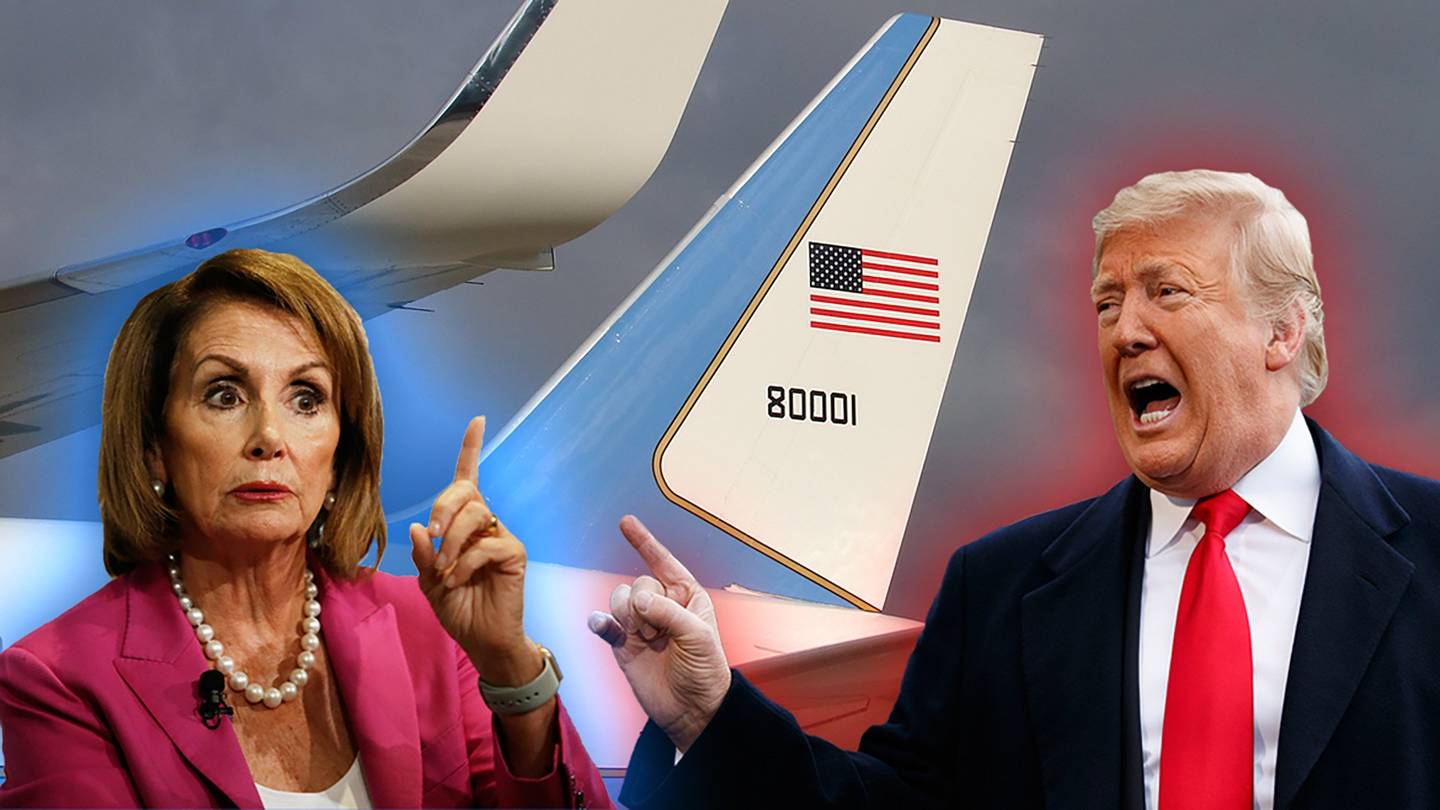 If this were a movie, which it is not, I would bet the plot would be they were planning to flee the country with their families while something horrific happened back here at home; if they were ever planning to return at all.

Or is it just a simple matter of Pelosi being Pelosi?  Or does she fear indictment, especially knowing the entire plot to oust the President is falling apart very quickly?

After all, she was very shaken over missing her flight.  Very shaken. See video in link : Pelosi Shaken Up

Trump stated in a series of tweets on January 12th:

Donald J. Trump‏Verified account @realDonaldTrump Jan 12
“….the FBI was in complete turmoil (see N.Y. Post) because of Comey’s poor leadership and the way he handled the Clinton mess (not to mention his usurpation of powers from the Justice Department). My firing of James Comey was a great day for America. He was a Crooked Cop……”

Donald J. Trump‏Verified account @realDonaldTrump Jan 12
“…..who is being totally protected by his best friend, Bob Mueller, & the 13 Angry Democrats – leaking machines who have NO interest in going after the Real Collusion (and much more) by Crooked Hillary Clinton, her Campaign, and the Democratic National Committee. Just Watch!”

Which brings us to the question….what does President Trump know and what is his counter plan?  I hear a BOOM – BOOM  – BOOM –  BOOM! 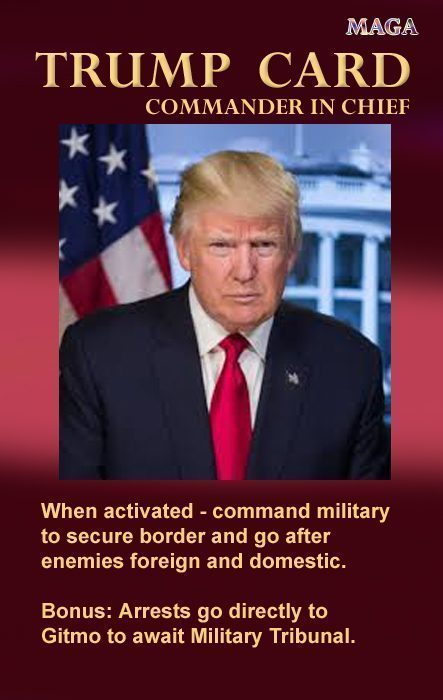 UPDATE: 1-23-2019 – Pelosi travel Itinerary has been requested by Judicial Watch. 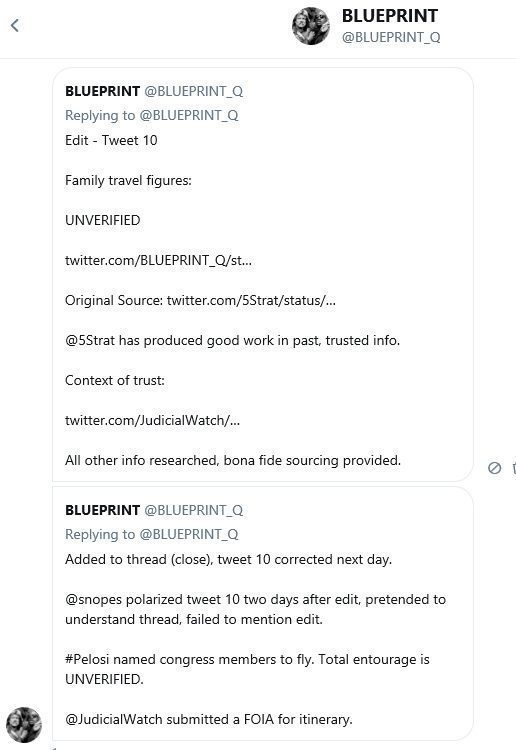 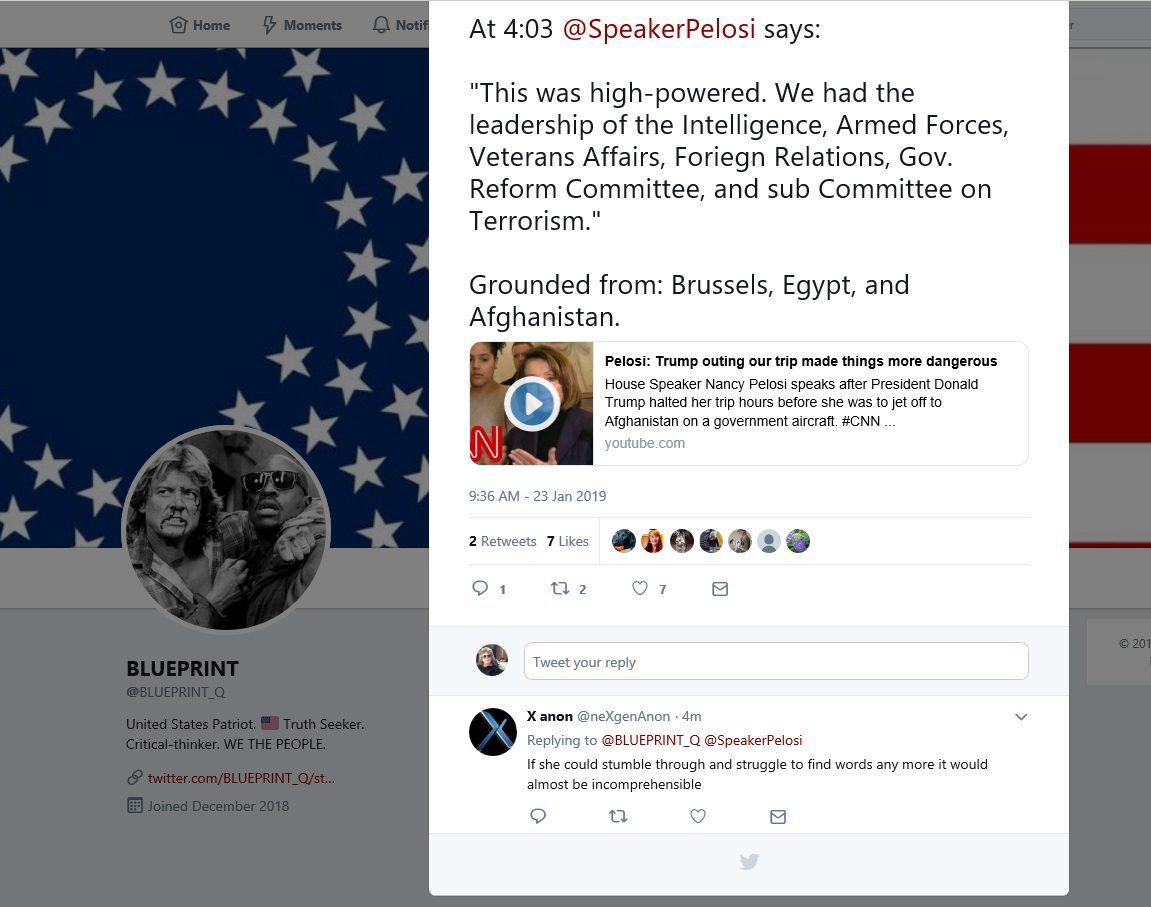 Watch article posted January 21st – More reputable sources saying the exact same thing!  Learn to connect the dots – it is all in our face!Pelosi third in line to become president!! https://www.youtube.com/watch?time_continue=61&v=ZjZwwX7Numo 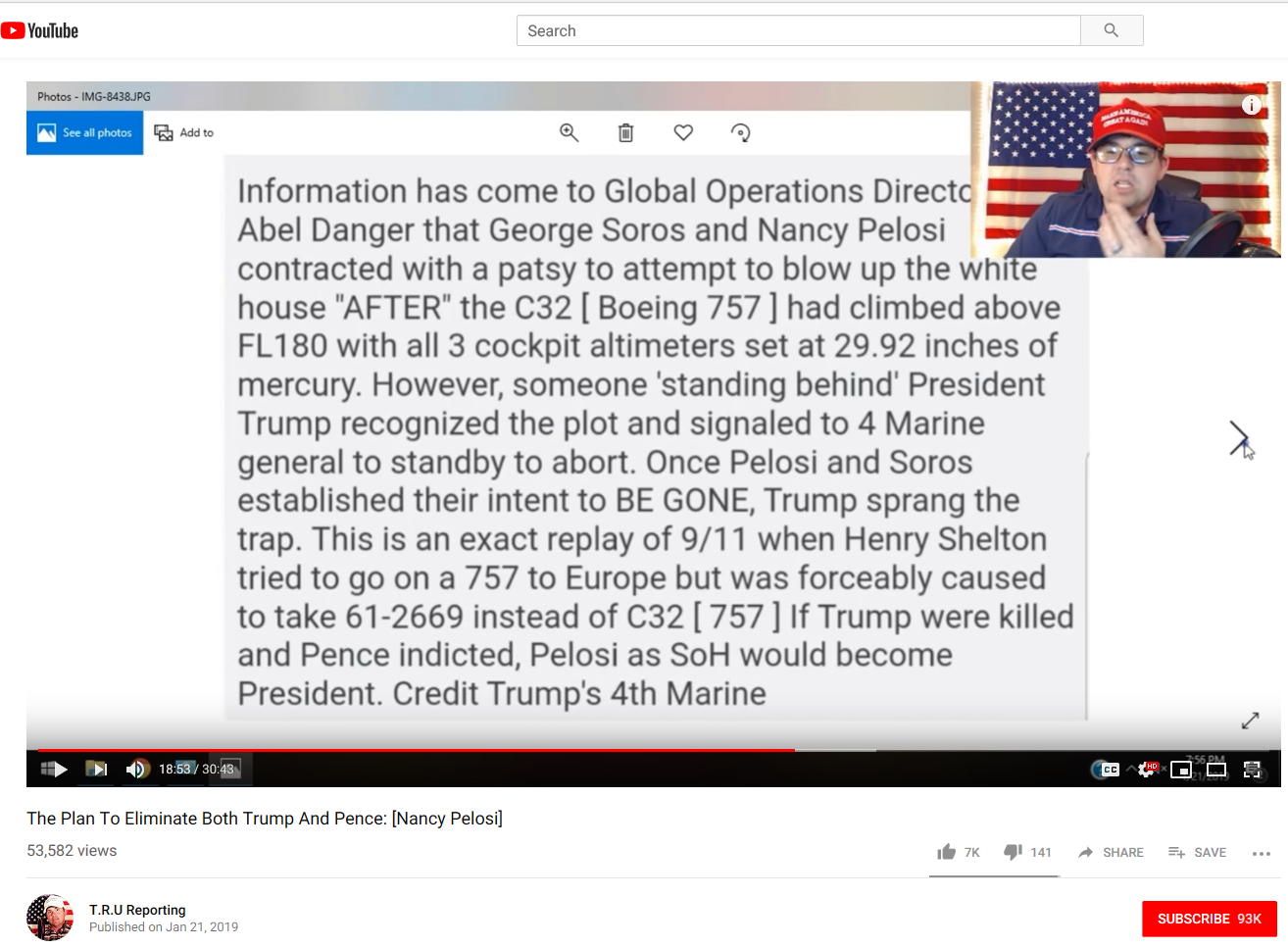