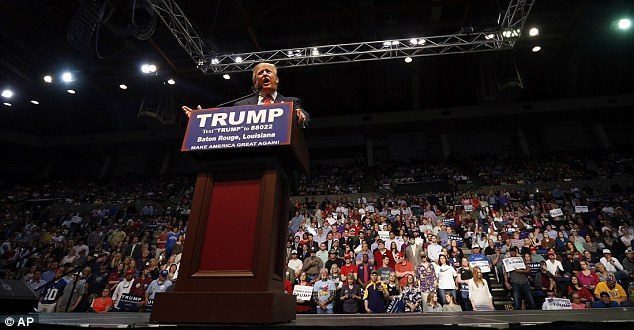 If you are still supporting the wonderful senate work of Cruz, Ryan and others, you need to brush up a bit on what these guys are pushing. They are pushing sustainable development goals that give away the sovereignty of the United States of America. These are the same goals that are pushing U.S. jobs to Mexico and over seas.
From an article written by The Hill:
“The dynamic duo start by asserting that the U.S. must “strengthen the country’s bargaining position” by giving President Obama fast-track powers. Really? The GOP Congress thinks it is vital to our national interest to expand the powers in Obama’s hands? And, what exactly “strengthens” our bargaining power? So the only way to win a deal is by convincing foreign governments that the U.S. Congress will be limited in what it can say on the matter? Are we to tell the world that the people and their elected representatives will be sidelined so a “deal” can be done.”
Regardless of how noble the gang of congress and the gang of the senate make free trade sound, NAFTA was just the beginning of the nightmare America is now facing. To believe that things will get better with sustainable development goals is a major lie.
Sustainable development goals for the 21st century have been the scissors cutting up the constitution one snip at a time. Each congress person and senator that have agreed to such treaties and bills pushing this agenda have betrayed both you and country.
“These treaties are in fact far more about “politics” than economics or trade. These treaties are world governance infrastructure; they are big steps away from the Constitution, national sovereignty and independence. All the trade talk, all the blather about jobs and the confusing stream of questionable statistics are designed to cover the real thrust of these treaties: the expansion of international and globalist interests.”
Read full story here: https://thehill.com/blogs/pundits-blog/international/239750-ted-cruz-joins-the-establishment
There is only one man running for the office of president who has not bought into these so called sustainable goals to advance America into the north American union concept. That man is DONALD JOHN TRUMP.
Now more than ever America needs a man who will truly stand by the constitution and push out the executive orders that have allowed U.N. goals to creep into our nation and override our protections written in the constitution.
A careful look at each one of the executive orders that Obama has signed will show YOU EXACTLY what he has DONE TO ADVANCE THE UNITED NATIONS SUSTAINABLE DEVELOPMENT GOALS.
Rubio did have one thing correct. Although inexperienced and to naïve to stand on principles….Rubio was right that OBAMA KNOWS EXACTLY WHAT HE IS DOING!
The next establishment pick will only continue to push the agenda for a 21st century nightmare that will advance America into a north American union.
IF YOU WANT TO KEEP AMERICA AND MAKE HER GREAT AGAIN, THERE IS ONLY ONE MAN THAT CAN MAKE THAT HAPPEN – DONALD J. TRUMP!
GET OUT AND VOTE! IT MEANS THE DIFFERENCE BETWEEN MADE IN AMERICA OR MADE IN NORTH AMERICA! WHICH ARE YOU VOTING FOR?
Dianne Marshall