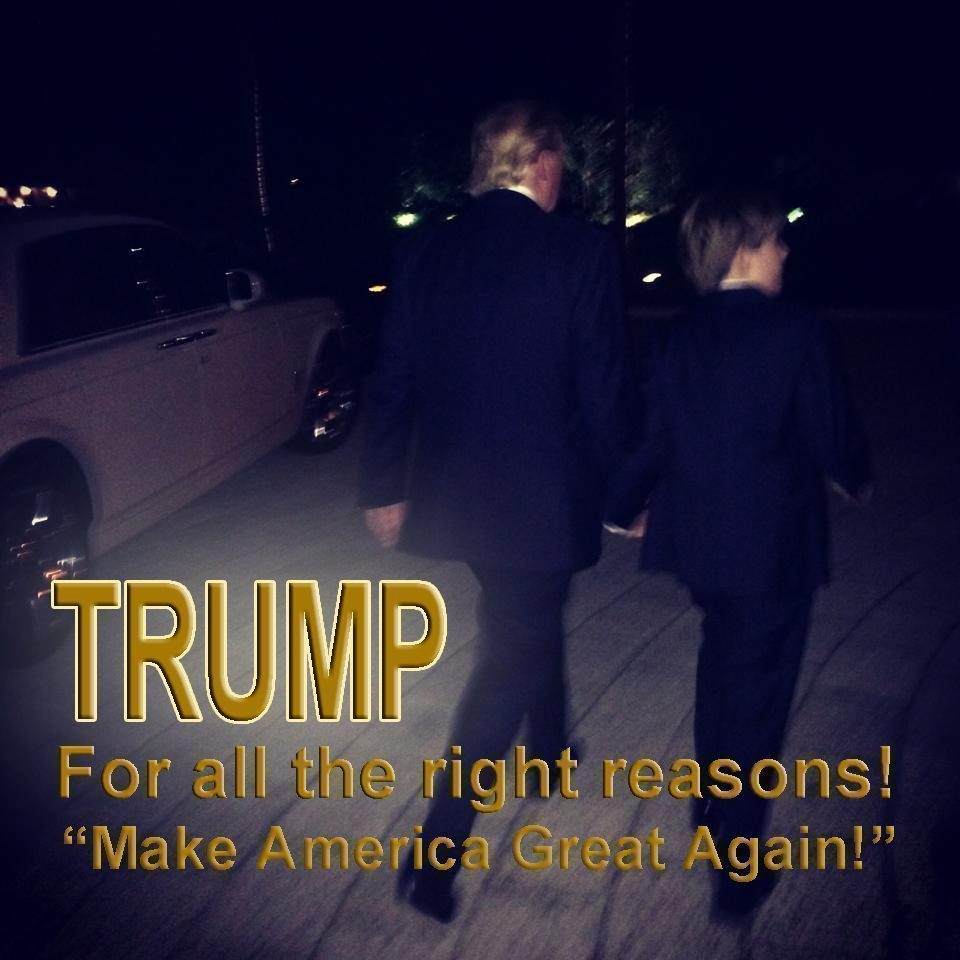 ATTACKING KIDS!  I am appalled at the left wing twitters, and liar media on their evil attempt to get to Trump by creating all sorts of evil ideas about his son.  I will not be sharing any more of this left wing evil demonic garbage.  They have all reached a new low…or perhaps better stated they have all exposed just how soulless and rotten they are.
The same evil minions that raked Sarah Palin’s kids through the coals, even attacking her son who had down syndrome…without any remorse whatsoever regarding making fun of a handicapped person.  Meryl Streep never came out on his defense now did she?  Nor in support of the woman Sarah?
So sick of the liars and deceivers who use any evil tactic to make their ignorant liar pointless accusations by tearing apart innocent people who only deserve praise.  I guess that is the key here….God fearing people are the enemy.  Those who obey the law and try to do good things and live by morals and values are the true enemy of the left.
If ever a good versus evil scenario were ever to be evident….it has fully manifested itself now.  But, as Paul said, “Fear not in well doing for in due time we shall all reap if we faint not.”:
Onward and block their crap.  Sad, that they are so busy doing evil that they don’t take a look at their own selves….pity the fools who are in league to do these evil deeds for they know not what they do, nor the consequences of their doing it.
Dianne