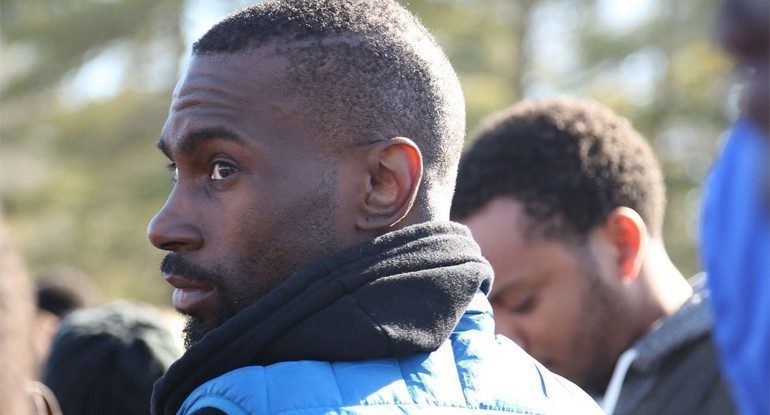 Don’t even try to say that  Black Lives Matter activist DeRay McKesson  was doing a peaceful demonstration.  He was paid to come light the cannons…and arrest was justified.  There is a definition of a protest and another definition for crime.  What is taking place is criminal and crimes against innocent Americans.  Let alone the police authorities who are putting their lives on the line to make sure that innocent people don’t get beat up to bad before they can stop the out of control Black Lives Matter from beating the tar out of them!
See link: https://www.washingtonpost.com/news/morning-mix/wp/2016/07/10/black-lives-matter-activist-deray-mckesson-taken-into-custody-by-baton-rouge-police/

Baton Rouge Police arrest DeRay McKesson, Black Lives Matter organizer…and gee…De Ray says he is innocent?  Well, Mr. De Ray, you have committed crimes and are head of what is deemed a terrorist organization by all the definitions!
It is time to call it what it is….it is Obama authorized home grown terrorism! That is the only thing I can call it and many black Americans are calling it the same thing.  This is not a race issue this is a hate issue and an organized “get paid” terrorist organization no different then the underground weathermen were!
What’s the temp on this one?  It is BURNING HOT AS HELL!  It’s time to put the fire out!  Hose down and place them under arrest – or put them in the middle of their own hell fire and let them……!!!!!
Dianne Marshall