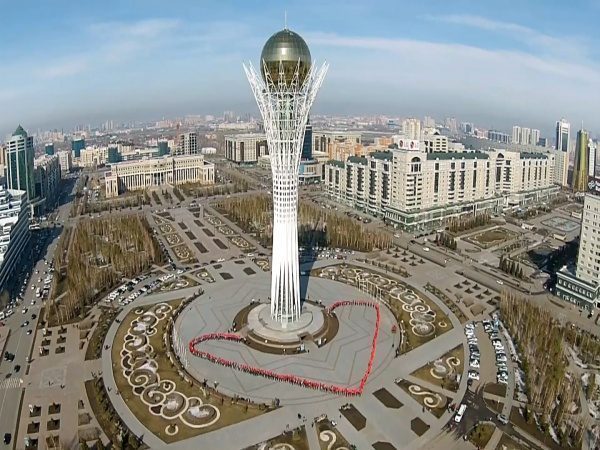 These are the days of Noah. The days foretold in Bible prophecy where the “Beast” which I see as the U.N. NWO system controlled by the great merchants of the earth, dictate their tyranny over all humanity .
The illuminati mills say the plans of these great merchants is to destroy the old world, literally blow it up, while the new utopia they have planned for themselves will emerge as a phoenix out of the ashes.
Sadly, the new world order does not have room for the present population to live in their utopia of peace, so most of the masses will have to be disposed of. Bill Clinton said the ideal number for the planet was around 500 million people, so around 6.5 billion will have to be depopulated.
All who are moving to usher in this new utopia believe they are chosen to survive. In reality, they are disposable pawns and puppets and few will enter into the gates they believe are waiting for them. 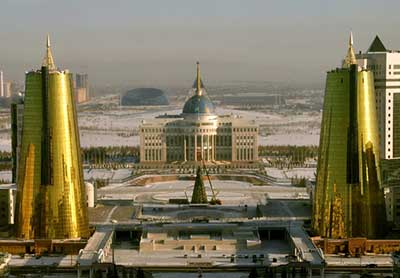 Presently the puppet masters are building capitals and wondrous cities that few are aware of. Meanwhile they are preparing to destroy the world as we know it with their final war which they plan to be fought between the western world and the radical Muslims. Which we are all watching unfold right before our eyes.
One of the capitals of this new world order is Astana, Khazakhstan a vision of Nursultan Nazarbayev, the president of Kazakhstan. Astana was built from scratch in a remote and deserted area and what has emerged is a futuristic occult symbolled capital honoring Sun Worship. Astana shouts of New World Order for the 21st century complete with a Palace of Peace for their one world religion.

The Palace of Peace is a giant pyramid designed by Britain’s most prolific architect, Lord Norman Foster. The building is dedicated to “the renunciation of violence” and “to bring together the world’s religions”. Norman Foster has said that the building has no recognizable religious symbols to permit the harmonious reunification of confessions. Those who are a part of the United Nations Invocation to bring Lucifer out into the light have said this is where the world Messiah will reside when he appears. So, they are awaiting a one world religious Messiah to go with their one world order. Read More Here: https://vigilantcitizen.com/sinistersites/sinister-sites-astana-khazakhstan/
Those who have aligned to bring about the vision of New World Order are hard at work building, and now the Trojan horses of Islamic extremist refugees have been transported world wide to start the ultimate Jihad. So will these evil puppet masters get their desired results or will the mass of humanity rise up and stop their evil plans? 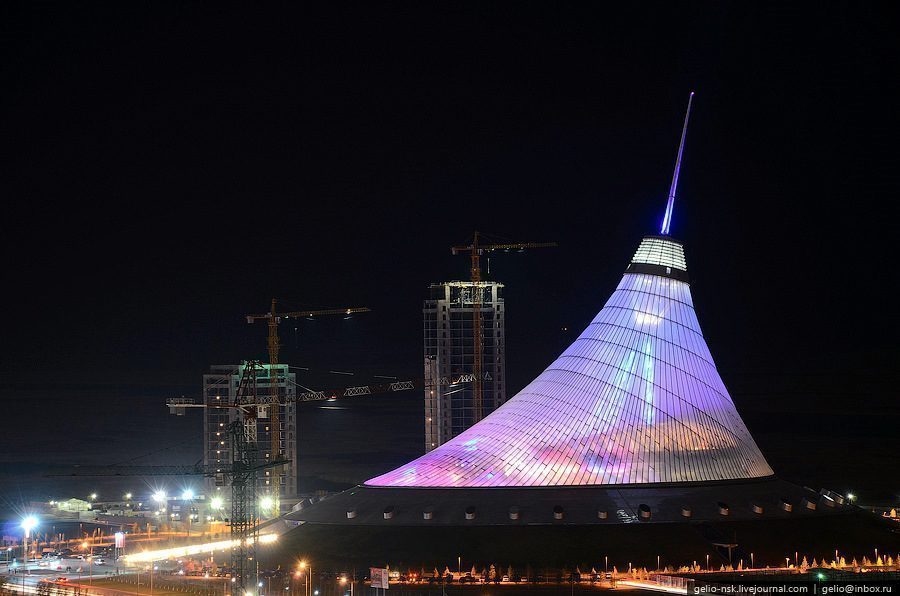 Each must decide who they believe will win in the end. Will it be God and his prophecy? Or will it be man and his? I look for God to be the winner in the truth in how it all ends. For all of what we are witnessing has been foretold in prophecy. The grand finale’ is about to unfold just as planned for the Bible tells us that the kings of the earth give their crowns to the Beast for one hour but receive no kingdom yet, and then it goes on to tell us that they will be angry at the beast and hate her and burn her with fire. Are the kings starting to take their crowns back? Putin took his crown back a few years ago, he wants no part of it. The masses of humanity want no part of it. If Trump is elected, he will have no part of it. Is France truly done with it or are they playing along to try and stir things up to topple Assad? It is all smoke and mirrors. Be awake and look at all things.
Dianne Marshall