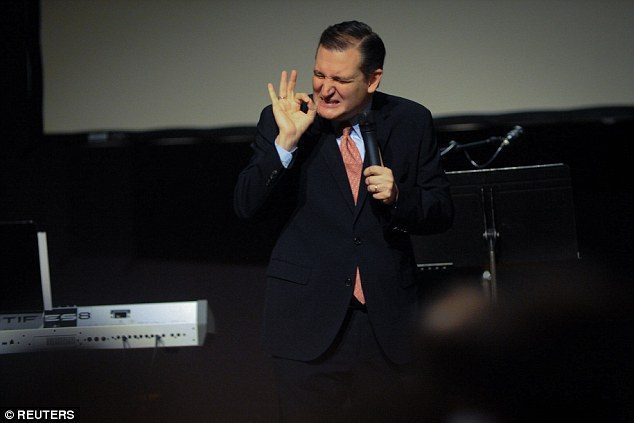 Cruz is either incompetent or one terribly bad liar.  When confronted on his lies…he always has answers that reek of one suffering from the early symptoms of Alzheimer’s.
Cruz IS NOW caught in another lie.  He had said that he lost health insurance due to “Obama Care,” and that Blue Cross Blue Shield has completely pulled out of Texas, leaving him without his wonderful coverage.  But I also remember, as well as many of you when he shouted from the senate floor that if Obama Care was passed, everyone in congress and the senate should be made to go on it too.  He vowed that he would not be a part of the senate health care package. This he did to give the verbal impression he was noble or something – you know, his famous lip service.  He failed to tell everyone that he was already on his wife’s health care plan and didn’t need any of it anyway.  But, back to the Blue Cross Blue Shield issue, it was a lie that the insurance company was pulled out of Texas.  A total lie.
As usual, now that he is caught in another lie, a spokesman for his campaign says that this was a “misunderstanding”.  Yet, Cruz is always quite clear with his concise delivery of his very selective choice of words, his pauses and hand gestures all dramatically in sync – it’s obvious now that it was all a big act and down right lie.  Don’t even go there. Don’t you dare try to sell me that worn out phrase that once again the poor Mr. Cruz was misunderstood.   He knew exactly what he was doing and he knew what he was saying wasn’t true.
There’s no way that you can convince me that nearly a month after his family supposedly “lost” health insurance, Ted did not know he was still insured under the HMO plan. Don’t even try to tell me that not one time did hawk eyed Heidi or himself call Blue Cross Blue Shield – or anyone for that matter – to find out what was going on?  Next he will try telling us he read about it in the Dallas Morning News and thought he should look into it.
Once again Cruz is telling all of us that he is either the most incompetent lawyer that ever got a law degree, or he is a total fail at handling his personal business.  Neither one are desirable traits, certainly not electable qualities for anyone running for the highest office of the United States.  It is obvious that the only real and honest conclusion to be derived at from his miry track record is that Rafael Edward Cruz is a big liar, and wiggles about like Hillary Clinton when caught.
It’s now more clear than ever that I am right on track in my support for Trump – he remembers everything!  Funny, at first I always wondered why Trump had all his past dealings with others, even those like Graham and wayward singers documented? Now it is perfectly clear.  He knows how snakes slither about and bite.
Trump is honest and his life is documented!
Dianne Marshall
Read the story here:  https://www.forwardprogressives.com/busted-ted-cruz-forced-to-admit-he-lied-about-losing-health-insurance/