I’ve talked to people the last few days in the real world (LOL) that say they aren’t watching the news because it is so unprofessional.  They are calling the news disgusting and disgraceful. They said it is not news. I found that interesting.
I have been so caught up in social media, I totally forgot there is a large segment (millions) who don’t get into it out there in the real world.  It was such an eye opener to see and hear that people are looking at the entire news media as unprofessional and not real news.  The comments were very negative on the press, the candidates, and the government as a whole.  It is the opinion of many that there is no descent election process and America has gone to hell.  Yes they are saying gone to hell. 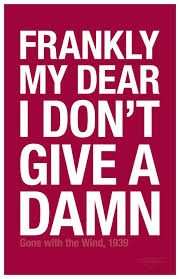 So is that what the conservatives wanted?  I don’t think so.  But, that is what they are getting out of their millions spent to trash.
Just saying….take a walk a bit away from your immediate setting….friends, family and others…..and get a glimpse of what those who aren’t into social media are saying and thinking.  It isn’t good for the establishment at all.  That is why Trump’s numbers are going through the roof.  Let the Microsoft machines get pulled- those that fraud that is, for the people all know voter fraud is taking place, and they also know electoral fraud is rampant.
They aren’t fooling anyone – and now it is obvious they aren’t even fooling themselves.
Go Donald!!!   Let the news shout their lies to an audience tuned into HBO!!!
Dianne Marshall