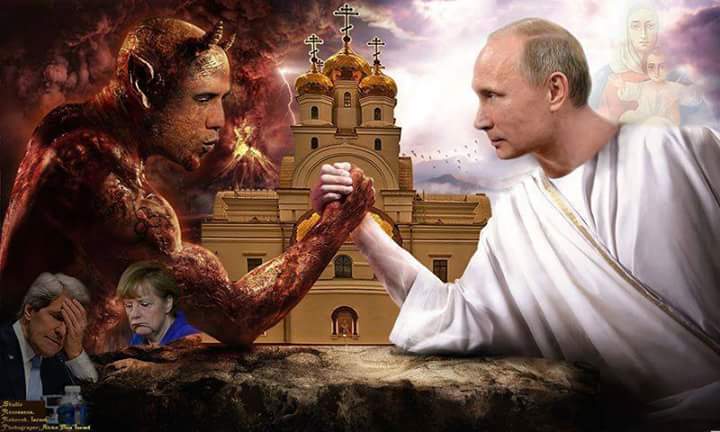 Has the West become a dictator to other nations? Putin has questioned the U.S. intentions and failed foreign policy in the middle east.  He has raised many questions regarding the U.S.’s leading role in toppling  sovereign nations especially Afghanistan, Iraq and Libya.  Putin has expressed his concerns numerous times before the U.N. and on international news.  His words seem to have repeatedly been met with a yawn.  Or have they?

If you think that Russia being approached with a whisper and a nod, and a few publicly announced “I got your back Putin” from fellow allies means the US is getting away with whatever they want, think again.    Many nation leaders are talking about the perceived dictatorship of one country in particular, the U.S.  They have grown tired of the tactics of the not so diplomatic western super power.  A few years back when answering questions at an event, Putin received a big applause after stating his view on the demands of the west, “Sometimes  I feel the US does not want allies.  They want vassals.”

Putin has been coy enough to call the west’s interference into the middle east as  “failed foreign policy”.  He has criticized the west’s push toward a unipolar world, and expressed Russian allies (who are many) support Russia because of their independent politics. (This phrase appears to have become the new international term for freedom, so remember independent politics is a good thing.) Putin has also expressed , many times the downside of misused Bipolarity.  There has to be a middle somewhere?

Bipolarity is the term used to denote the basic structure in the international system when it is dominated by two superpowers. This means that other states must ally themselves with one of the two major powers, which again limits their room to maneuver and thus result in more stable international politics. Unipolar or uni-polarity is the term used to describe the power structure when one superpower dominates alone. The end of the Cold War meant that the previous decades’ superpower rivalry had come to an end. There was no longer the “traditional” East vs. West conflict, at least not the way it had been earlier in the 20th century.

Putin has raised large concerns to the possible abuse of such unipolar power structure by the West.  “This idea has not worked. A unipolar world is much more difficult than the bi-polar world that preceded it. Whenever the soviet union tried to impose its’ ideas on others; on its quasi allies, as soon as the central power structure was weakened, the whole thing fell apart. And if the U.S. continues their foreign policy they too will lose their allies.”

Putin described his reasoning for his statement with hard facts, stating that U.S. universities have pointed out the same dangers in a unipolar world and added his own scathing reality to that opinion, “I know very well how this foreign policy is applied to the so called European allies.  So they made a decision on Afghanistan.  Did anyone even think to consult the allies?  About what to do in Afghanistan?  Hell no! They delivered the first blow and then started rounding everyone up around them. “If you’re not with us, you’re against us.”  Is that cooperation in their view?  Cooperation per se does not exist.” “If you’re not with us, you’re against us!”  Brilliant logic…  Then all of a sudden you have a break down in relationship, difference in opinion.  We do not intend to exist a country that is surrounded by enemies.  That will never happen.”

Putin points out that again the world witnessed the same scenario in Iraq.  “They delivered the first blow. Then they summoned everyone else to go in after them. Is that cooperation?  Is that mutual decision making? Cooperation implies consultation and mutual input. It implies the development of a schedule toward meetings on mutual threats and their mitigation. While everything that I am saying is the complete truth, we do not intend on practicing our foreign policy in a way that makes us feel ostracized.  That will never happen.”

Putin has a very valid point.  Americans have witnessed the “Enemies of the U.S. are those who oppose us” strategy for decades.  So much for the unipolar love fest.  What is it really?

The fact is world nations are taking a good look at the U.S. past and present application of its so called unipolar foreign policy.  Time will tell what the other nations decide.  So far it appears that U.S. aggression is now being seen for what it is…appearing very dictatorial.