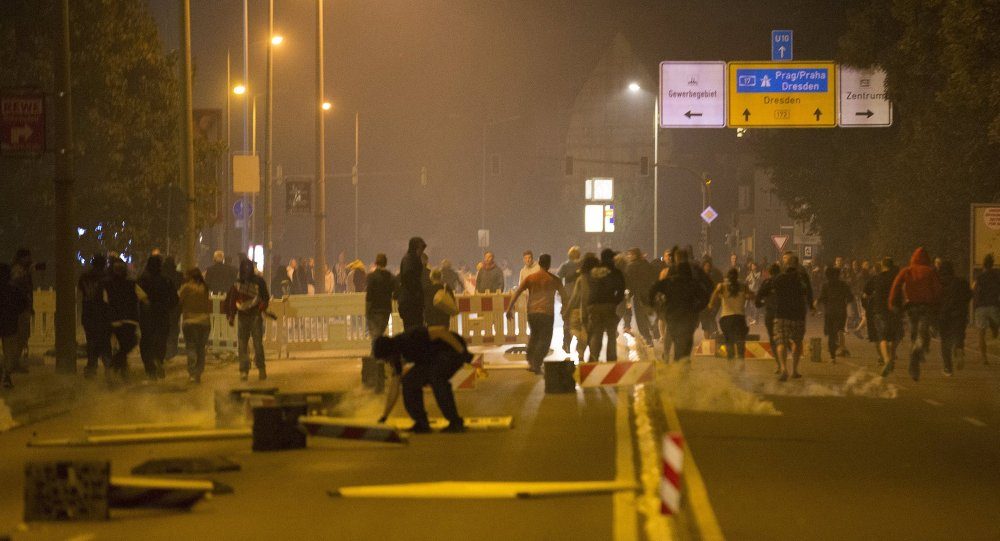 Syrian President, al-Assad is broadcast by western media as an evil dictator.  McCain, Kerry, heck the entire slew of GOP and the entire Obama administration along with the Media, pundits, and all he Western establishment call him evil.  They all shout for his demise.  Why?

The plan is and was always to topple  the middle east nations and Syria was on the list.  It was simply their turn.  Did you pay attention to any of the crazy stuff the western world did in the middle east? What we heard was rhetoric of weapons of mass destruction and evil dictators.  Admit it…that is what we were all told.

Well, there were no weapons of mass destruction and we will never know just how evil either Saddam Hussein was or Gaddafi because our administration killed them.  Oh Saddam got a trial – we watched that all play out and he was not treated fairly at all. But, that is just my 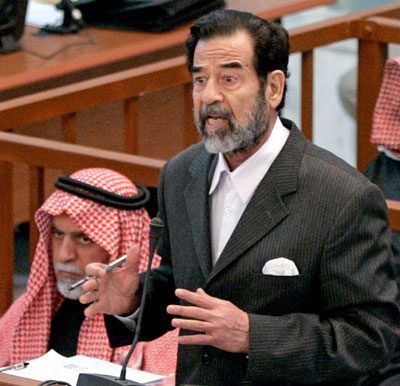 opinion, and to each his own.  I mean why didn’t they just sentence him to a place like Guantanamo?

Let us go back in time and remember what took place.  We had the attack on the Twin Towers, the Pentagon and a downed plane in a field.  We believed every thing we were told, why not?  We had not learned that the media lies all the time yet.  The next thing shoved at us was the Patriot Act (with all its’ bells and whistles) which put us into a mild state of martial law.

Then we went into Afghanistan to find Bin Laden.  He was never found.  In that process we bombed the heck out of innocent civilians in Pakistan and somehow built a pipeline along with other sub contracted jobs that paid a few select elite billions (136 billion that I know of for sure).  But, little was ever reported on that even though it continued a number of tiresome years. In fact it’s still going on, just in different middle east locations.

Then we went into Iraq because USA intelligence said they had weapons of mass destruction and to find Bin Laden –  who was never there.  We bombed the heck out of Iraq with “shock and awe”.  We killed Saddam’s sons and found him hiding in a hole.  Remember?   We all watched as the news reporters went into the battle fields in military gear and rode shot gun (with no gun and a camera). They  filmed all the good stuff for us to see.  Was it good?  Was it real?  Was it honest? Was it propaganda?  What exactly was it?

The bombs were real, the deaths were real, the motive was false and their were no weapons of mass destruction.  But – too late, the air raids had already taken place.  We drug that war out and it has never ended.  Chaos continued to break out while the preparations for the future Arab Spring were being kindled. We watched Bush the younger in his talk after talk  between the leader of Palestine, Youssef Arafat, and the Prime Minister of Israel, Ariel Sharon.  Condoleezza Rice made many a trip to Israel to bridge a peace treaty,  but nothing ever solidified.

The focus shifted to tribal wars in Africa which were again, fueled by Islamic religion of (not 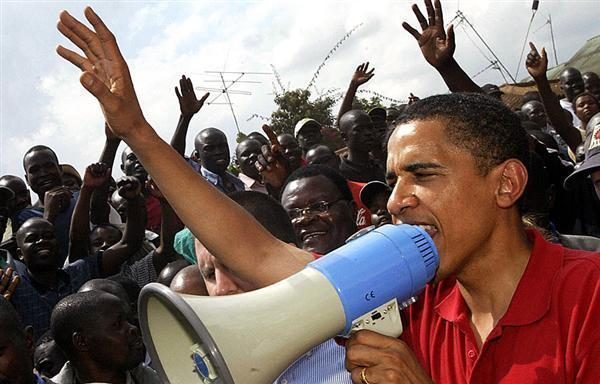 so much) peace.  That is when Kenya made the You Tube news but not a peep on mainstream cable.  Obama was running for office and asked Condoleezza Rice to talk with the leaders of Kenya and fix things while he was on his way to the Iowa Caucus.  No one in the media mentioned that Obama’s brother Odinga was running for President of Kenya on the Orange Democratic Ticket (which was Sharia Law) and Dick Morris was advising him on his campaign, 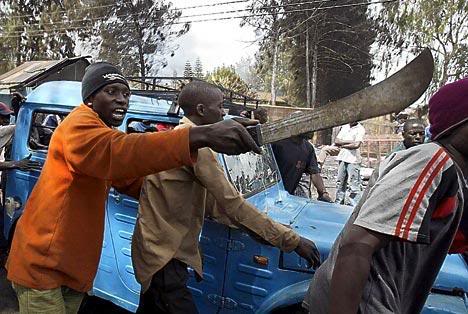 pro bono.  The media never mentioned Obama was campaigning for his cousin Odinga while running for president himself. A definite no no.  But those are minor details.  None that was ever publicly told, at least not on the evening news. I remember watching tragic You Tubes of the Islamic Orange Party massacre of Kenyan Christian women and children.  Again, the media was silent.

There are numerous things that took place in between the high points, but we will fast track to Obama. Once he took office it wasn’t long and we were off into the middle east and Arab Spring.  Back to toppling nations like Egypt and Libya and then on to the gun running Benghazi mess and into Crimea, and  the Ukraine.  Western involvement had put Ukraine in quite a political mess and by 2011 a struggle to see who was going to set up Ukraine’s government structure seemed to be a tug of war between the western world, Ukraine’s citizens,  and Russia.  (See link below).

It has all been a mess, a very big one…but the road to nation toppling was leading to somewhere.  It promptly found its way to Syria, where Islamist extremists had been battling for a very long time.  But since the media was all but silent on the matter it seemed like fresh news.  All the geo political posturing and down right lies were easy for Americans to swallow, after all they had been told for decades of the evils of the middle east crisis, along with evil Russia and evil al-Assad.

There are many things that took place, I have just laid out a brief overview to show a pattern of western involvement and aggression gone wild. I didn’t even mention Iran and that mess.   Over time we discovered the CIA created al-qaeda, and ISIS and the results of this idea turned Iraq and its oil over to the terrorists. Might I update that US just paid 50 million to train more ISIS to fight ISIS and all but 5 defected over to the other side? 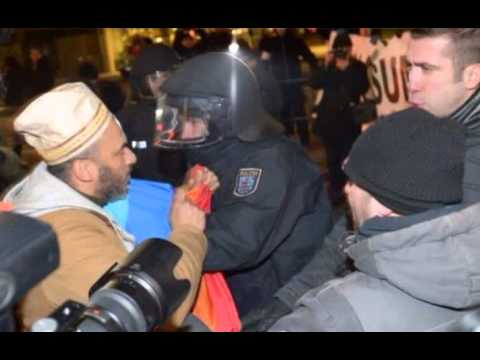 During these years able-bodied men, so-called  refugees were sent throughout the world and Europe to escape the terrorist conflict. Recently the numbers have grown to outrageous proportions. Meanwhile, these able-bodied refugees are presently  thanking  the nations who took them in by protesting, yelling out Allah Akbar as they demand money, and throw out the food they are given, demanding the foods of their native land.  They shout for better and finer free stuff and break a few things while they riot.  Even burning and blowing things up.  It seems they know how to make rag tag explosives.  Some just break store windows, enter and take what they want. Others do the same as they enter citizens homes . There is full blown chaos in many of the smaller nations that took in what I call mercenary terrorist, but the western establishment calls them refugees.   Hungary and  Austria are building border walls and have now sent military to keep them out.  Germany vowed to take in a million, and has had to rethink that stance as the hundreds of thousands they have allowed in so far have created a internal economic and social upheaval.  (See link below).

So this leads to Russia and Putin stepping in to stop ISIS and end the insanity of poor establishment decisions gone wild.  In short Putin has vowed to assist al-Assad and stop any idea of western involvement to toppling the Syrian regime.  In a few days Putin’s military strategy has knocked out vital ISIS command centers and is putting a clear end to the crisis.  Some say in another week he will have it wrapped up.

So why is the western world so mad about this?  Haven’t they been trying to stop all this invasion?  Aren’t they happy to be able to return the refugees back to their homelands? It seems the real truth is Putin just ruined a well thought out plan to mimic throughout the western world what they had started in the middle east.  Only this time it would be a toppling of nations from within burdening them with Jihadist refugees shouting,  “Allah Akbar”, while creating a borderless Europe complete with social chaos.

In a nut shell, the goal was to turn Europe and the world into one giant middle east crisis which in turn would destroy the world culture as we know it, topple nations and allow for a one world global governance to take over.  A global martial law would be enforced and who ever survived the onslaught of terror would be protected under a global governance with new world rules.

But, dang it here comes Putin stopping  ISIS  which will put an end to the European ‘HUNGER’ games , while at the same time, a guy named Trump, who happens to be the frontrunner in the GOP political race for the US presidency, is busy exposing the Obama Administrations military failures and shouting NO refugees, they look like ISIS to me!    Meanwhile, candidates , media pundits and celebrities are shouting the evils of Putin and al-Assad and condemning Trump for saying, “If Obama lets them in, and I’m president I will send them all back!”

I say the fate of the world lies in the hands of Russia who is fighting the very same global governance establishment that Trump and patriotic Americans are resisting.

No one mentions at all that the Christians in Syria have praised al-Assad for protecting them and their religious freedoms.  In fact the Christians there have called Syria a “model Arab country” when it comes to freedom of worship.  (For more on this, click link below).

So there it is in a nutshell.  I see a long thought out plan with an end game of New World Order Agenda.  What do you see?