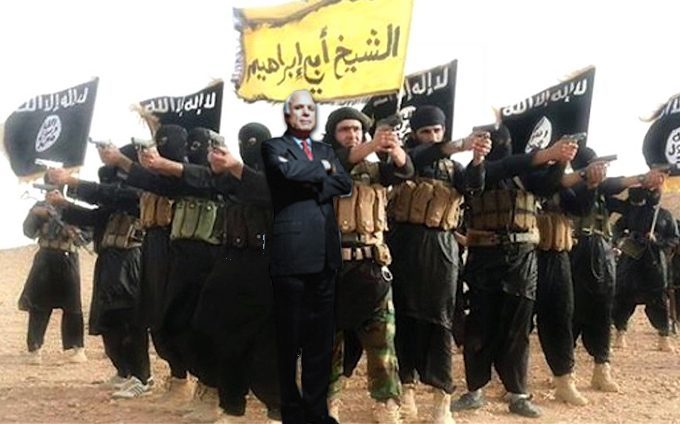 ISIS is taking credit for downing the Russian plane.  The question is – Did ISIS take down the wrong Russian plane?  Is the reason why ISIS can not tell or as they said, are not obliged to tell how they did it, because it involves special military gifts from the U.S.?  Did McCain brag a day too early in his interview with Neil Cavuto about his bold plan to give ISIS missiles and special weapons that can take down Russian Jets? Why on earth was he saying such nonsense? Had he already armed them?  Is anyone asking these hard questions?

Hey, remember McCain is a war monger and has threatened Russia and Putin numerous times with all the zeal of a high school idiot.  He is a loose cannon that needs to be pulled aside, oh heck he needs yanked aside and pulled out of office.

The entire Obama administration is no longer representing the USA.  They are of their own mindset making their own closet deals and decisions as they by pass congress and do what they want with or without permission. They listen only to their puppet masters.

One strong example is Benghazi.  They ordered the military to stand down and allow Sunni Jihadists to loot stockpiles of Libyan weapons that are now being used to wage Jihad in Mali, Nigeria, Chad, Syria, Iraq, and throughout the region.  Then Obama turns around and uses the fact that they got the weapons to justify US military action in Somalia and other African nations. This is just one of many examples of the mess Obama is authoring in the war against ISIL which has morphed out of the war on terror.

For years the American public was led to believe that ISIS was a grass roots Jihad.  It wasn’t until the people exposed them long enough that they admitted they had created ISIS to fight ISIS, and then that changed to IS then ISIL.  They used all the “IS” words to throw Americans off for a while, and to create more confusion.  Well the Clinton approach (what is the definition of IS) worked for a while, but eventually conspiracy theorists were proven correct and seconded by Vladimir Putin who told the world how insane the entire idea was and is. He wondered if moderate Jihadists simply cut fewer heads off or if they did it more daintily.

Meanwhile the Obama regime dodge any allegations and continue to commit lawless acts that are aggressive acts of war.  Are they so foolish to believe that Russian intelligence does not know these things?  Are they so vain that they sit as a queen and say I am no widow, and shall see no sorrow?  Do they not understand that their actions will be dealt with sooner or later?  Rev. 18:8 Therefore shall her plagues come in one day, death, and mourning, and famine; and she shall be utterly burned with fire: for strong is the Lord God who judgeth her.

Where are the military brass that have a conscience?  When will they say enough of this insane game of war being waged on the world by corrupt, lawless administrations?   Will they arise and stop the madness or will they continue to look the other way?