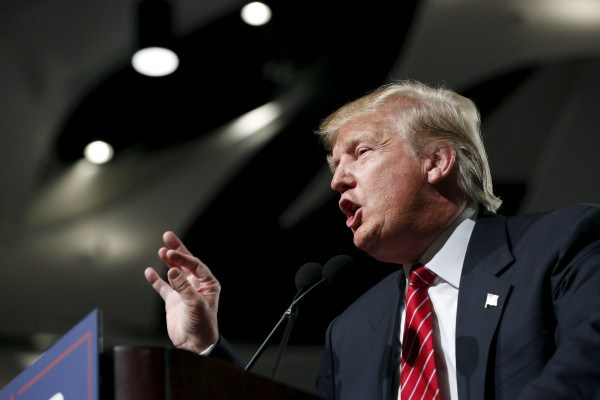 Today it is obvious of the mass numbers of individuals who have been tugged at the heart to come forward and give testimony to Donald John Trump.  Christians from sea to shining sea have felt this man is chosen to lead this nation against the establishment elite who desire to achieve a new world order and dissolve the sovereignty of the United States of America.
Meanwhile, politically correct evangelicals have a check list of what they deem as presidential qualifications.  They have judged what a Christian leader is supposed to look like, talk like, behave like, and they are all trying to find that Holy one they can vote for as pastor of the year to lead this nation.  Their check list would have never raised up a Sampson, it would have omitted a murderer who was raised in the palace of Pharaoh (after being drawn from the water as a babe) of ever being chosen to lead God’s people out of bondage. Yes, I am speaking of Moses.  It would have deemed King David as an adulterer and murderer -his entire house would have been condemned, even Solomon.  Those who put Jeremiah in the pit would have been applauded and the list goes on and on.
Things are no different  now than they have ever been. Remember when Jesus spoke all the woes to the scribes and the Pharisees in Mathew 23.  When he was done reading them their  woes he ended with the most chilling woe of all.
Mathew 23:37-39 “ O Jerusalem, Jerusalem, thou that killest the prophets, and stonest them which are sent unto thee, how often would I have gathered thy children together, even as a hen gathereth her chickens under her wings, and ye would not! Behold, your house is left unto you desolate;  for I say unto you, Ye shall in no wise see me henceforth until ye say, Blessed [be] he that comes in the name of [the] Lord.”
We are now coming to the close of the final age.  I have prayed for God to  wake up his people that they have eyes to see and ears to hear. I admit that I had resolved that it would be up to each individual to awaken the dry bones  to come together and stand a great and powerful army. I believed God would breath new life in them, but had no idea that he would also raise up a leader, for it looked pretty grim.  Then came Trump.  For me it was an immediate recognition and a big “praise the Lord” moment.   I believe we are witnessing a great awakening and the man who was sent to lead us in this final hour of peril is Donald John Trump.   I am proud to be awake and standing in this great army  with my armor on.  I’m voting  for Trump to lead this great nation as my commander in chief!
Dianne Marshall