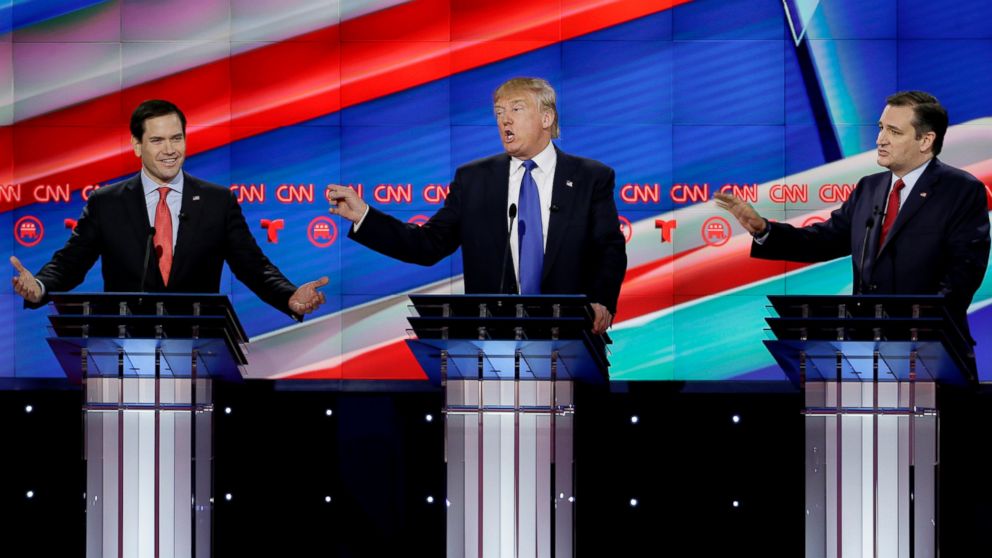 Morning Joe said Rubio got good shots in at the debate. Really Morning Joe?   To me it looked like an unruly teenager smirking and snipping like a cabana boy showing off for his girlfriend. He gained no mileage at all with his quips that were stretched and skewed. It made for good entertainment for people who know little of what’s going on in the real world and the uninformed. He was wrong on his Libya question- Obama did go to war and without congressional approval– it is still an impeachable issue.
He lied about his own stance on immigration- it is a fact he has spoken to a Spanish crowd at Univision, reassuring those concerned with amnesty the amnesty that he’ll keep Obama’s policies in place, last night he eye winked he would have to end the executive order because it wasn’t constitutional. So in front of the entire world he showed that he was a seated Senator that has allowed unconstitutional events to take place and has never spoken up about them until that debate? 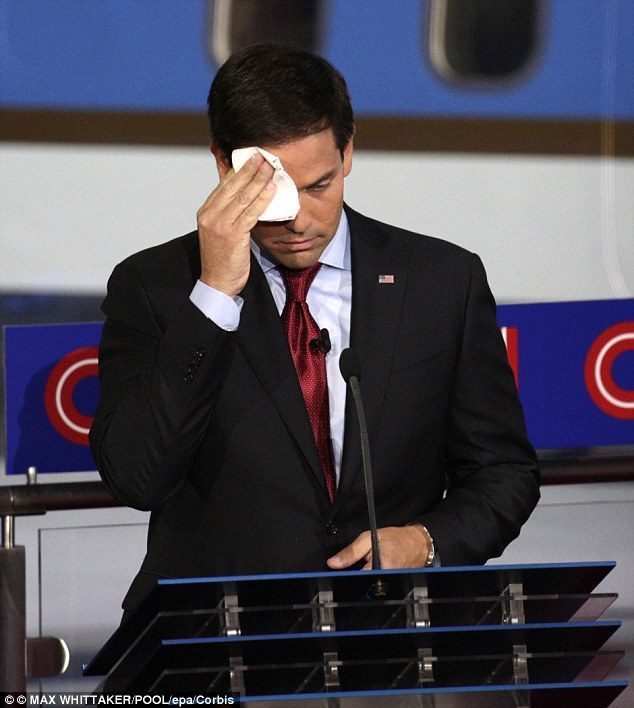 At intervals Rubio was way past going at his own pace, he was actually speeding around jogging in place, using his podium like a boxing ring seat, sweating up a storm.  What was that about?  Wired a bit for sure.  Trump merely called him a joke.  It was comical.
Rubio peeled the onion layers down to around 30 years ago on Trump pinning him as a devious law breaker hiring illegal immigrants due to an event – the fact is a company that worked on Trump Tower had an illegal Polish immigrant helping with the project, the matter was corrected and settled. Trump hired the contractor, not the illegal Polish immigrant . Rubio was wrong on his accusations making it sound as though Trump had a history of devious hiring of illegal workers but the real irony is – Rubio is all for that. 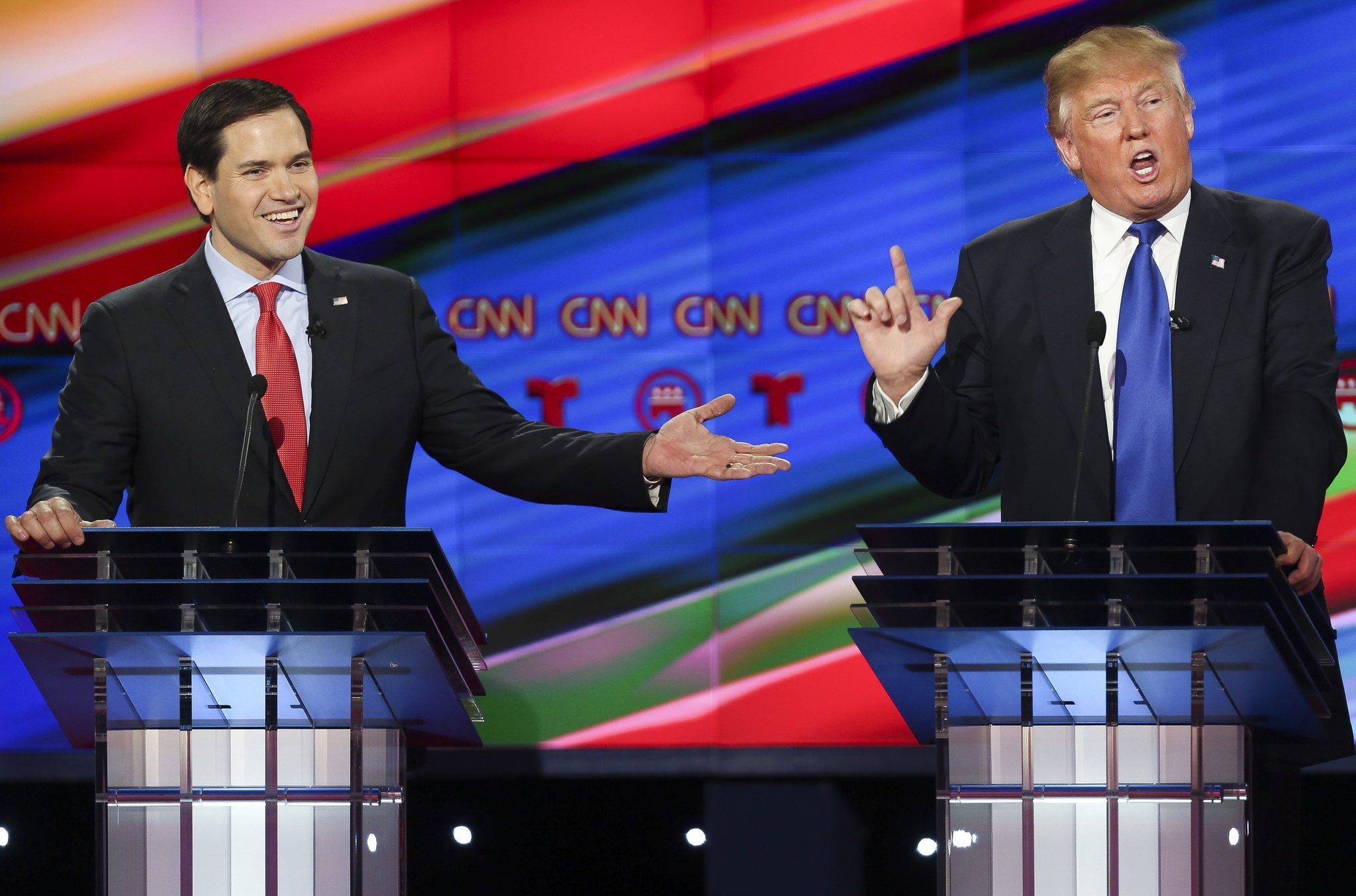 All in all Rubio was pretty bold for a kid that has a history of getting bailed out by his own sugar daddy’s for messed up finances. Trump would have done well to point out that Rubio has earned over 5 million dollars and has little to show for it, having just been bailed out again recently. But then again, Rubio was like a Cabana boy, sweating like a pig, smirking, almost running in place like he was on some sort of speed or Red Bull drink showing off for his donor girlfriends.
Both Rubio and Cruz failed to bring up their own ineligibility lawsuits facing them in 6 states. 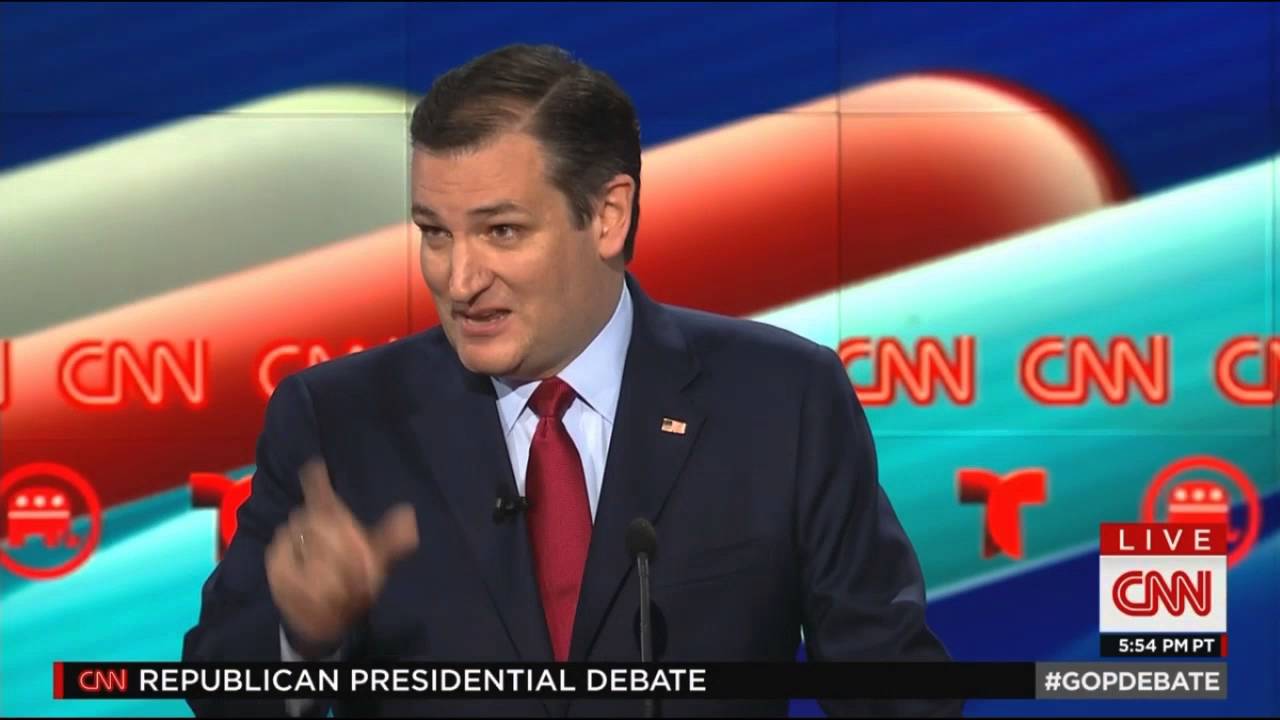 Cruz is just a grandstanding, fact skewing, drama king liar. It has been said that Nero had a whining voice that was irritating and tried his share at drama too….I can only imagine that he was as irritating to listen to and watch as Cruz? Anyone who has followed any of the campaign trail has heard the Cruz lies and watched him cheat, heard his excuses for siding with immigration legalization issues and had enough of his poison pills. Does anyone else need an aspirin to listen to him? In his defense he says he will use every campaign tool available. That seems to include a devious thought process that believes cheating, lies, and election violations are fair game. For example, as we all saw last night, take a firm Trump stance and twist it around like a pretzel and tell everyone boldly that Trump believes the opposite. Then follow up on the campaign trail (which I am sure he will, just like Megyn Kelly did post debate) with sound bytes taken throughout the past two decades and put them into a video that proves a liars point. 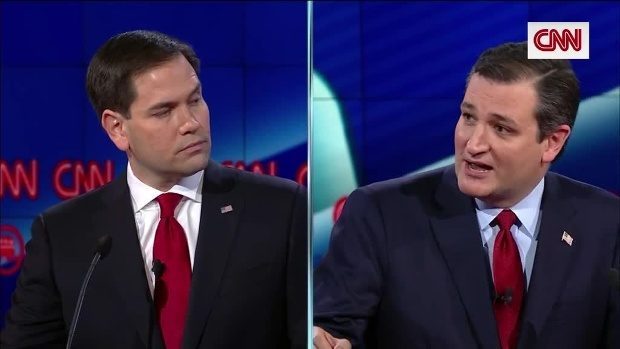 What both Cruz and Rubio failed to see is how ridiculous they looked interrupting and cackling like hens in a barn yard. I don’t know who laid the egg first? I only known that none were golden. 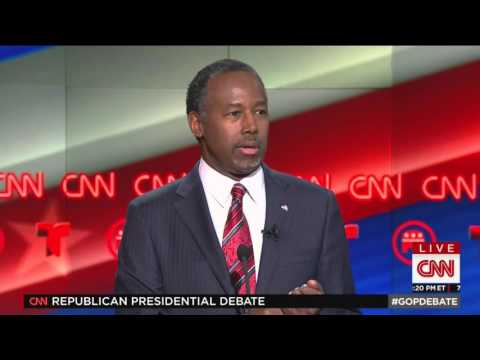 Then Doc Carson, tried hard to express that he was still in the race holding up his hands letting everyone know a movie was made off those. Maybe he will try to get a commercial for Palmolive? Who knows?
Kasich sounded good telling us he was the only one who ever balanced the budget for the United States of America and aren’t we glad to know he can do it again? The truth is, he is for common core, cutting social security, and his own constituents have mixed feelings on the way he governs in Ohio, especially on home schooling issues. His polling average in his own state looks very grim. It is possible after this campaign run that he will not even be re-elected. Trump is way ahead. 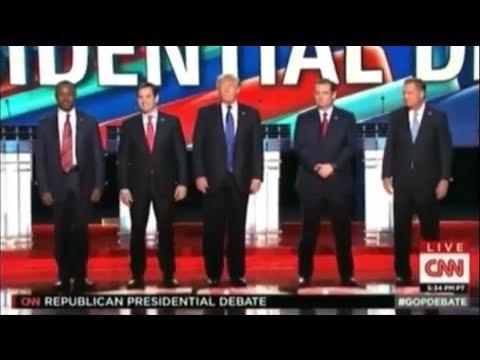 All in all the night was full of cheap shots and Trump looked like the only man in the room. The tax return issue was a total flop and just brought out the ignorance of the others who don’t understand that fortune five hundred companies generally run a regular audit, and the IRS loves to go after those who don’t love Obama. The other fact is – tax returns are not required to be turned in to run for office, it is totally up to the individual. As of last night, none of the candidates had turned over any tax returns at all.
So, that is what it was. Another win for the frontrunner Donald J. Trump who was the only presidential man in the room!
Dianne Marshall