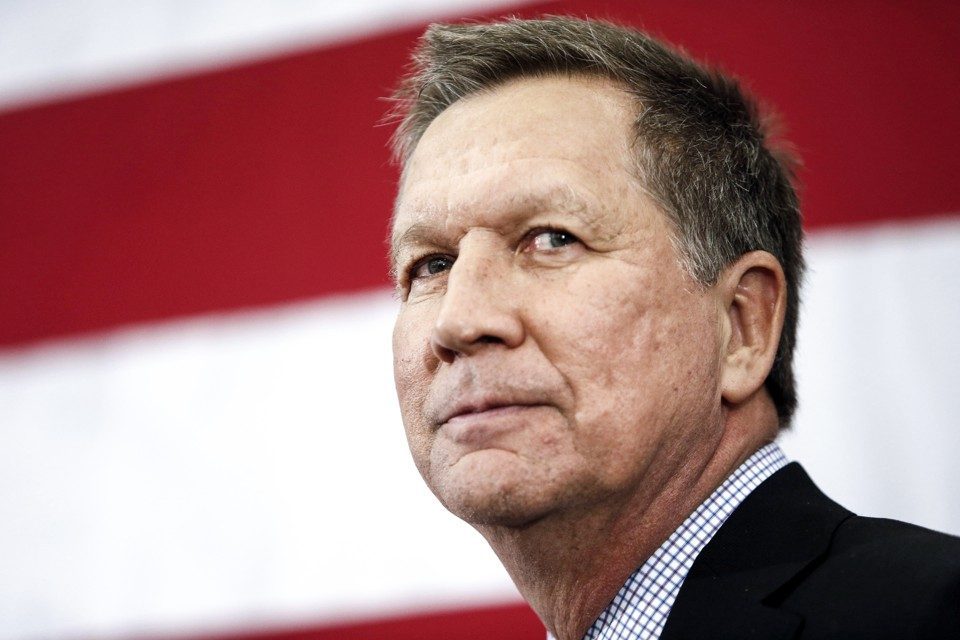 Kasich Told NH Town Hall Attendee “You’re Going To Have Get Over” Reduced Social Security Payment. According to UPI, “During a ‘Fiscal Fridays’ event in New Hampshire, Ohio Gov. John Kasich told an audience member to ‘get over’ his proposed reforms to Social Security. During the event, the Republican presidential candidate said a balanced budget cannot be had without reform to entitlements like Social Security. He later said he was part of a 1990s effort to reform Medicare and Medicaid and that he sought to minimize benefits for individuals not yet near the eligible age.
Kasich asked audience members not yet near the eligible age for Social Security payments to raise their hand. He then asked if they knew what their initial payment would be and asked if they would mind a slightly lower payment for the benefit of the whole country. When one individual said they would mind, Kasich jokingly said ‘you’re going to have get over it.’ The remark drew laughs from the audience and moderator.” [UPI, 10/10/15] Kasich Budget Would Cut Medicare
AP: Kasich’s Budget Plan Includes “Cuts To Medicare.” According to the Associated Press, “He does propose cuts to Medicare that would slow the growth rate of the health care program for more than 50 million elderly and disabled people.” [Associated Press, 10/15/15] By Michelle Hung