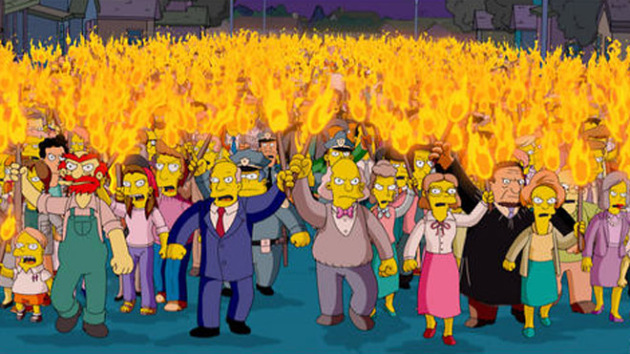 It’s not about who took first or second in Iowa, nor is it about the Democrat coin toss, or the 90 precincts whose votes were never turned in and counted.  It is about VOTER FRAUD!
Both crowd makers Trump and Bernie are all for a fair election.  What they are not for is VOTER FRAUD.  Neither are any of their supporters, nor any true American, nor any real Iowa voter either!
The most serious point to be made today, and to be heard is the fact that VOTER FRAUD did take place and if this is so in our face, and going to continue…why the heck are we even going any step further in this PHONY ELECTION VOTER FRAUD PACKED PROCESS?
Those who have perpetrated the fraud and broken election laws MUST BE HELD ACCOUNTABLE FOR THEIR ACTIONS.  If not….there is no election and going forward will only bring about a revolution that will make Iceland’s Pots and Pans look like a picnic.
We’ve seen and now watched the political ground game of both the GOP and the Dems…..it isn’t going to play this year.  There will be accountability one way or the other.
Is the establishment willing to have an uprising of people ready to overthrow the entire government structure and restore the constitution and law in the size and magnitude that they have always feared?  If they continue their lying ground game of deceit and if justice is not done, and those who have violated election laws are not held accountable…. they just may trigger an outcry from the people they have never even dreamed of let alone thought they would ever live to see.
Dianne Marshall