“You have to go after the oil and you have to go after it in a serious way…” no, I’m not quoting Trump, although he has shouted the exact same thing and was clobbered by the media for it. This was stated by U.S. Intelligence officials.
The oil smuggling has funded ISIS to the tune of over $500 million dollars a year.
It has been reported that the crude oil is smuggled into Turkey and from there it is transported through three ports — Mersin, Dortyol and Ceyhan — into Israel.
It is from Israel that the oil seeps into Europe:  “According to a European official at an international oil company who met with al-Araby in a Gulf capital, Israel refines the oil only ‘once or twice’ because it does not have advanced refineries. It exports the oil to Mediterranean countries – where the oil “gains a semi-legitimate status” – for $30 to $35 a barrel.” (see link below)
The son of Turkeys President Erdogan, Bilal Erdoğan, has been accused of shipping the smuggled oil through one of his maritime companies. He allegedly signed contracts with European operating companies to carry Iraqi stolen oil to different Asian countries through Bilal’s special wharfs in Beirut and Ceyhan. From these ports, allegedly, transporting the smuggled crude oil in Japan-bound oil tankers.
According to David Sheppard, John Reed and Anjli Raval, Israel turns to Kurds for three-quarters of its oil supplies. They allege that Israel purchased about $1 billion in oil from the sellers between May and August of 2015.   However, someone close to the operations reported that to be fair, the organization sells oil from caliphate territories but does not aim to sell it to Israel or any other country. It produces and sells it via mediators, then companies decide whom to sell it to.
The oil smuggling has many operatives, all out to make a buck. But the fact remains- it is stolen oil and the monies from selling the crude are financing ISIS in the middle east all which are illegal. Iraq’s leaders are now threatening lawsuits against maritime shipping companies that accept Kurdish stolen oil.
Russia’s Ministry of Foreign Affairs, [Sergei] Lavrov, sent out a press release stating, “‘By shooting down a Russian plane on a counter-terrorist mission of the Russian Aerospace Force in Syria, and one that did not violate Turkey’s airspace, the Turkish government has in effect sided with [Daesh].” Lavrov also pointed out Turkey’s involvement in the illegal trade in oil that is transported in the area where the Russian plane was shot down and the terrorist infrastructure, arms and munitions depots and control centers located there.
As tensions mounted over the smuggled oil accusations, Erdogan offered to resign if Russia could prove ties between his government and Daesh.
On Dec. 5, RT reported the United States’ was reluctant to acknowledge Turkey’s involvement in smuggling Daesh’s oil into Europe. Major General Igor Konashenkov, a Russian Defense Ministry spokesman, told a media briefing,
“‘Our colleagues from the State Department and the Pentagon have confirmed that the photo-proof, which we presented at a briefing [on December 2], of the origin and destination of the stolen oil, coming from the areas controlled by the terrorists, is authentic. However, the U.S. claim that they ‘don’t see the border crossings with tanker trucks crossing the border,’ raises a smile, if only, because the photos are still images.”
Konashenkov also stated, “So when US officials claim that they do not see oil smuggled by terrorists to Turkey, this is already not dodging the issue, but smacks of a direct patronage.” 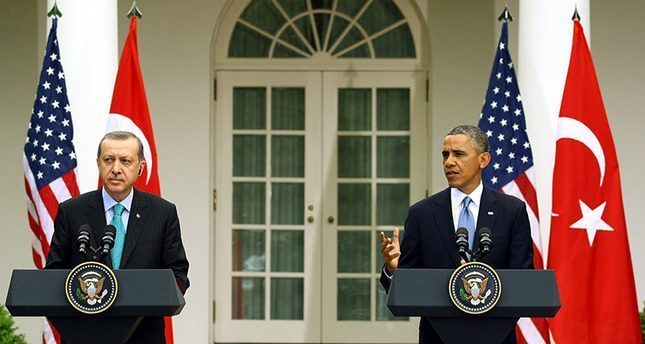 This leads to deeper questions involving the U.S. alliance with Turkey. Are we to believe that Obama and the Pentagon who are working closely with the middle east conflict with Erdogan know nothing of Daesh’s stolen oil being smuggled into Turkey? Especially when it has been reported that the U.S. had postponed bombing the area for 14 months and when they did intervene in the area they dropped leaflets from planes warning the Daesh tanker transporters in advance.
I believe Obama’s answer when asked about warning the transporters in advance was “The drivers are civilians.” Yes, that is what he said. My question to that one is, aren’t all of the terrorists considered civilians? After all, they are not a national military…at least not yet. Either way, they are assisting the enemy here.
In November, John Pilger, an award-winning foreign affairs journalist, wrote an incisive analysis of Daesh for WikiLeaks, where he argued that Daesh can only be defeated through support for the traditional enemies of the United States, and a confrontation with some of our closest regional allies:
“The only effective opponents of (Daesh) are accredited demons of the west — Syria, Iran, Hezbollah. The obstacle is Turkey, an ‘ally’ and a member of Nato, which has conspired with the CIA, MI6 and the Gulf medievalists to channel support to the Syrian ‘rebels,’ including those now calling themselves (Daesh).
Supporting Turkey in its long-held ambition for regional dominance by overthrowing the Assad government beckons a major conventional war and the horrific dismemberment of the most ethnically diverse state in the Middle East.”
Pilger compares Viet Nam and the U.S. involvement to the middle east, ”Today’s Islamic State in Iraq and Syria (ISIS). They, too, were ruthless medievalists who began as a small sect. They, too, were the product of an American-made apocalypse, this time in Asia.” (read link below)
Which lead us front and center to Obama and Hillary Clinton’s Arab Spring and nation toppling which continues to fuel the fire in the Syrian conflict. It is difficult to believe that those in league with the toppling of Assad, and the training and creation of ISIS would be ignorant of the ways and means of financing their creation. Especially in the aftermath of the botched Benghazi gun run and death of Ambassador Stephens. Let is not forget the stand down order not to defend and the deaths of the four brave navy seals. 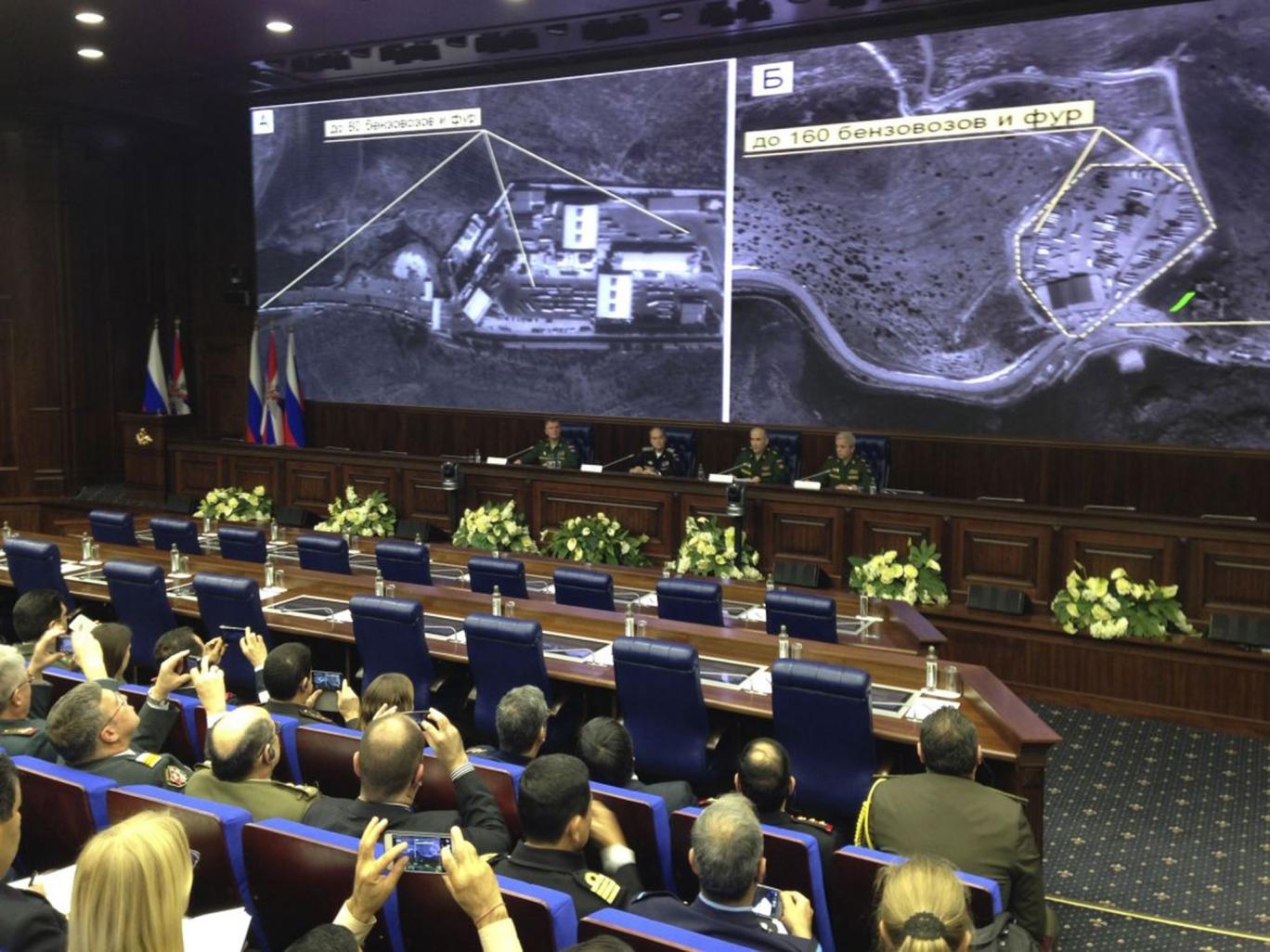 Do you really believe Obama knows nothing about where the caravan of tankers go once they fill up and leave the seized oil rigs? Do you believe he knows nothing of the oil being smuggled across the Turkish border? And if he admitted he knew of this, would he not be admitting to being an accomplice to war crimes?
Isn’t it odd that on the day of hearing much news about Obama’s possible ties to Turkeys smuggled oil, a shooting took place in San Bernardino, California? All the eyes and news outlets focused on the terrorist attack at home. The focus has remained where it was re-directed ever since, with a side show of the establishment attacking Trump for having common sense and skewing what he really said about not letting in Syrian refugees.
Now that the smoke has cleared a bit, isn’t it time to focus on the other issue again? The issue of Obama and Erdogan and their possible war crimes?
The smuggled oil trail is getting bombed by Russia, and Obama did come out and demand Turkey to close its’ borders….but will that make his involvement disappear? I have a feeling the answer is no. Not on Putin’s watch.