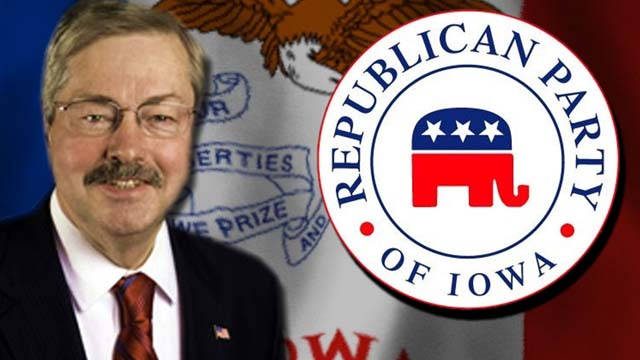 “Ted Cruz is ahead right now. What we’re trying to do is educate the people in the state of Iowa. He is the biggest opponent of renewable fuels. He actually introduced a bill in 2013 to immediately eliminate the Renewable Fuel Standard. He’s heavily financed by Big Oil. So we think once Iowans realize that fact, they might find other things attractive but he could be very damaging to our state,” Branstad said.
Although Branstad is not endorsing any candidates he left his thoughts on the economic welfare of the  State of Iowa be known to all the constituents. Iowa Congessman Steve King, an endorser of Cruz, said that Governor Brandstad sent his son out to let the people of Iowa know that Ted Cruz is a hypocrite, a liar and one who wants to hurt Iowa farmers in  order to line his own pocket.
“We should not support someone who is opposing those things that are critically important to the economic well-being of our state,” Branstad said.
Many Iowa farmers and those in the ethanol industry view the RFS as vital to their business.
Iowa is the largest producer of both ethanol and biodiesel in the U.S.
Read more here: https://www.desmoinesregister.com/story/news/elections/presidential/caucus/2016/01/19/branstad-says-he-wants-cruz-defeated-iowa/79003590/
Dianne Marshall