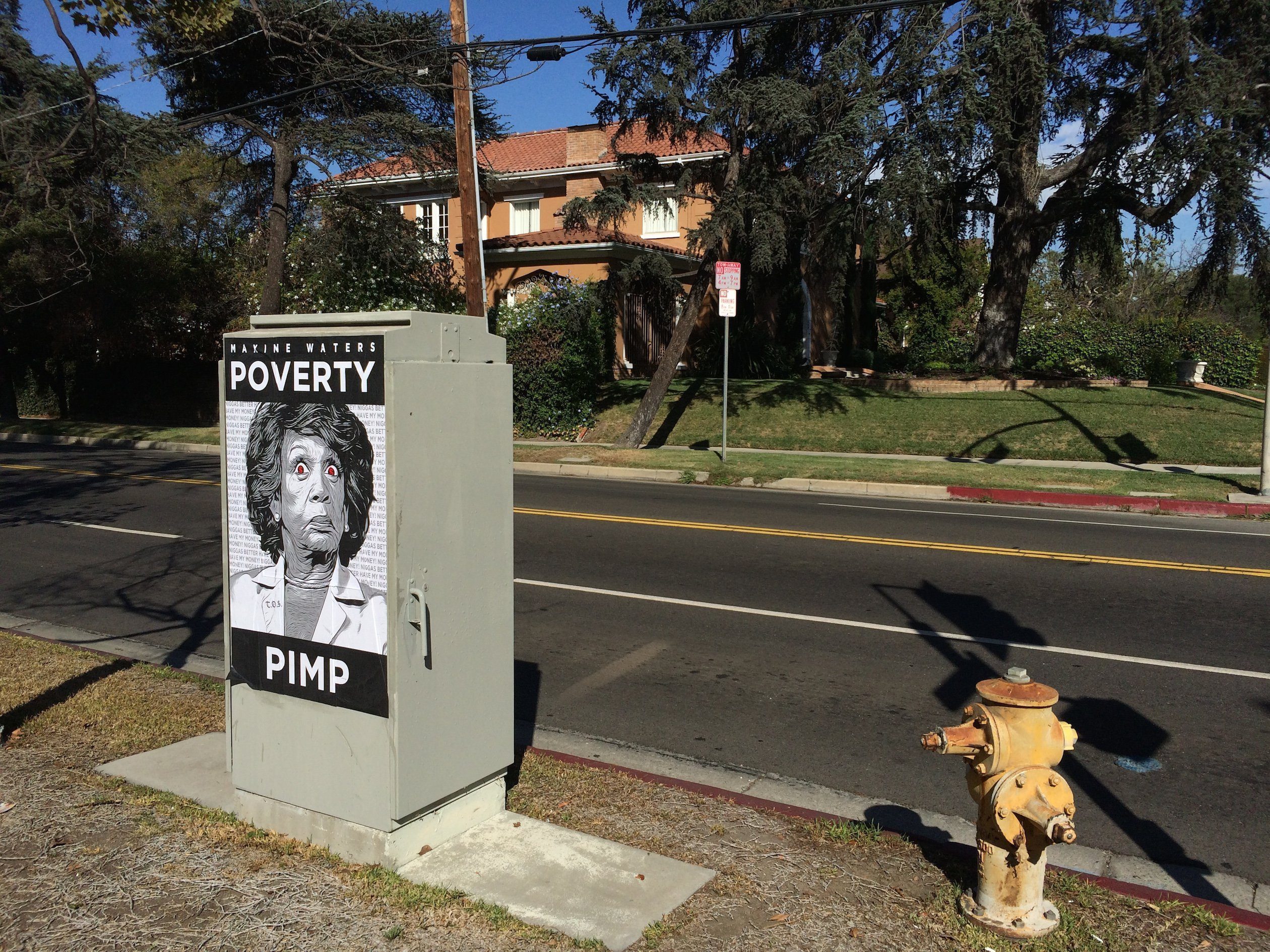 Why did Maxine Waters pay her daughter $750,000 to mail flyers?  We need a private investigation to look into this serious criminal act of misuse of campaign funds!  This looks like a very serious, criminal act. 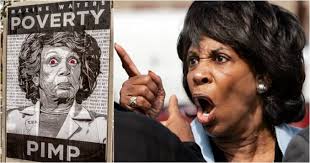 And how does Maxine afford a $4.5 million dollar mansion in Hancock Estates? Karma is just around the corner and it is a sharp corner!

“Dozens of protesters recently gathered outside the congresswoman’s L.A. home, including Omar Navarro. He ran against Waters and lost in 2016 but as KABC reports, he’s getting ready for round two in 2018

“‘Hashtag Impeach Maxine’. See Maxine is talking about impeaching President Donald Trump and yet she doesn’t ask herself what about her? What about her not doing her job for 35 years?”, asked Navarro.

The protestors, accompanied by a mariachi band, included members of the black community and Latinos for Trump, who are calling for Waters to resign. They are in support of her 2018 congressional opponent, Omar Navarro.” 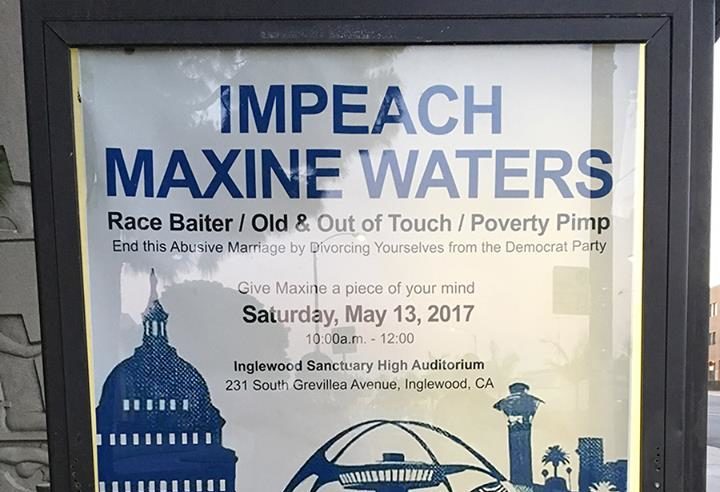 Her district is already calling for impeachment.  Street signs have been launched and it isn’t going away.