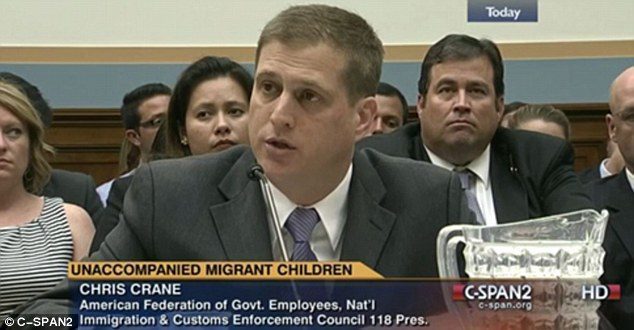 CHRIS CRANE, Immigration and Customs Enforcement (ICE) Council President is not happy with Sen. Marco Rubio (R-FL) for his recent smear against him. In an email to Rubio.  Crane issued the following statement:
“You recently lied to the American public on FOX news regarding my current status and career as both an ICE Agent and Officer. I challenge you to make yourself available, as a United States Senator and Presidential Candidate, so that I may present my badge and credentials to you as proof that your comments on FOX news are false.”
It appears that Rubio took a jab back at Crane for writing his detailed account published last week of how law enforcement was treated “like absolute trash” by Sen. Rubio when he was pushing efforts for his donor-backed amnesty and mass immigration bill through the Senate. In retaliation, Rubio appeared on national television and denounced ICE Officer Crane and his service to the nation as nothing more than a union leader.
Rubio told Neil Cavuto, “He’s not an ICE official. He’s the head of a union.”
Rubio dodged Crane’s accusations because they were published by Breitbart News and he never reads that report because, Rubio said, “I literally don’t talk about the things they (Breitbart News) report because they’re basically conspiracy theories and often times manipulated. And that individual is not an ICE official, he’s the head of a union.”
In the article, Crane stated that Rubio absolutely knowingly misled the American people about his Gang of Eight bill, and that violent street gangs were literally able to lobby Sen. Rubio and the Gang of Eight more effectively than law enforcement.
The truth is Chris Crane has served his nation as an ICE officer for 13 years. He is a former U.S. Marine, a lifetime member of the Veterans of Foreign Wars, and a lifetime member of the American Legion. Sen. Jeff Sessions (R-AL) has described Crane as “an American hero” for blowing the whistle on immigration corruption.
Crane who is the spokesperson for approximately 6,000 ICE officers and personnel is not going to allow Rubio to tarnish his reputation, nor lie about the facts he has presented. He stated, “Because I am a whistleblower and law enforcement officer who frequently testifies before Congress, and provides information to the public by way of media interviews, it is critical to correct the public record.”
The GOP political establishment campaign ideology for 2016 seems to be- if you look bad when the truth is told, lie like hell. Crane stated for Rubio, “to set the record straight… is the honorable thing to do.” It has appeared from the onset, as the world saw in Iowa, there is nothing honorable about this election process so why should any expect Rubio admit the truth now? 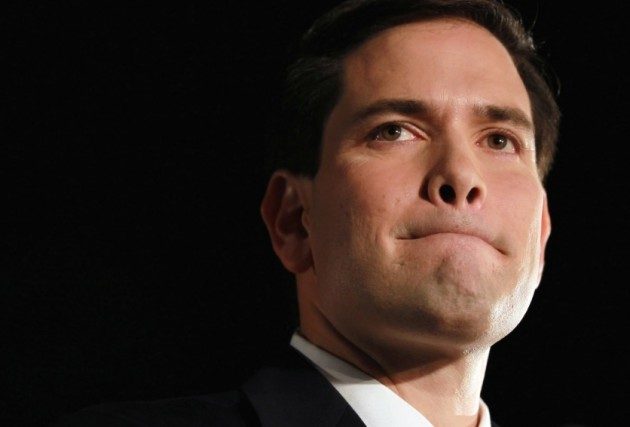 Yet, the facts are that Rubio’s Gang of Eight immigration bill — supported by La Raza, Sen. Barbara Boxer (D-CA), Sen. Dianne Feinstein (D-CA), and all Senate Democrats — would have added 33 million permanent immigrants on green cards in the span of one decade, or nearly 12 new permanent immigrants for every one current resident of the state of Nevada. See full report: https://www.breitbart.com/politics/2016/02/23/exclusive-ice-officer-rubio-lied-american-public-fox-news-challenges-meet/
Even Laura Ingraham, nationally syndicated talk show host, suggested that Rubio the long-ailing gang of champion may have hit an irrecoverable roadblock as she described as his , “Oops… Rick Perry moment.”
Ingraham pointed out on her talk show, how Rubio’s scandal with Crane now seems to hit him in three areas that pose unique challenges to his campaign.
First, Rubio’s denunciation of Crane draws attention to Rubio’s broader position on immigration, which is at odds with the overwhelming majority of the GOP electorate.
“Those sound bites from Marco Rubio,” Ingraham said, referring to a separate Rubio interview, “tell you everything you need to know about where he’s going on immigration. This is open borders, let-them-all-in, and cut a deal with the Chamber of Commerce approach to immigration… he is absolutely going to push amnesty if he’s president of the United States. I have no doubt about it. No doubt.”
https://www.youtube.com/watch?v=Xb2_3R6oHSQ
Note: According to Pew polling data, 92% of the Republican electorate is opposed to Rubio’s desire to expand immigration levels.
Second, Rubio’s attempt to lie about and demean ICE officer Chris Crane draws attention to questions about Rubio’s treatment of America’s law enforcement. Rubio has been critical of America’s police force, he has previously suggested that there is systemic racism amongst the nation’s police force — saying things like – police officers pull drivers over solely based on the color of the driver’s skin. Some of Rubio’s prior comments prompted Black Lives Matter’s DeRay McKesson to reach out to Rubio via twitter to request a meeting.
And let’s not forget in the past, Rubio has also expressed praise for the rap artists behind the ‘F— Tha Police’ anthem.
Third, and most importantly, the Crane scandal hits Rubio on questions of honesty and integrity, or the lack of we have been watching coming from the Cruz camp. One more joining the ranks of voter mistrust.
Right now it is obvious the only one the voters can trust to tell the truth regardless of what is politically expedient or what would please donors and pundits is Donald J. Trump who is self-funding and only owes his loyalty to the American people.
Funny how in 2013 when Rubio wasn’t running for president he had this to say to his constituents about Chris Crane:
“We did get input from ICE. I actually met with a gentleman named Chris Crane… His frustration, and the frustration of many ICE agents, is that they’re not being allowed to enforce the law.” 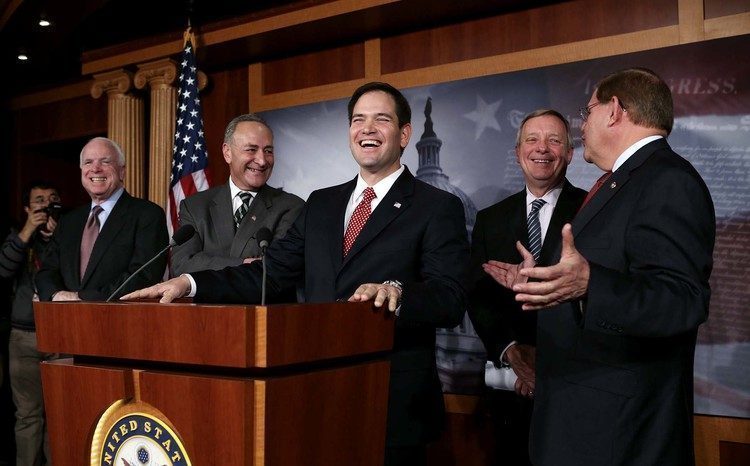 In 2013 when it was politically advantageous to do so, Rubio highlighted his meeting with Crane in order to give the appearance that the Gang of Eight was seeking input of law enforcement—for in the end, they all ignored every one of Crane’s requested changes to the bill.
In reports from the Center for Immigration Studies’ Jessica Vaughan seemed to confirm Crane’s assertion that “violent street gangs were literally able to lobby Sen. Rubio and the Gang of Eight more effectively than law enforcement.” As Vaughan documented in 2013, “The bill allows the legalization of aliens who have been convicted of up to three misdemeanors”:
https://www.rt.com/usa/331510-cruz-clinton-sanders-ron-paul/#.Vsy_CMcwPXQ.facebook
So it is what it is. This election year each person needs to listen with a grain of salt, then be diligent to find out what the real facts are, for lies seem to be coming from politicians mouths with no shame at all. It is obvious the establishment has been so devious in their actions against the people, all they can do now is smear, lie, and hope nobody presents the real facts.

If no one else will, fear not, sooner or later Trump will bring it into the light for all to see. But, for now….others, even Breitbart has given you a candle. Read the truth and know the real conspiracies are coming out of the establishment controlled government in Washington D.C.!
https://www.breitbart.com/politics/2016/02/23/laura-ingraham-says-rubio-campaign-effectively-now-hes-gone-war-ice-officer/
Dianne Marshall