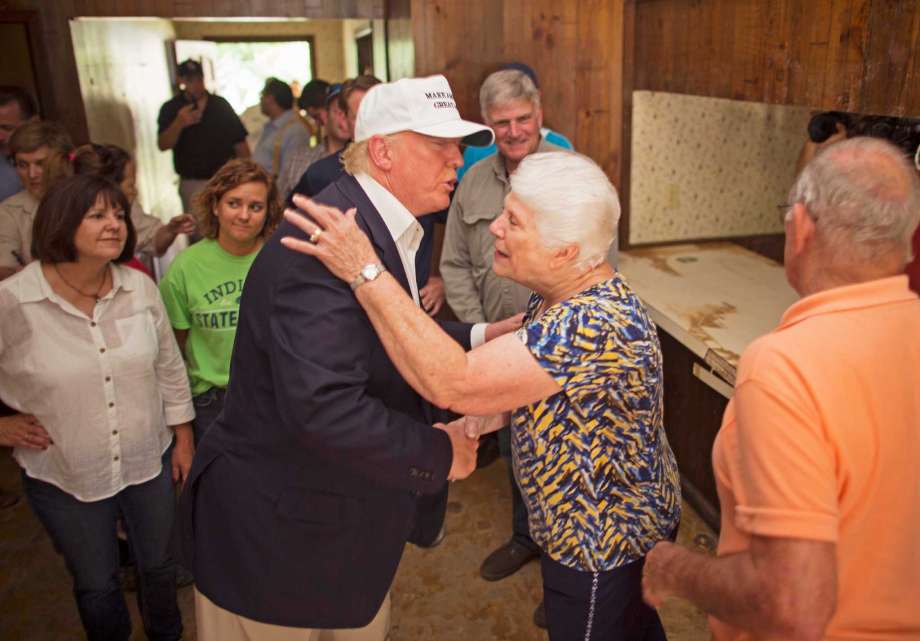 Hillary’s campaign has boiled down to a public display of “Kill, steal and destroy!”  If the Clinton  body counts, Benghazi,  the DNC debacle, email WikiLeaks and other ilk weren’t bad enough, Thursday,  the Daily Caller  reported her campaign stated in a fund raising email, “If elected, Hillary  promises  to destroy the pro-Trump Breitbart.com,  telling supporters the site has no “right to exist.”
“We’ve had a conservative media in this country for a while,” says the email, signed by campaign deputy communications director Christina Reynolds. “I don’t always like what they have to say, but I respect their role and their right to exist.”
But then in typical Clinton off with their heads style, Reynolds added, “Breitbart is something different.” 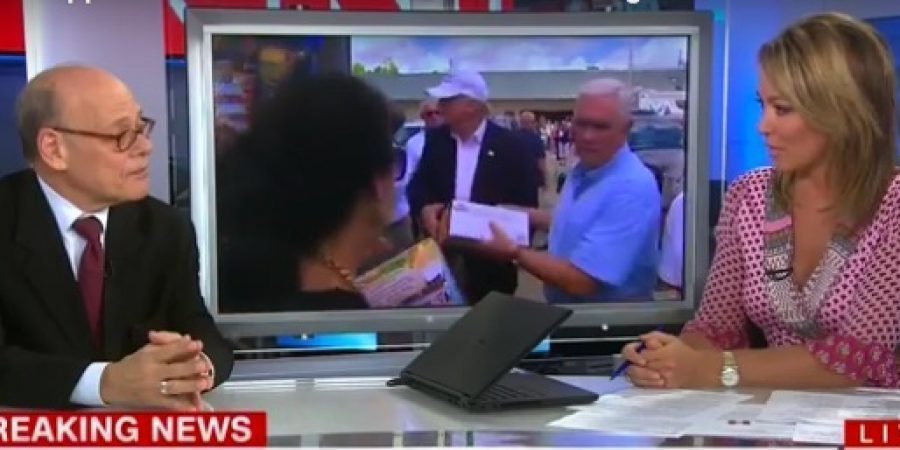 Hillary Surrogate On Her Absence From Comforting Flood Victims In Baton Rouge: “I’m Not Sure”.
“They make Fox News look like a Democratic Party pamphlet. They’re a different breed altogether — not just conservative but radical, bigoted, anti-Muslim, anti-Semitic conspiracy peddlers who never have been and never should be anywhere near the levers of power in this country”.
Campaign director  Reynolds let it be known that  one of their campaign’s goals is to destroy the site.
“It goes without saying that we have to beat these people. But I want to beat them so decisively that their kind never rises again,” stated Reynolds.
If that wasn’t bad enough she indicated that this was one among other conservative sites that Clinton would have no problem taking official action against. So what else is new?  Any villain in any movie who is melting or about to meet their end…generally go full throttle into “If I can’t have it no body can mode!” Read more here. 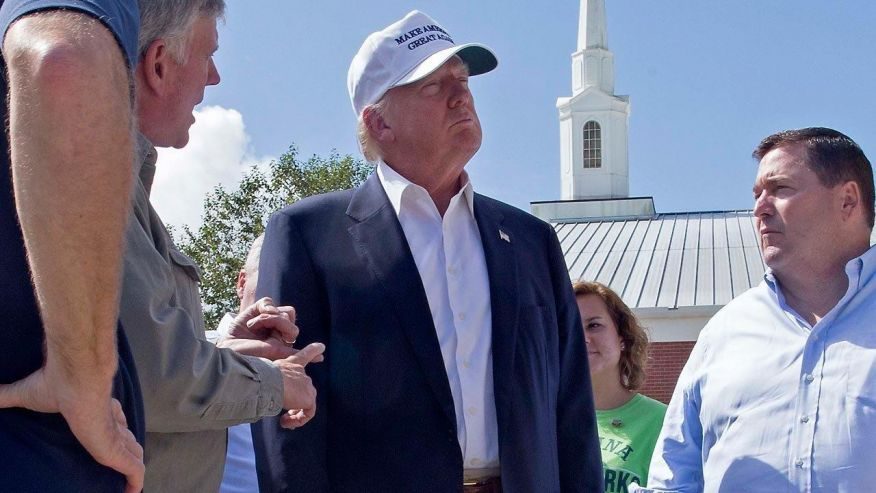 Meanwhile Trump is boots on the ground assessing how he can help the flood victims in Louisiana.  He is rolling up his sleeves in the middle of a major campaign and helping Samaritan’s purse  with helping  the folks in Baton Rouge! 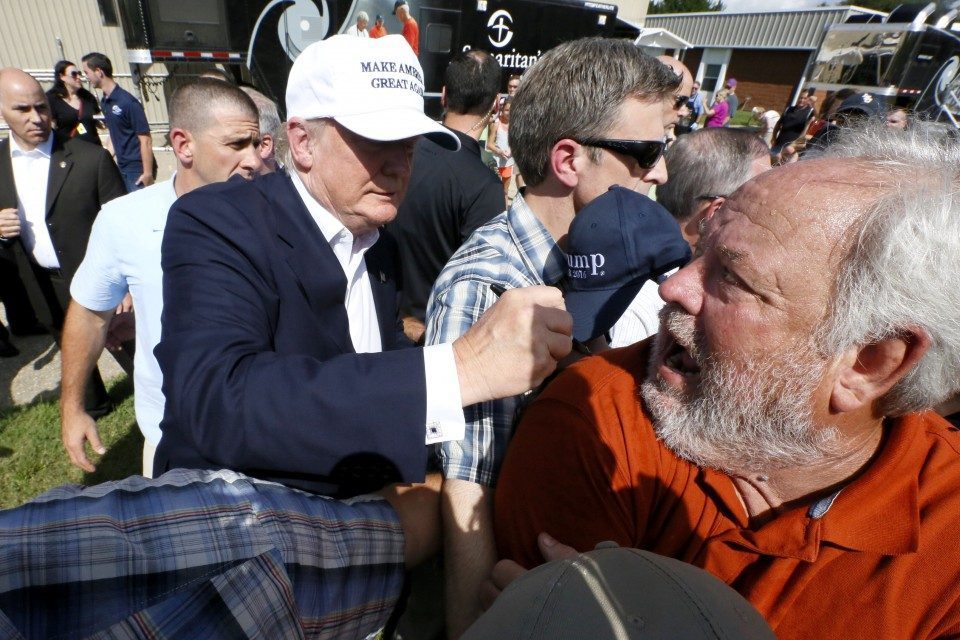 Trump has one mission and that is to help Americans across the land in order to restore this great nation!  As the people expected and shouted, “We knew you would be here!”  Why did they shout that?  Because they know Trump is a man of his word to restore all of America especially those in need…and this is a time of grave distress!
https://www.youtube.com/watch?v=k8umGsnwjD4 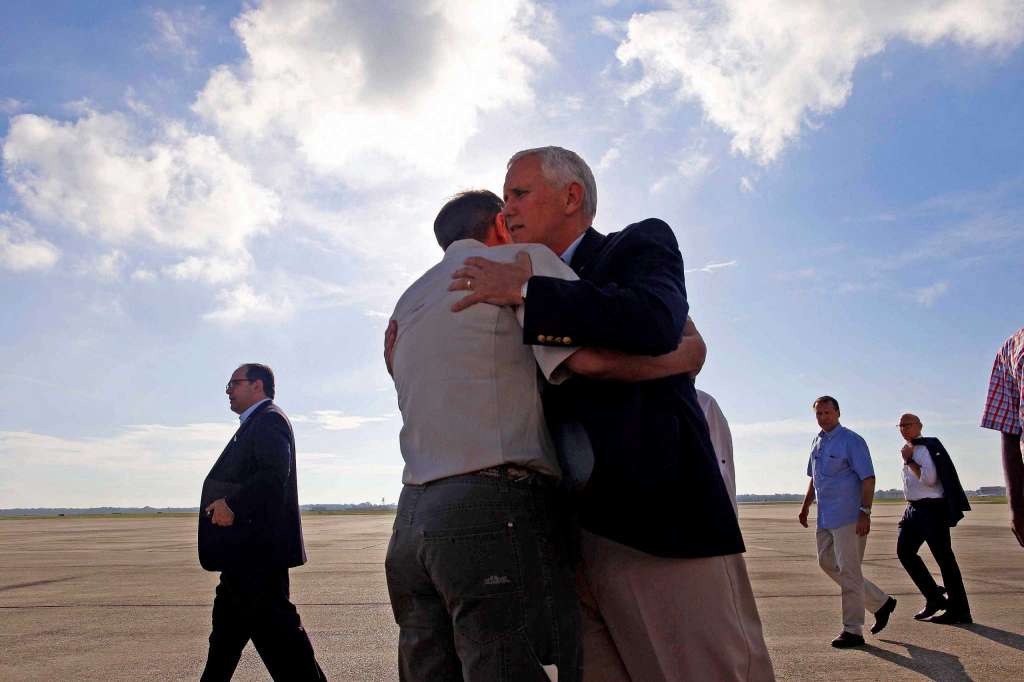 Vice President Elect, Governor Mike Pence, was met with great comfort and joy when they landed in Baton Rouge.  Sometimes people forget how important it is to those in need to have the comfort of those who care.  Genuinely and not just for political show. There was nothing in this trip in the so called photo op(s) that remotely mimic political hoorah.  Not like in the past where a president is seen on the plane looking down on a city and then later talking to the governor…then – gone outta there!  Which is followed by sending in formaldehyde FEMA trailers…and national guard if need be???  That isn’t what happened here folks! 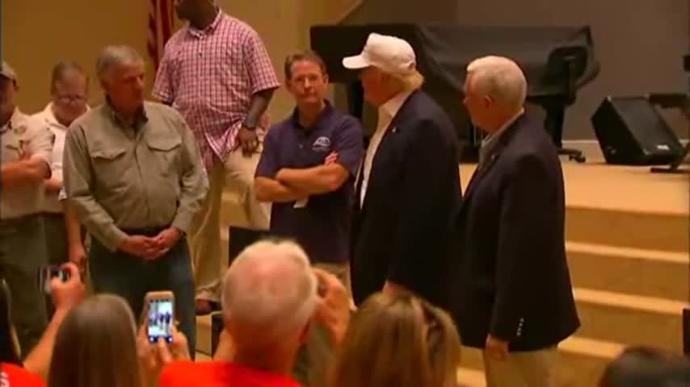 Trump is working with Franklyn Graham and Samaritans Purse to help restore and rebuild. Amen.  We need more men like Trump and Pence.  This next generation has hope in following the role models of these great men!  All of them.
Dianne