HEADLINE SHOULD BE: U.S. COURT DEMANDS TRUMP ALLOW BIG INDUSTRY TO CONTINUE WITH GENOCIDE. - The Marshall Report Skip to the content 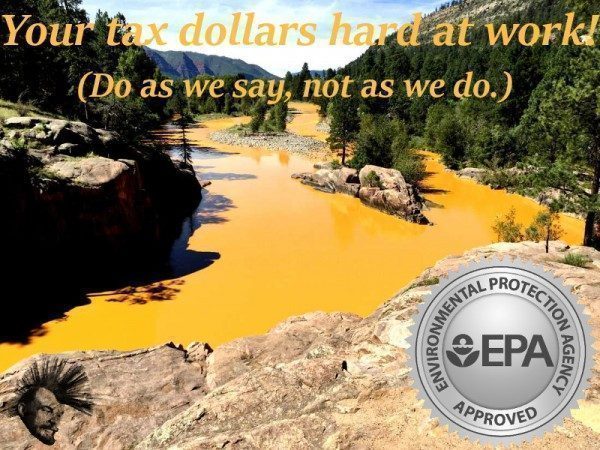 US COURT DEMANDS PRESIDENT TRUMP ENFORCE THE CHEMICAL SAFETY RULE? JUST WHAT RULE IS THAT? The EPA is in bed with big fertilizer and has been at least since 1993 with Bill Clinton and his executive order that turned the USA over to the New World Order Sustainable Development for the 21st Century and in so doing, over rode the clean water act that was already in place and since then it has all but been ignored.  While mandates from the United Nations were implemented quickly under the Obama Administration. 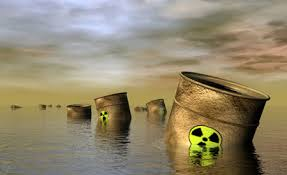 It is so strange to me that with all the laws on the books no one is enforcing them.  Instead they are rewriting the laws with new laws and orders that have made our bill of rights and constitution a joke.  President Trump is over riding these bad E.O.’s and replacing them with E.O.’s that restore the bill of rights and our constitutional law.

Which brings us to the 2016 CHEMICAL SAFETY WATER RULE  that Trump ended- in a nut shell, THE CORPORATIONS that pollute get to help write the rules, and many states are not allowed to write rules. There is little if any public transparency.  The 2016 clean water rule, is an amendment to the decades old clean water act and it asserts federal control over small waterways such as wetlands, streams, and rivers in order to balance pollutant levels.  President Trump blasted this rule as “HORRIBLE” saying it “has sort of a nice name, but everything else is bad.”

READ THE ENTIRE ACT HERE: —This Act may be cited as the ‘‘Frank R. Lautenberg Chemical Safety for the 21st Century Act’’. ( 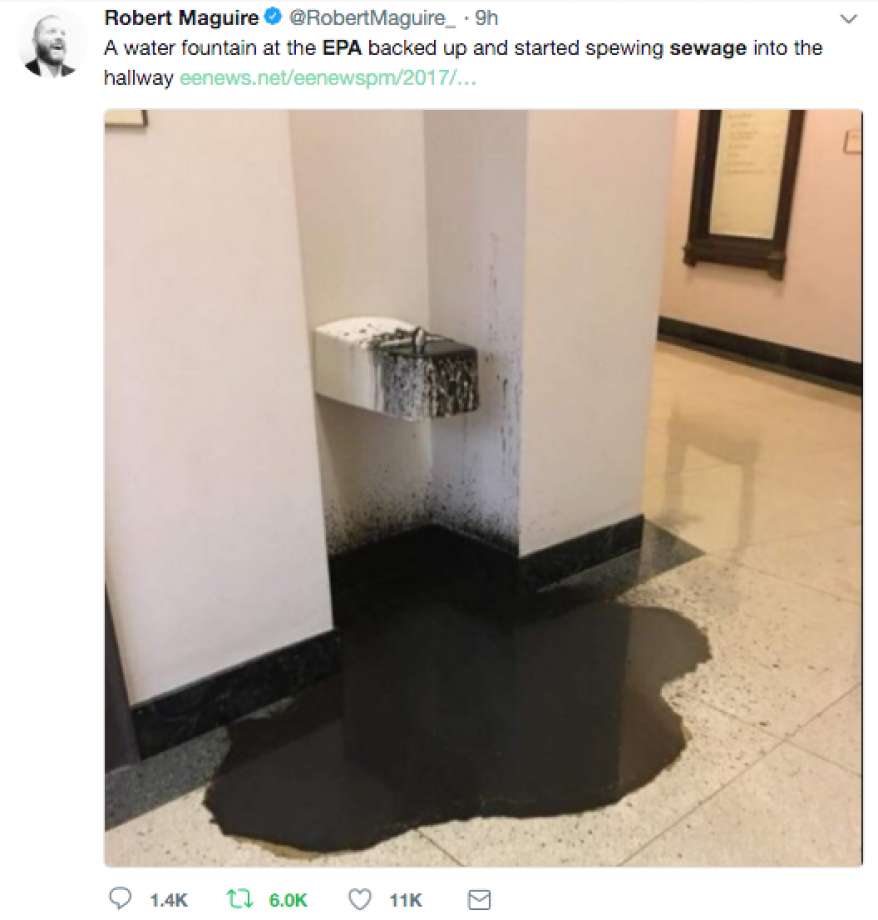 The official title of the Chemical Safety Rule explains a lot. It is officially titled, “The Frank R. Lautenberg Chemical Safety for the 21st Century Act” and was signed on June 22, 2016.  This has sustainable development new world order United Nations Mandates dripping all over it. The chemical safety rule, in the legislation has significant provisions that the chemical industry asked for, such as restrictions on what states can do on their own safety rules, which the industry said is essential for certainty and to avoid a patchwork of rules.  (I’m sure that is another reason President Trump ended it.  It is a mandate with little transparency.  Behind closed doors and crooked deals with EPA allowing fake testing.  That is how Monsanto got away with pushing cancer causing carcinogens off to the public as safe, as the recent Jury Trial has shown.  Also shown in this Monsanto case is years of EPA being bought off to allow the corporate giant to do its own testing.  But…don’t let the states decide a thing, right? That is all wrong. The act is unconstitutional…but so are most all of Obama’s legacies.

Remember people, the Obama’s “Chemical Safety Rule” was put in place after the West Fertilizer company in Texas exploded in 2013. (remember people saw what looked like a drone strike it? Several caught it on film!) This apparent convenient (false flag) toxic chemical release prompted the act. It left a wave of destruction injuring hundreds and killing first responders.  The ammonia fumes in the air forced evacuations and made people sick and many more died than was reported.

But Obama had a bill ready to stop things like this from happening again.  (How convenient?) One major flaw is there wasn’t any protection from future drones crashing into chemical plants and it really didn’t stop anything.  It just made it easier for the bio diversified genocide to continue on a silent level.  It contributed to more toxic air, soil, and water and shielded the EPA from being held accountable.

At that time the Obama Chemical safety board had a budget of 11 million dollars to oversee the entire country with 25 investigators.  That is not even enough for one in each state.  That paved the way to allow action on the new bill The Frank R. Lautenberg Chemical Safety for the 21st Century Act. It was passed in 2015.  It had just celebrated it’s one year anniversary  June 22, 2017.

EPA has completed the following implementation activities at this one-year anniversary:
Finalized a rule to establish EPA’s process and criteria for identifying high priority chemicals for risk evaluation and low priority chemicals for which risk evaluation is not needed. In response to public comments, this final rule affirms EPA’s commitment to following the best available science, engaging stakeholders in the prioritization process, and recognizing the value of designating chemicals as low priority when appropriate. Read more: EPA Risk Evaluation

President Trump had to over ride this act.  He is not leaving the people open for chaos, there is a law in place called the “Clean Water Act”.  This act does more to secure public safety and does not allow loop holes for lobbyists and it doesn’t allow bedfellows with corrupt departments.  A suit was filed stating that the Clean Water Act did not have safety standards in place to guard against another fire like the one at the West Fertilizer Plant…that blew up causing devastation.

My question is this…”How does one safeguard against a false flag drone attack that can only be perpetrated by someone inside the government infra structure?”  The EPA has what in place for this? 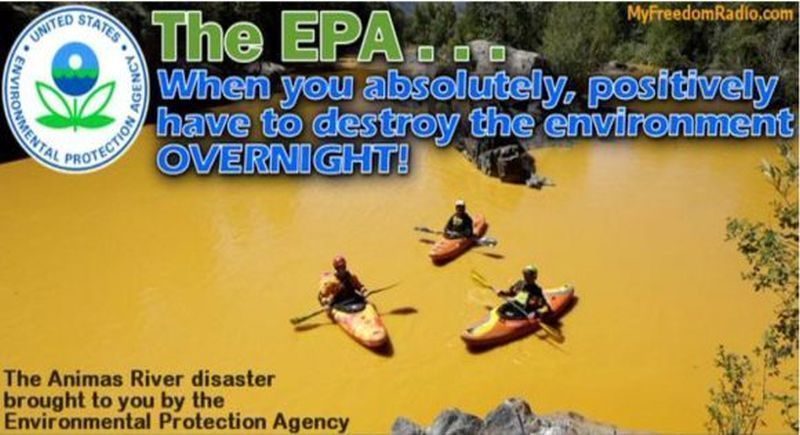 The chemical safety rule, in the legislation also has significant provisions that the chemical industry asked for, such as restrictions on what states can do on their own safety rules, which the industry said is essential for certainty and to avoid a patchwork of rules.  The official title of the Chemical Safety Rule explains a lot.

Environmental groups sued to stop the delay, arguing that it was illegal and dangerous
Friday’s decision was written by Judge Judith Rogers, nominated by President Clinton; and Judge Robert Wilkins, an Obama nominee. Judge Brett Kavanaugh, a George W. Bush nominee, participated in the case and heard oral arguments, but did not participate in the decision or dissent from it. Trump nominated Kavanaugh last month for the Supreme Court, and his confirmation is pending in the Senate.

The question is…did President Trump see this coming and is using their own legislation to his advantage to address the issues now….as like in Michigan, Texas and Florida, there is no time to wait….but, on the other hand the act allows for years to decide on the matter, which is undoubtedly one of the horrible parts Trump did not like about the act.  Or is there a chess move Trump is making that will be followed by the words “check mate” at the end?

Clean up the water is all we want….and to stop the toxic dumping and the misuse of chemicals.  Will President Trump get that done fast?  I believe so.  If he doesn’t….we’re all collateral damage!